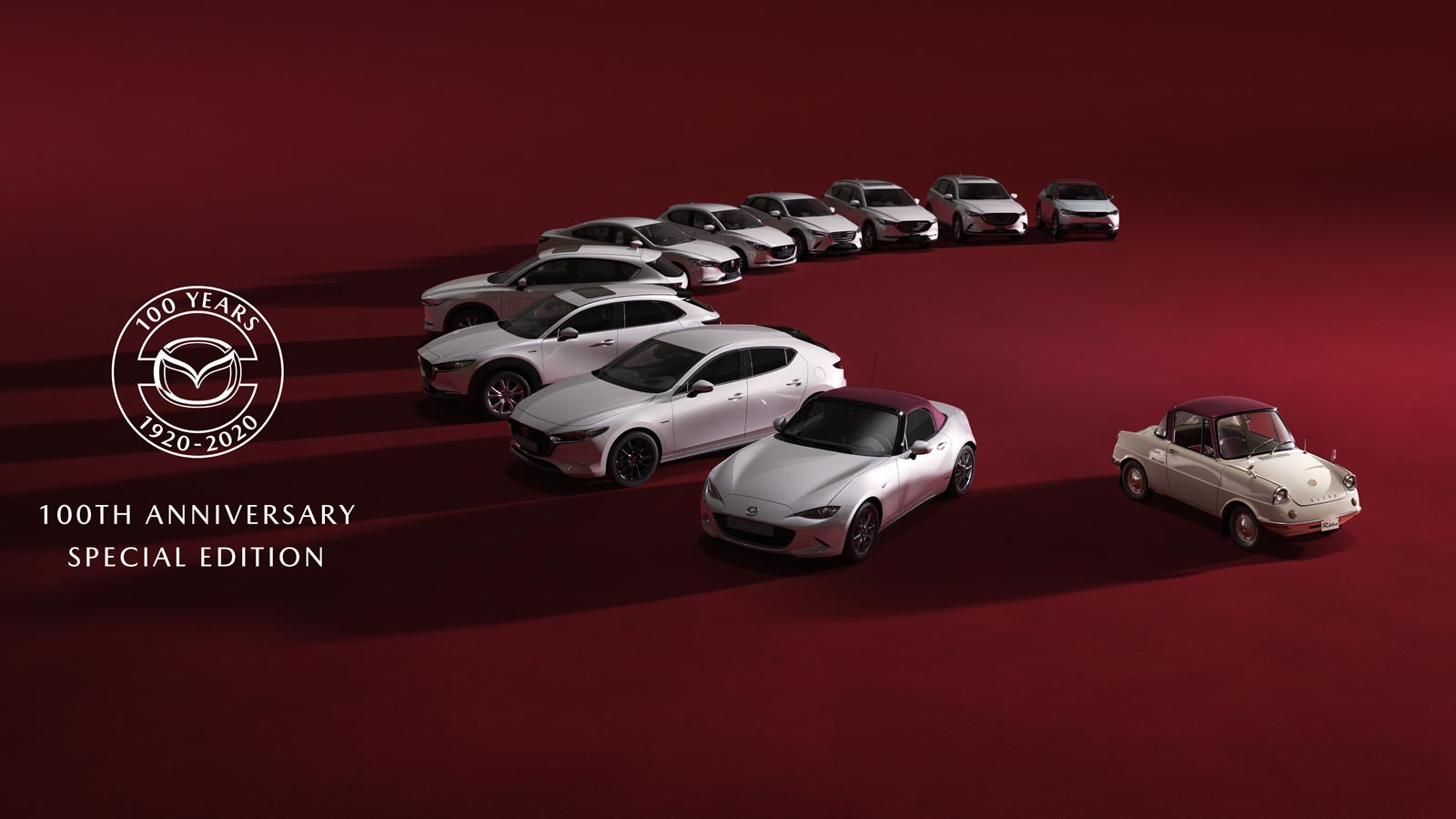 A century of cork and fun-to-drive automobiles.

On January 30, 2020, Mazda celebrated its 100th anniversary, although the company founded by Jujiro Matsuda was initially called the Toyo Cork Kogyo Co. Ltd. As its name implies, the Hiroshima-based business’s name suggests, it devoted itself not to automobiles, but the production of cork. 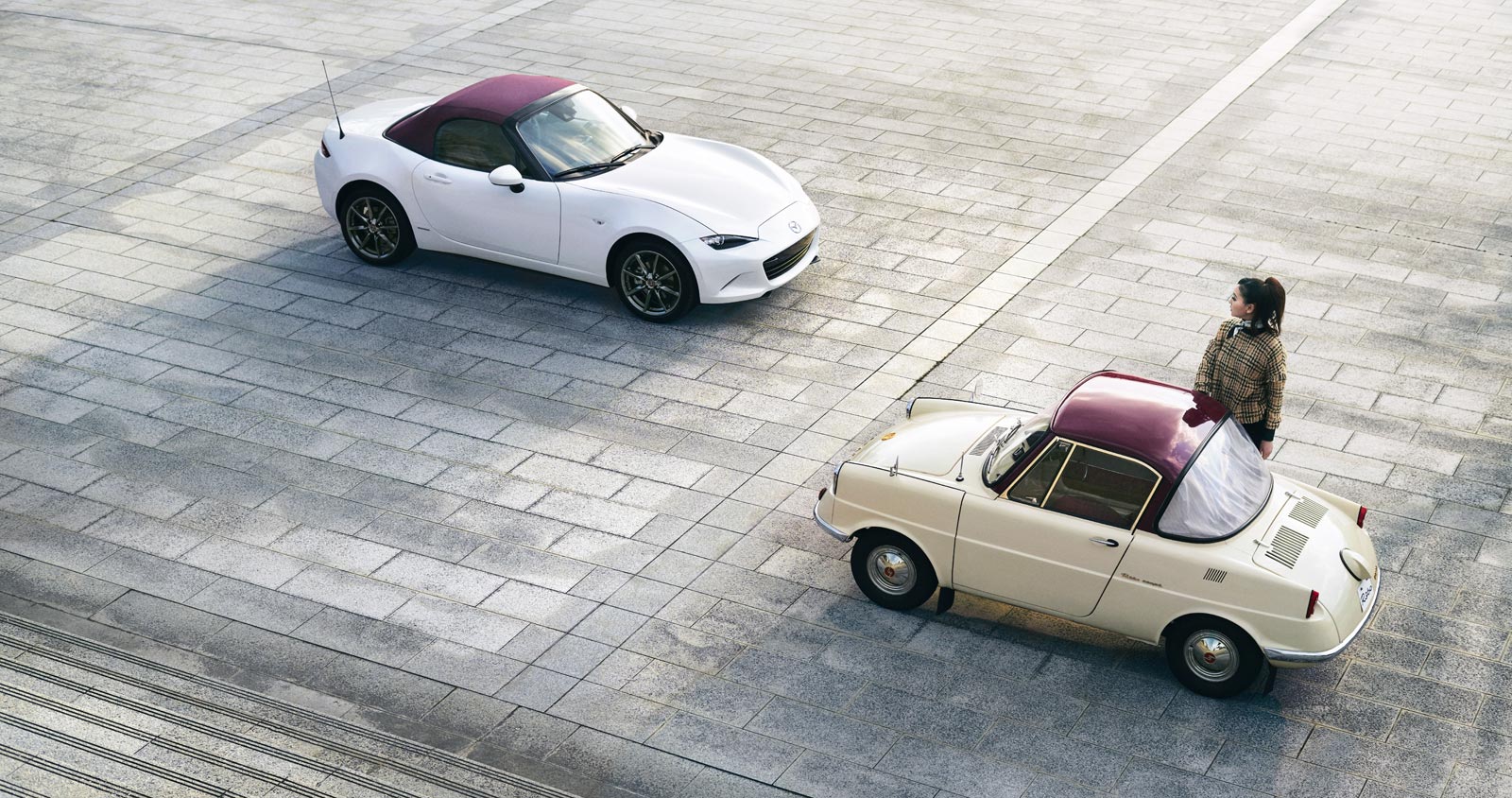 After a rocky start, including having being saved from bankruptcy from the bank and other business leaders in Hiroshima, then-renamed Toyo Kogyo introduced its first motor vehicle, a three-wheeled open “truck” (or a motorcycle if you will) called the Mazda-go. Through WWII, the company’s military effort included the production of weapons, and it didn’t launch another new car until 1960, when the four-wheeled Mazda R360 Coupe came along. It was followed by the Carol in 1962 and the 800 in 1964—which was also known as the Familia in Japan.

Fast forward to today, and Mazda is popping the cork off the champagne bottles alongside its newly introduced, 100th Anniversary Special Edition Series models. Every core model in the brand’s lineup will be available in this series, which includes the Mazda2 (not sold in Canada or the U.S.), Mazda3, Mazda6, CX-3, CX-30, CX-5, CX-8 (not sold in North America) and MX-5. It’s unclear if the CX-9 will get the special-edition dress-up too. 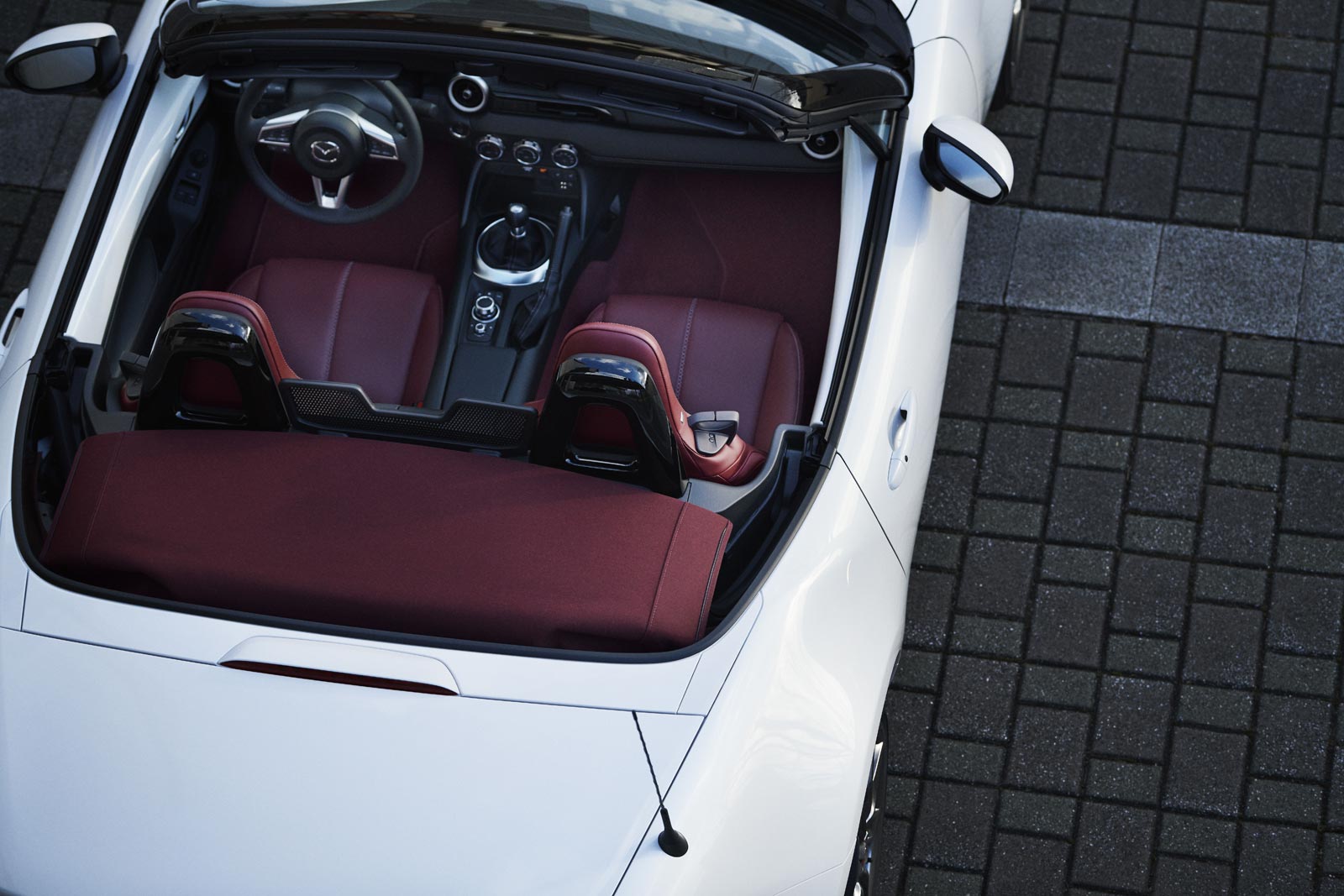 The Mazda 100th Anniversary models will boast a two-tone, white-and-burgundy colour scheme, paying tribute to the R360 Coupe. The vehicles will also get other trim details and a 100th Anniversary logo, such as badged floor mats, embossed headrests, burgundy carpeting, an embossed key fob, badged wheel centre caps as well as a badge on the front fenders. The white paint is Snow Flake White Pearl Mica.

The first 100th Anniversary models will roll out in Japan first, from June to September, and other markets will follow thereafter. Mazda Canada stated that it will provide more information on availability in our country later this year.

It will be the new Honda Civic Type R’s clone. Pricing will once more be a huge topic of discussion. When Acura publicly stated...
Read more
Previous articleCadillac’s Blackwing V8 May Not be Completely Dead Yet
Next articleFisker Ocean Electric SUV Is Dressed Up To Go Anywhere