News Mazda Is Working On A New Inline-6 Cylinder Engine And An 8-speed... 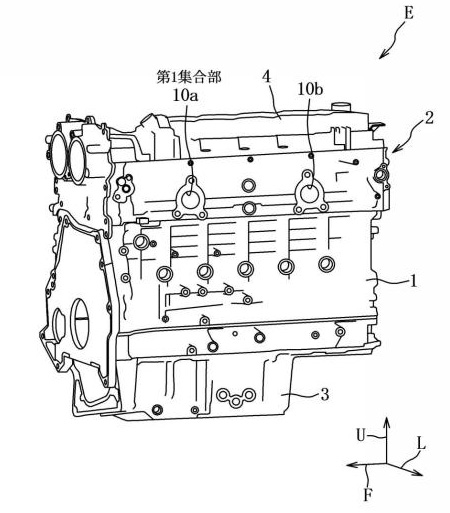 Patent applications by Mazda have been found for a new inline-6 cylinder engine and 8-speed automatic transmission.

The list of gorgeous concepts revealed by Mazda over the last half-decade has sparked many conversations. The Kai concept, the one that would become the current Mazda3 Sport, aside, all others are more midsize than compact making us wonder what will power hopeful production versions. The news of an inline-6 cylinder engine is not entirely new but some of its technology is.

These patent applications were spotted by a blog called T’s Media and it goes on to describe something about this new inline-6’s engine exhaust structure.

“Provided is an engine exhaust structure capable of ensuring exhaust efficiency while reducing the size of the engine by changing the structure of the exhaust port.

From this quote, we stick mostly to part about “reducing the size of the engine.” As you might remember, Mazda was very good at designing and building small displacement sixers. The MX-3 was available with a 1.8-litre V6 and the MX-6 (and Ford Probe), a 2.5-litre V6. It’s difficult to extract much more than what could be an integrated exhaust manifold based on the image that illustrates the tall block. An integrated exhaust manifold means that the exhaust collector is actually part of the cylinder head as opposed to being mounted separately.

As for the 8-speed automatic transmission, we assume it will replace the 6-speed unit in upcoming Mazda vehicles.

These patent applications are signs of good things to come from Mazda, we hope.

The automaker Tesla used the day on January 26 to unveil its results for the final quarter of 2021. Unsurprisingly, the U.S. division once...
Read more
Previous articleHydro-Québec Teams Up With Mercedes-Benz For Solid-State Battery Development
Next article2021 Cadillac Escalade Has a 38-Inch Screen and a Diesel Engine