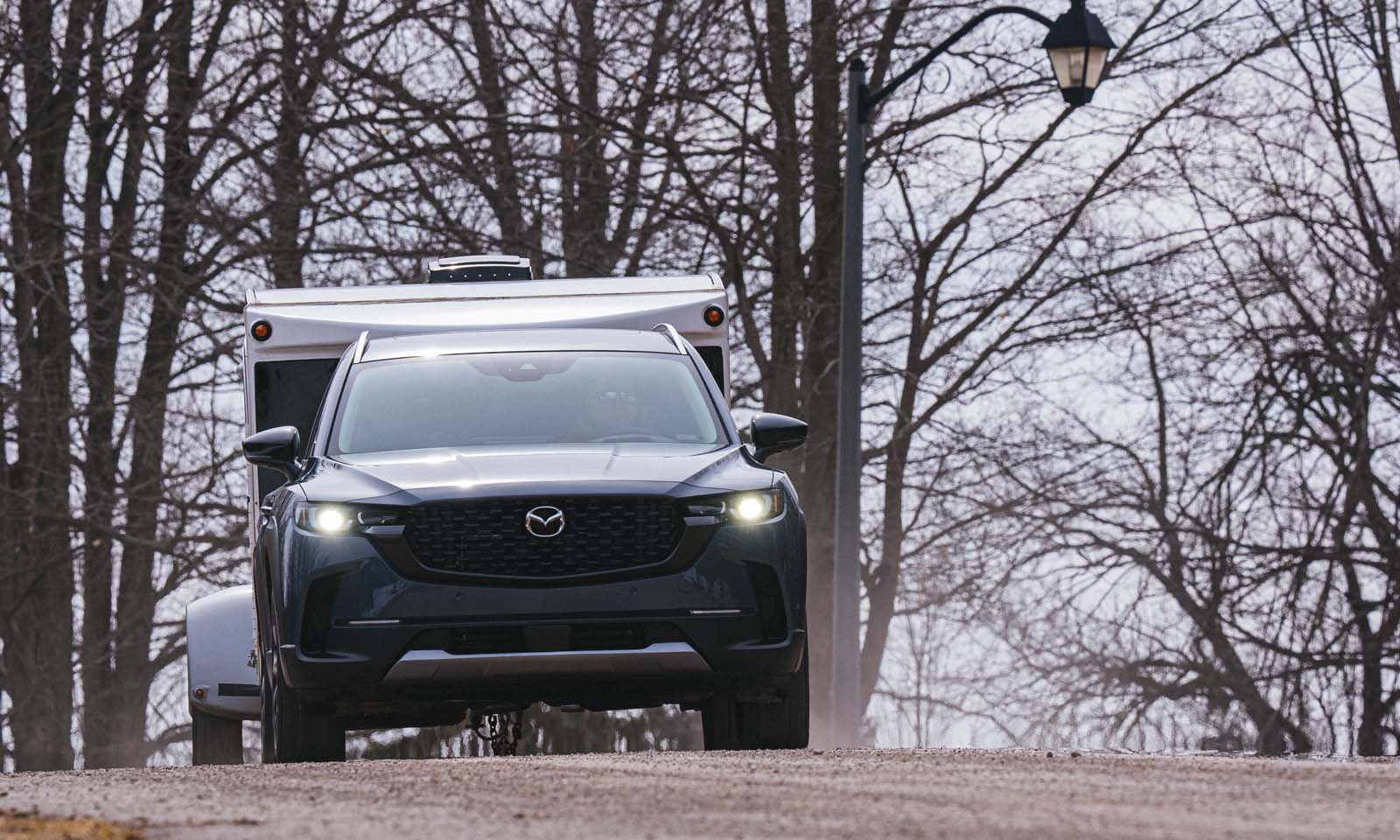 Essentially, short of the sublime MX-5, all other current Mazda vehicles are front-wheel-biased cars and SUVs with the possibility of AWD. Mazda has been working on a new RWD platform which has now debuted with the new CX-60, and we know it’s not coming to North America. This leaves the CX-70 as the next possible candidate.

As we know, the new platform will focus on RWD and AWD propulsion and has been designed to handle a straight-6-cylinder engine. Recently, a patent application was discovered, and it referenced a “four-cylinder engine and is installed in the vehicle by longitudinal placement”. Although nothing is specified or confirmed, this may very well be the same hybrid engine offered in the CX-60.

In the latter SUV, the PHEV powertrain generates a total of 322 horsepower however, for North America, we agree with carbuzz when it comes to output. We see two possibilities, one being lowering the output in favor of efficiency. The other would be ditching the heavy and burdensome 17.8 kWh battery and simplifying the drivetrain down to a simple, typically overall more efficient and less expensive, hybrid.

$5.5 Billion of this investment will go toward a new factory in Georgia that will only build electric vehicles. The other $3 Billion...
Read more
Previous articleThe Shortage of New Vehicles is Not Only Due to Supply Issues: Transport is Also a Problem
Next articleHybrid Vehicles are More Likely to Catch Fire than Gasoline or Electric Ones