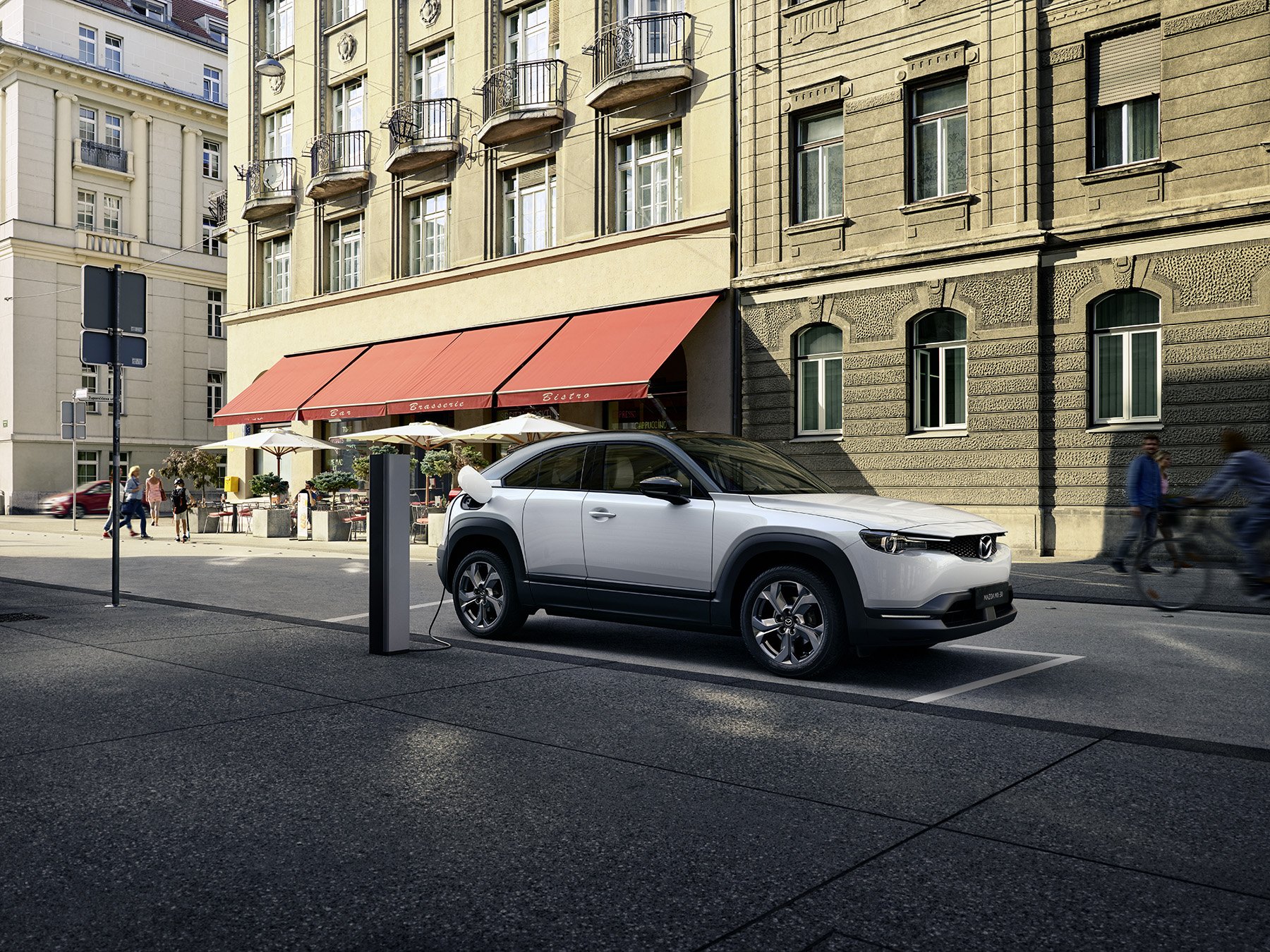 Mazda just gave Canadians an update on its electric plans, and there is both good and bad news. The good is that if you want a PHEV from Mazda, you should have two choices starting next year. But if you’re looking for an EV with more range than the MX-30, it is going to be a while.

Mazda still plans to be 100 percent electrified by 2030 in North America, with EVs in all of its key segments, but electrified means a mix of hybrids, PHEVs, EVs, and 48V mild hybrid models. The latter, used by many to strengthen their list of “electrified” offerings is often little more than a more active start-stop system.

Two new mild hybrid models will arrive next year. The company referred to them as “core crossover models,” which could mean two of the CX-50, CX-5, CX-30, or CX-9.

Mazda expects EVs to make up 15 percent of Canada’s car market by 2025, with hybrids and PHEVs another 10 percent. So it will continue to introduce new gas powertrains including an upcoming line of inline-six engines.

The first of its new electrified models will be the CX-90 and CX-70, due to be launched next year. These are two large PHEV crossovers that we have yet to see. The following year, Mazda will release a hybrid version of the CX-50 crossover.

The company’s first new fully electric SUV comes in 2025, along with four more new hybrid models. The EV will be on a new electric platform called Skyactiv EV that will be used only for EVs in different sizes and body types.

Those who want Mazda’s current EV, the MX-30, may find it easier to locate. The model will expand from its current Quebec and BC markets to national availability starting in 2023.

“We are very excited to be sharing more details about our electrified future in Canada, focused on the right vehicles in the right segments that our customers are asking for,” said David Klan, President and CEO, Mazda Canada. “The CX-90 and CX-70 PHEV models coming next year will bring a level of performance above anything we’ve ever offered in Canada, along with electrified efficiency, and the craftsmanship our customers expect from Mazda.”