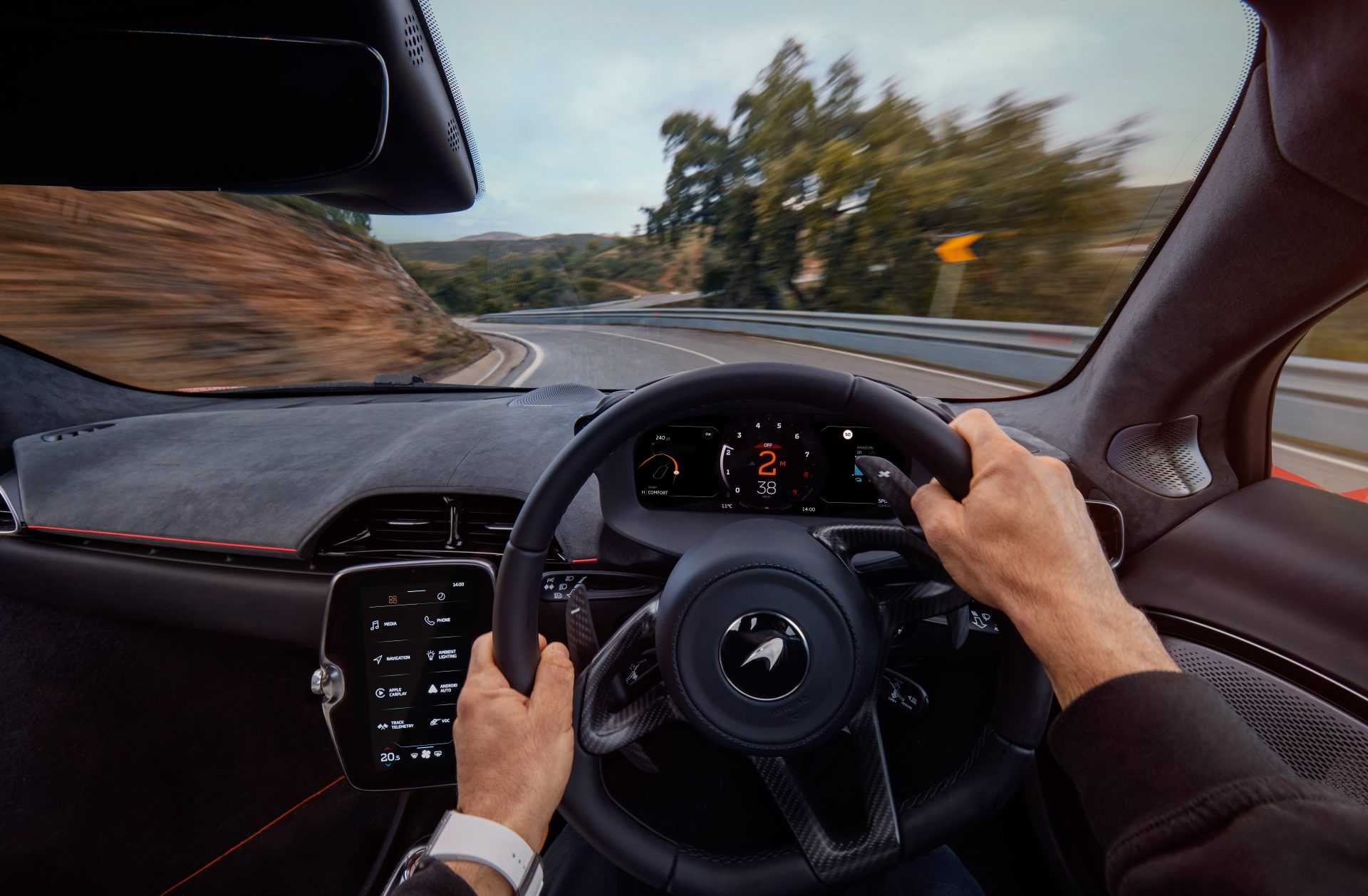 McLaren is talking more about the hybrid system and powertrain of the new Artura. That includes more about how the electric motor works, acceleration, warranty, and the electric driving experience.

The new engine for the McLaren Artura is a 3.0L V6. An all-new design with a 120-spacing between the two sides of the vee. That makes the engine wider than a more conventional V6 (with nearly twice the angle), but when it comes to packaging it also makes the engine shorter so McLaren says that it allows for a very compact unit. The automaker was considering a 180-degree engine, so a flat-six, but said it was discarded because it would raise the crankshaft. It would also happen to mimic one of the brand’s biggest rivals who is known for that unusual arrangement.

Twin turbos sit inside the vee, allowing them to have a more efficient exhaust routing and let the overall package be more narrow. It’s 190 mm shorter and 220 mm narrower (plus 50 kg lighter) than Macca’s V8. Still, it makes an impressive 577 hp and can rev to 8,500 rpm.

The eight-speed auto has been shrunk 40 mm in length thanks to a nested clutch and dropping the reverse gear. Instead, it uses the hybrid system spinning the other way round to back up. The Axial Flux E-motor is the size and weight of a brake disc, but adds 94 hp and 162 lb-ft, tucked inside the transmission bell housing. With the 7.4 kWh battery mounted low in the car behind the driver it can go 30 km on a full charge. The programming for the battery ensures that it’s never empty, always allowing for some extra torque at all times. It also recharges the battery through the engine (or a plug) and not from braking, which McLaren says is for a more consistent pedal feel.

McLaren lets you adjust the Artura to trade range for power, or to turn the ICE engine off for in-town silent running. No electric top speed or acceleration figures were given, but expect it to be much less impressive than with both on song.

This is the second time it happened on a Tesla vehicle. The cause of this latest failure has yet to be determined. Tesla’s...
Read more
Previous articleAlfa Romeo Tonale Introduction Delayed For Failing To Impress CEO
Next articleNissan Planning A Juke-Sized Electric SUV