Mercedes-AMG ONE Inches Closer to Production

AMG’s 1,000-hp hypercar ran into development delays since its unveiling.

The mighty Mercedes-AMG ONE was unveiled at the 2017 Frankfurt Auto Show, driven on the stage by F1 champ Lewis Hamilton, and promised to be the closest thing to an actual F1 that could be legally driven on public roads.

However, development of the hypercar ran into delays and those 275 lucky customers who dished out a hefty down payment on one are still waiting to slide into its cockpit.

Today, Mercedes-Benz announced that a bunch of pre-production models are circling the company’s proving ground and technology centre in Germany, and will soon hit the Nurburgring. These cars are equipped with what is said to be the final powertrain setup with the full hybrid system, which produces more than 1,000 horsepower. 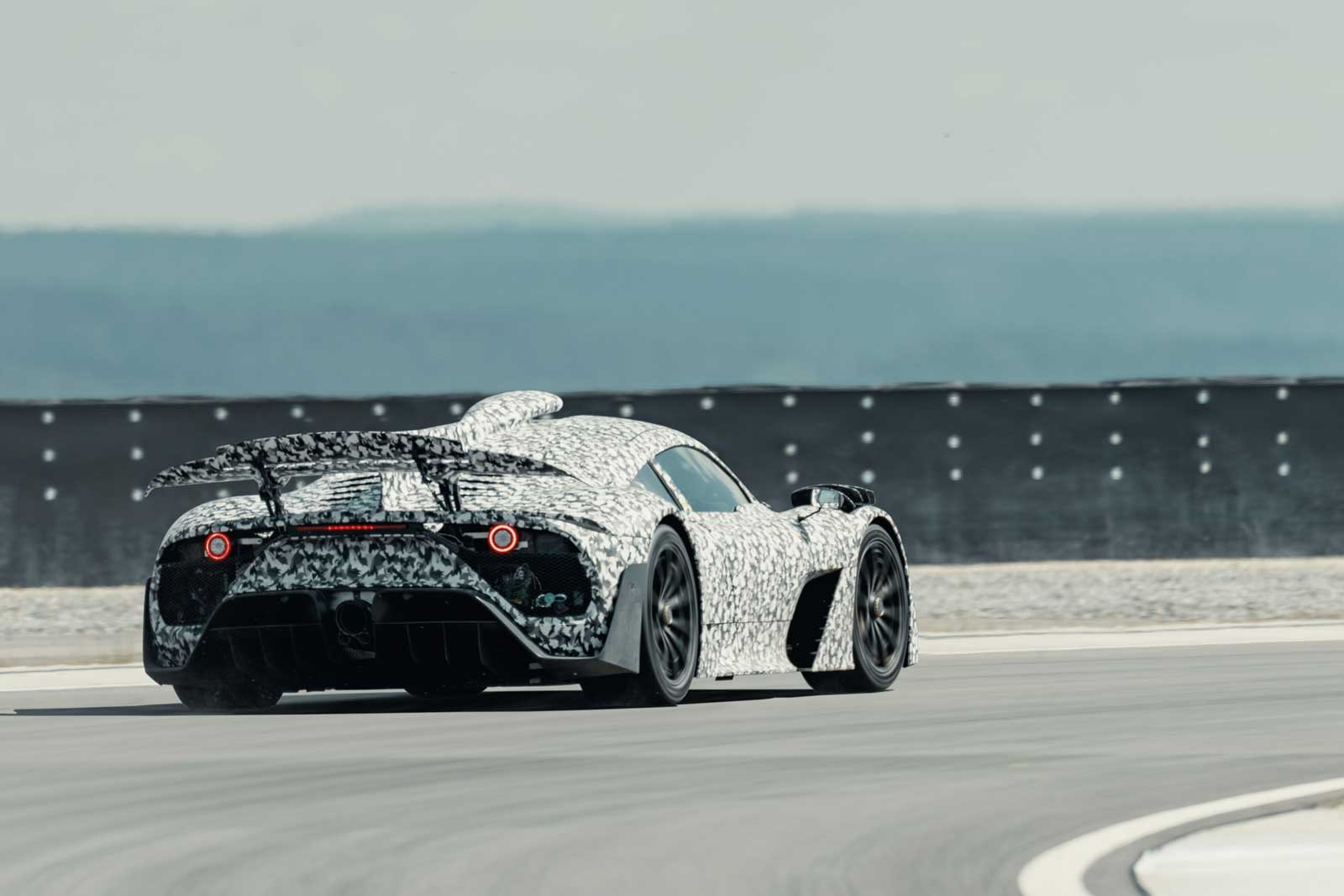 As a reminder, the Mercedes-AMG ONE will feature a turbocharged 1.6L V6 assisted by two electric motors. Derived from the hardware powering the brand’s race cars, the engine was initially supposed to get an 11,000-rpm redline, down from the F1 machines’ 15,000-rpm limit. According to Mercedes-AMG, the ONE should blast from 0 to 200 km/h (0-124 mph) in less than six seconds and reach a top speed of more than 350 km/h (218 mph). Not bad.

That’s not all. The ONE is a plug-in hybrid, meaning it can be plugged in for fully electric driving, although range is estimated at about 25 kilometres or 16 miles. 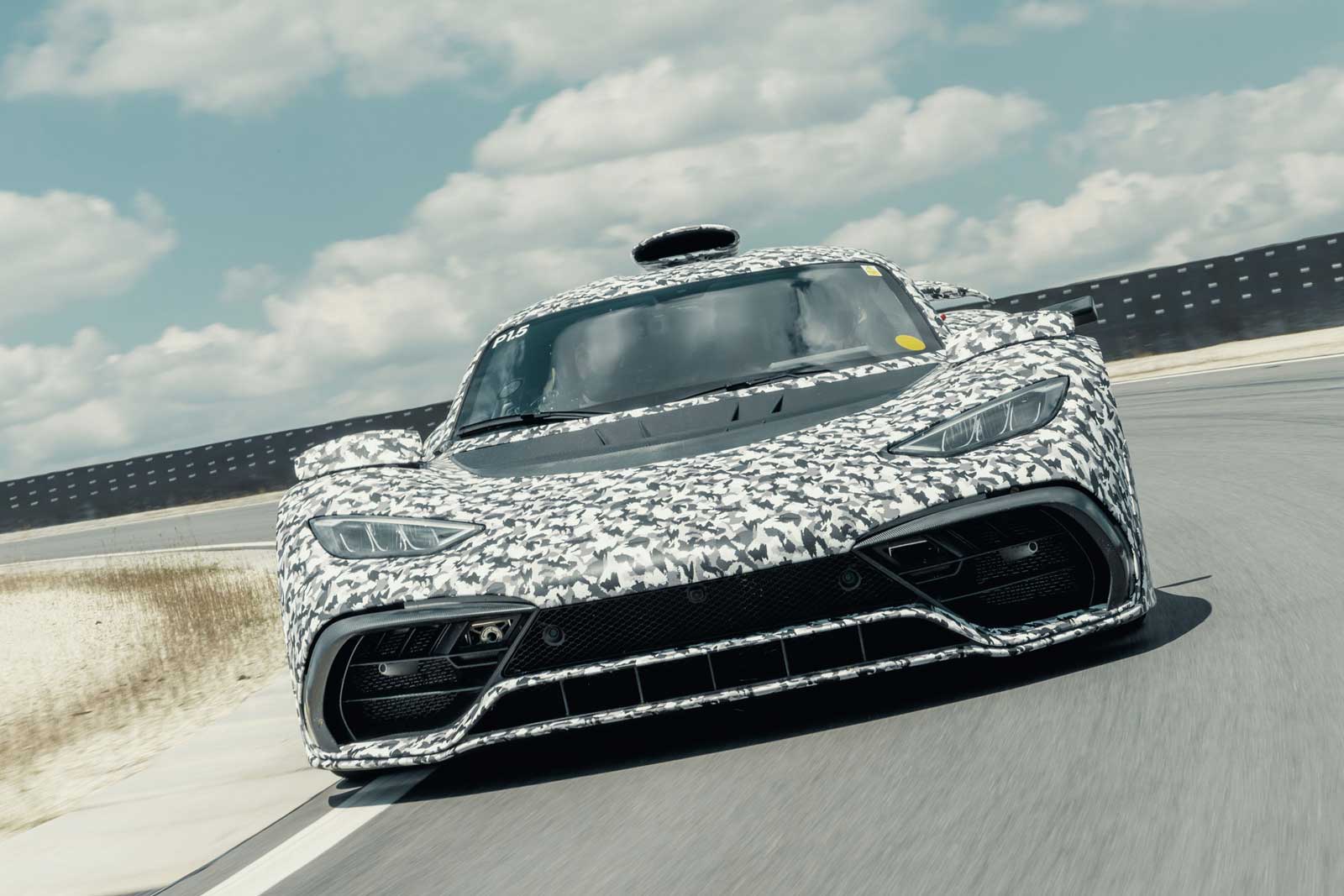 The Mercedes-AMG ONE’s exterior design might have changed a little since the prototype was revealed in Geneva, but judging by the camouflaged car in these newly released pictures, we can’t notice any significant modifications to the bodywork.

The ONE’s cockpit is pretty bare, with two seats integrated into the monocoque, along with two 10-inch digital screens as well as adjustable steering wheel and pedals. There’s no rear window, so there’s no rearview mirror either.

This audacious hypercar will cost 2,275,000 Euros, which converts to about $2.71M USD or $3.58M CAD. No on-sale date has been announced yet, but it’s an irrelevant detail since all of the 275 units to be produced have been sold a long time ago. Other high-dollar, high-horsepower cars that have been in development for quite a while include the Aston Martin Valkyrie and the Koenigsegg Jesko, so the ONE isn’t the only, uh, one that’s taking its sweet time to hit the market.

It will be the first all-electric sedan from VW’s ID. family of EVs. The car that will be unveiled is headed to China. ...
Read more
Previous articlePorsche And Magnus Walker Celebrate 45 Years Of Boost
Next articlePorsche Gives Taycan Tech Updates, Smaller Brakes for 2021