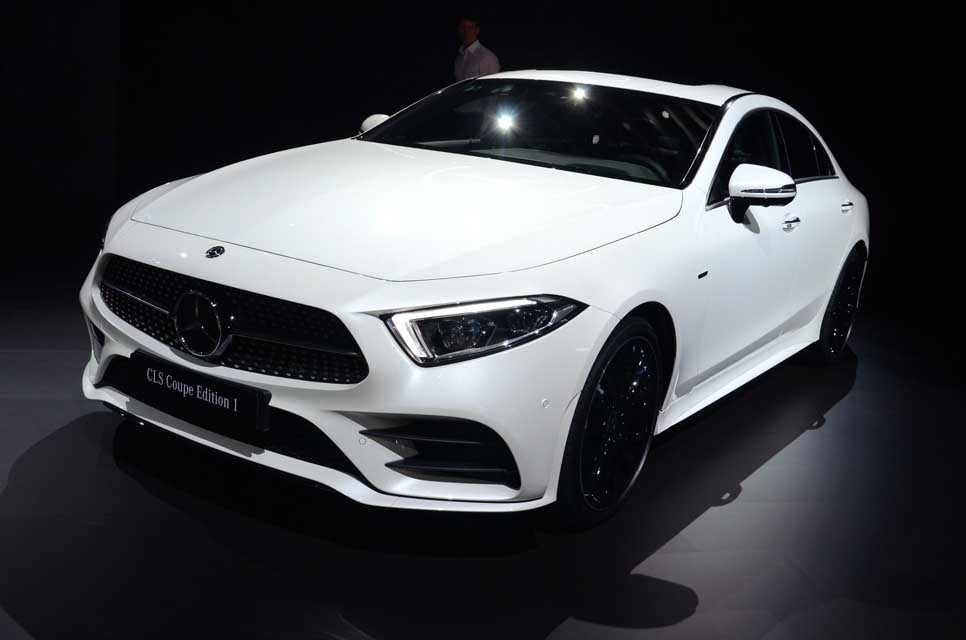 The three-pointed star has decided to add a bit of beauty at this year’s Los Angeles gathering. Here’s the new 2019 CLS and it’s simply beautiful. The high waistline, the prominent grill in the front and those two-level taillights are all new, but there’s also this feeling of déjà-vu, this third generation of the four-door coupe looking a lot like the first one introduced in 2003, and that’s a good thing since the first CLS was so revolutionary when it showed up more than 15 years ago.

The new CLS will hit our shores next fall starting with the first version being a CLS 450 4MATIC. This new CLS will also be equipped with a straight-six, a first in a while for the German manufacturer. But this inline-6 engine is modern and benefits from EQ Boost and a 48-volt electrical system that give the powertrain short surges of power (21 hp and 184 ft-lb to be exact) while maintaining a decent fuel consumption of 7,5 L per 100 km (on the US cycle). Note that the engine delivers 369 hp and 362 ft-lb of torque. And with the 4MATIC system, this design icon shouldn’t have any issues in Canada either! And don’t worry, Mercedes-Benz is already cooking some additional powertrains for this one, so stay tuned.

The CLS is also the first one in the history of the model to receive a 5 seat configuration, the second row being able to accommodate a third passenger this time around. As expected, the quality of the inside is on par with all the most luxurious models of the brand.

If the new CLS is as good on the road as it looks, we might have a winner on our hands, but for that, we’ll just have to wait a bit before we can experience this new model closer to launch next year.

Jaguar will become fully electric in the next few years. We will get more information on the brand's future in 2023. The first...
Read more
Previous articleLA Auto Show : the 2019 Hyundai Kona unveiled
Next article2017 Honda CR-V Video Review