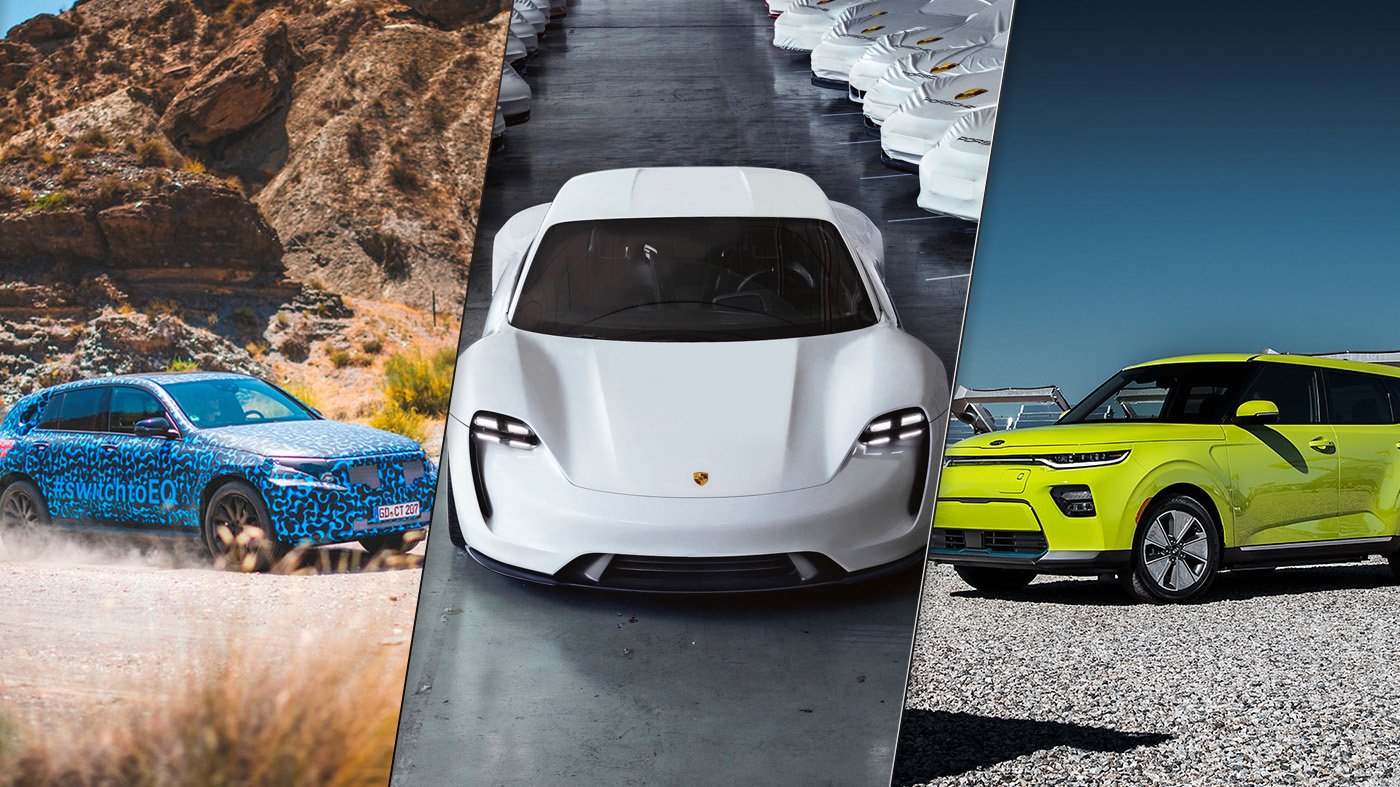 From the Kia Soul EV to the new Porsche Taycan and Mercedes-Benz EQC, there are quite a few electric cars coming in 2019.

This was a good year for electric vehicles with a range of new models either announced or introduced. The upcoming year should be no different although we only have a few confirmed upcoming models right now. With that in mind, let’s take a look at the new 2019 electric cars planned this year.

The Audi e-tron packs a 95-kWh battery with around 400 kilometers of range and a starting price listed at $90,000 in Canada. It offers an alternative to the Model X at a more accessible price for buyers looking for an electric sport utility vehicle.

The Hyundai Kona EV is on this list because there have been delays in production. The new Hyundai EV should have already been on the market by now, but so far deliveries haven’t happened. The Kona EV starts at $45,999, has 415 kilometers of range, and will be offered in both Preferred and Ultimate trims.

Kia has two new 2019 electric vehicles planned with the first being the Niro EV. It won’t be here right away, however, but by the end of the year we should see the first Niro EVs models hit showrooms. The Niro EV has an impressive 484 kilometers of range courtesy of a 64-kWh battery. That’s a lot of range for a battery of that size.

Launched in November at the Los Angeles Auto Show, the new Kia Soul EV will arrive near the end of the year with a 201-horsepower engine like the Niro and Kona EV. Expect more than 400 kilometers of range as well.

The EQC made a splash when it was unveiled back in September, but then things got a big quiet in regards to Mercedes-Benz’s new luxury electric vehicle. Still, it’s planned for this year and will join the Audi e-tron and Jaguar i-Pace in a growing luxury electric SUV segment. Range is rated at 450 kilometers on the European cycle which means the EPA will likely rate it at around 390 kilometers.

Nissan is planning a new version of the LEAF with a 60-kWh battery. That should push the current LEAF’s 242-kilometer range to over 350 km. When Nissan started working on the new-generation LEAF, we didn’t have the Chevrolet Bolt or Hyundai Kona EV or any of the other affordable long-range EVs.

Having over 240 kilometers of range was plenty back then, but it’s no longer enough. The new LEAF with the 60-kWh battery will be more expensive, but it will also have the kind of range EV buyers are going to start to demand in 2019.

This is the electric vehicle we can’t wait to see in 2019. It will be the first true Tesla Model S competitor and will likely be a remarkable vehicle on every level. If we sound biased, well that’s because we probably are.

We’ve toured the Taycan’s production site and it’s clear from the onset that Porsche has put a lot of effort, thinking, and resources into the new Taycan. There is very little chance this is not a spectacular electric vehicle that will put a ton of pressure on Tesla to redesign its Model S.

Previous images shown by Hyundai were either from the Prophecy concept or from prototypes The official reveal could take place tomorrow The electric...
Read more
Previous articleTop 15 Most Anticipated New Cars of 2019
Next articleWhen Do We Get To Truly Customize Our Car?