News Might 2021 Have A Fully-Electric Mitsubishi e-Evolution SUV In Store For Us?

Might 2021 Have A Fully-Electric Mitsubishi e-Evolution SUV In Store For Us?

Will this be the EVO XI? Difficult to say at this point but an EVO SUV was inevitable

We were in Tokyo back in 2017 when Mitsubishi lifted the wraps off the e-Evolution all-electric high-performance SUV concept. At the time, and still today, we’re not entirely sure what to make of the design however it certainly looks like an evolved Mitsubishi vehicle.

About two years ago, Mitsubishi stated that they planned to release seven electrified vehicles over the following seven to eight years. The Mitsubishi e-Evolution SUV was certainly part of these plans and rumour has it that 2021 will be the year when the production version is revealed.

The concept itself is a serious machine. It features a triple motor 4WD system, one of which drives the front wheels. The other two are on the rear axle and call upon a new Dual Motor Active Yaw Control (AYC) system that connects them via an electronically controlled torque-vectoring AYC unit. Mitsubishi’s unique Super All-Wheel Control (S-AWC) vehicle dynamic control system monitors all of the functions.

According to Motor1, the production version will feature a more “conventional” dual-motor setup and the styling will forgo the rear suicide doors, among other details. There’s a good chance as well that the Mitsubishi e-Evolution SUV will borrow from the upcoming Nissan Ariya electric SUV. 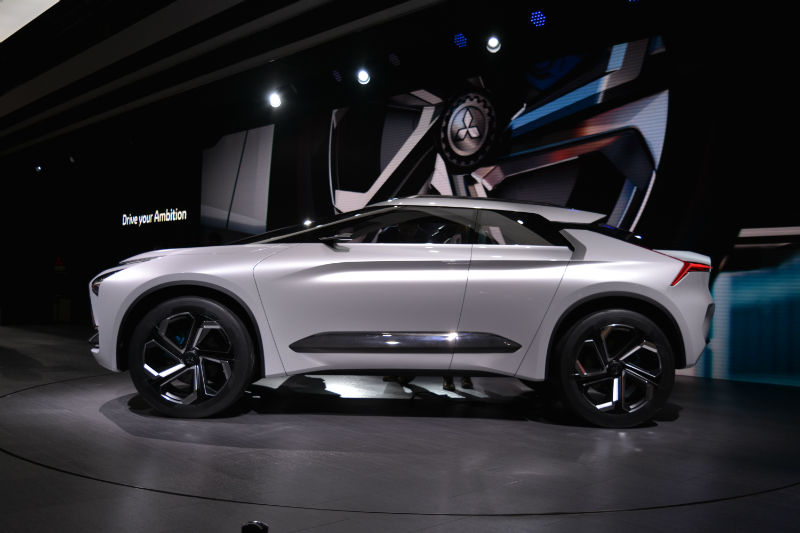 The Vivaldi web browser will be available on the play store for download on the vehicle’s Android Automotive operating system This will allow...
Read more
Previous articleGMC 2021 Lineup: Models And Changes Overview
Next articleLatest GM SUVs Stop Shockingly Short in Braking Tests