Part of the BMW Group, MINI stands out in the cookie-cutter automotive scenery with the cheery exterior and interior design as well as the fun-to-drive character of its vehicles.

Looking ahead, MINI’s portfolio of vehicles should go full electric by 2030, and its first mass-produced EV went on sale in 2020. Here’s what to expect from the MINI brand in 2022.

Called the MINI Hardtop 2-Door in the United States and the MINI 3-Door in Canada as well as internationally, the 2022 model year of the subcompact hatchback actually went on sale in the summer of 2021. It received a new front fascia with LED headlights, bumper air curtains and the deletion of fog lamps, along with a revised rear bumper and wheel arches, in addition to new alloy wheel designs and paint colours as well. A new and innovative Multi-tone roof is available with a gradient colour application in either Soul Blue, Pearly Aqua or Jet Black. Inside, an 8.8-inch infotainment screen is standard across all trim levels, as is SiriusXM radio with a trial subscription. There’s a new steering wheel that can be optionally heated, and lane departure warning is now offered, too. The Hardtop 2-Door/3-Door lineup also consists of the Cooper (134-hp turbo 1.5L I3) and the Cooper S (189-hp turbo 2.0L I4), available with either a six-speed manual transmission or a dual-clutch seven-speed automatic. Meanwhile, the John Cooper Works (228-hp turbo 2.0L I4) is managed by a six-speed manual or an eight-speed automatic. The value-focused Oxford Edition is back for 2022 in the U.S., while an Anniversary Edition for the JCW 2-Door celebrates the Cooper badge’s 60th birthday on MINI/Mini cars.

Meanwhile, the limited-production MINI John Cooper Works GP featuring a turbo 2.0L four that belts out 301 horsepower and 331 pound-feet of torque, good for 0-100 km/h (0-96 mph) blasts of 5.2 seconds and a top speed of 165 mph or 265 km/h, is gone. Only 3,000 units of the GP were manufactured for worldwide consumption last year, which means a few hundred for USA and a handful for Canada.

The MINI Hardtop 4-Door, or MINI 5-Door, continues to be offered in base Cooper as well as Cooper S trims, with the same powertrain details as the Hardtop 2-Door/3-Door, but it doesn’t get a JCW or electric SE variant. The Oxford Edition is still available in 2022.

The MINI Convertible is the droptop counterpart of the Hardtop 2-Door/3-Door model, and it’s available in Cooper, Cooper S and John Cooper Works variants with similar powertrains. The Convertible features a power-operated soft top that can be partially opened to act as a simple sunroof, or rolled all the way down for open-air motoring. It too received exterior styling enhancements in addition to a new steering wheel, a revised infotainment system with 8.8-inch screen as standard, and lane departure warning. 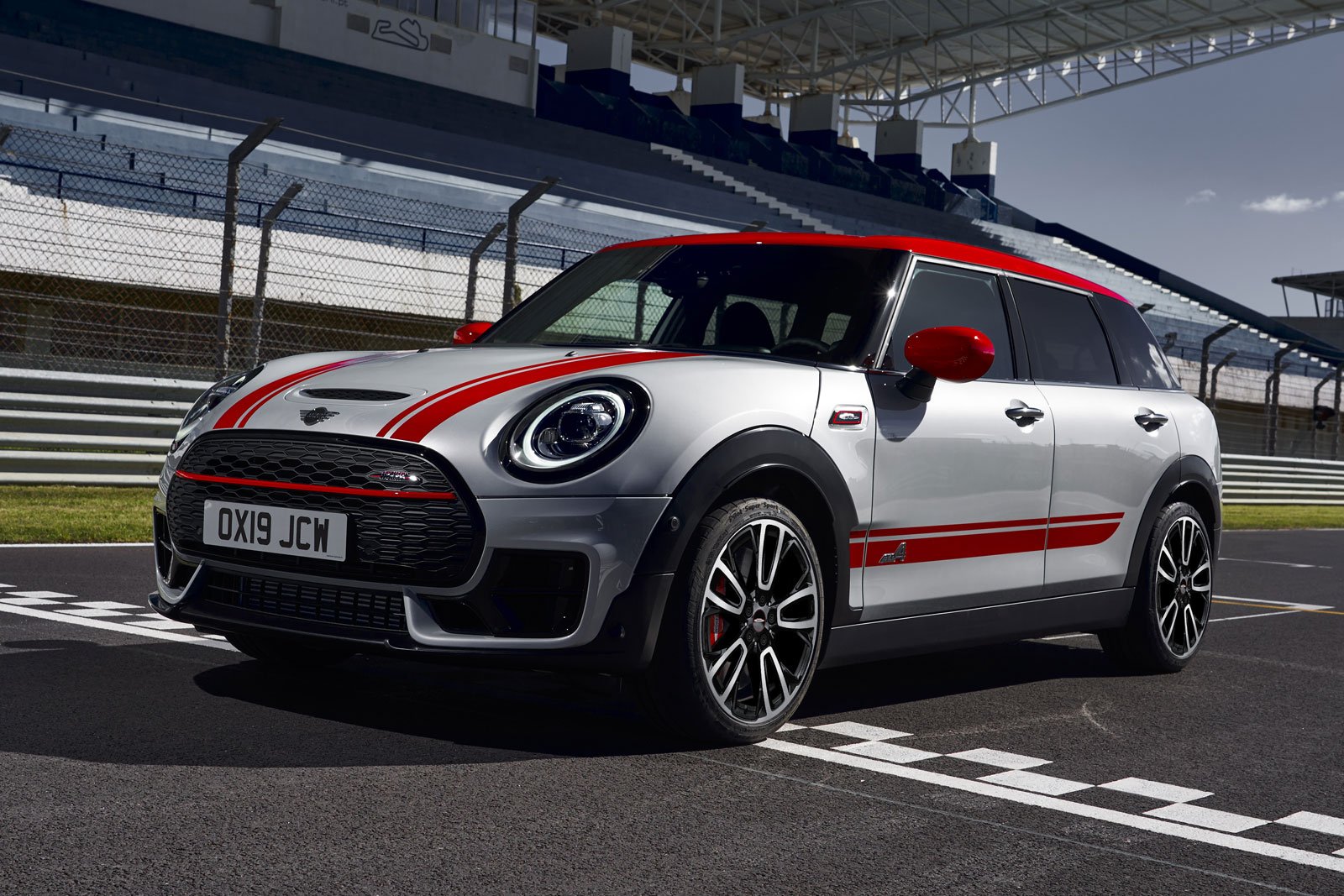 The MINI Clubman is a compact-sized five-door wagon, with unique dual rear doors and room for five passengers. After receiving a mid-cycle refresh for 2020 with updated styling and other enhancements, the Clubman soldiers on with minor modifications for 2022. It’s offered in Cooper S, Cooper S ALL4 and JCW ALL4 variants in the United States, while the Canadian market gets the Cooper ALL4, the Cooper S ALL4 and the JCW ALL4. By the way, ALL4 means all-wheel drive. The base Cooper gets a 134-hp turbo 1.5L inline-three, while the Cooper S relies on a 189-hp turbo 2.0L four. Meanwhile, the JCW received a recent upgrade to a high-output 2.0L engine, with 301 horsepower on tap. The JCW variant can now hit a top speed of 155 mph or 240 km/h, while lane departure warning, an 8.8-inch infotainment display and SiriusXM satellite radio with a trial subscription are now standard, and there are new paint colours as well.

The MINI Countryman received a moderate refresh for 2021, and there are very little changes on deck for 2022. Cooper ALL4, Cooper S ALL4 and John Cooper Works ALL4 are offered in Canada, while the Cooper and Cooper S can be had in FWD guise in the U.S. As with the Clubman, the JCW Countryman now gets the 301-hp engine. There’s also the MINI Cooper SE Countryman ALL4, featuring a plug-in hybrid powertrain producing 224 horsepower, while the 10-kWh battery pack provides an EV-only driving range estimated at 18 miles or 29 km. Lane departure warning and SiriusXM with a trial subscription are now standard across the board. 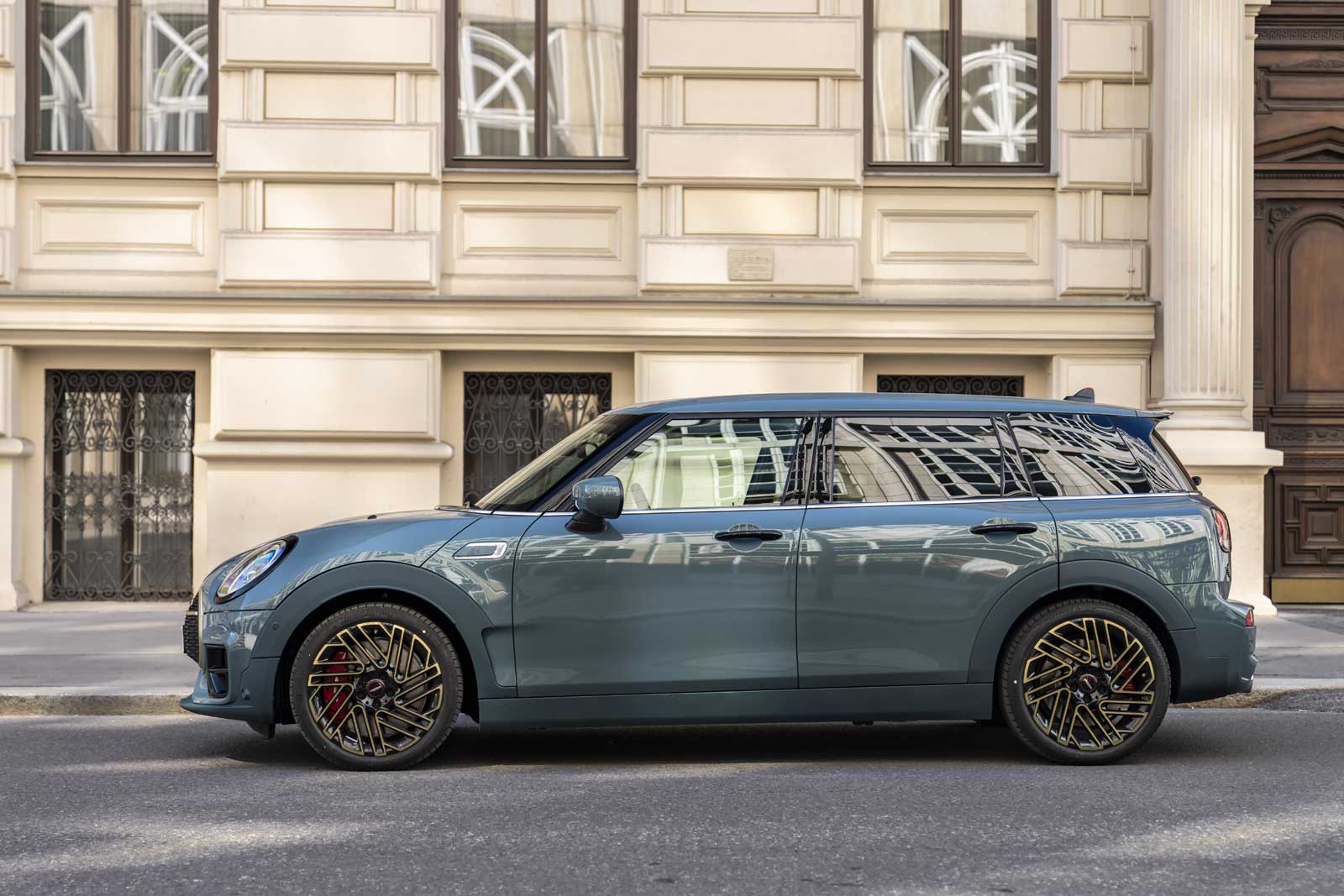 In February 2022, MINI released an early look at the 2023 model year. The notable items are the addition of Apple CarPlay as standard across all models and trim levels, expanded availability of the new-for-2022 Zesty Yellow paint colour and Multi-tone roofs—White and Red joining the existing Blue—for the Hardtop 2-Door/4-Door and 3-Door/5-Door models as well as the Clubman. Park assist and Head-up display are now part of the Driver Assistance Package, and as usual, there are some special-edition variants to choose from: Resolute Edition and Brick Lane Edition for the hardtop models, the Untold Edition on the Clubman and the Untamed Edition on the Countryman.

According to the CEO, Tesla vehicles will not require a driver starting next year Fully autonomous capabilities had been promised for 2017 The...
Read more

This is part of the same diesel scandal Volkswagen was caught up in back in late 2015 The EcoDiesel engine used in the...
Read more

This is the total amount following previous announcements. Much of the total investment will go to building EVs and battery facilities. The Hyundai Motor...
Read more

These tires will be immune to punctures, since they feature an open design Goodyear says these tires will be able to support more...
Read more
Previous articleThe 2022 Audi Q5 to Get a New 40 TFSI Base Version
Next articleChrysler 2022 Lineup: Models And Changes Overview