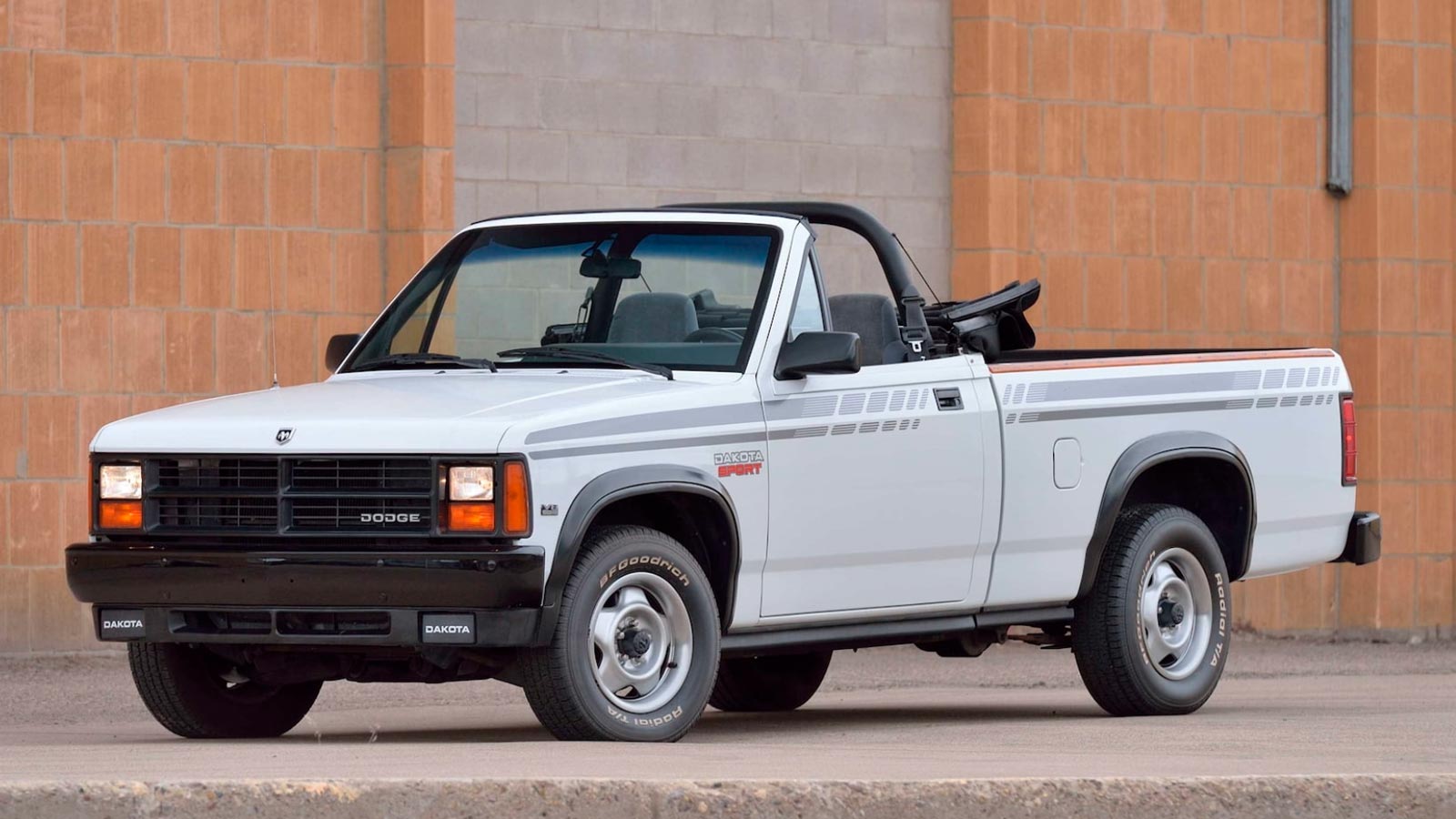 There are always a bunch of oddities that turn up at one of the year’s major auctions, in addition to the usual slew of pickup trucks, droptops and limited-run vehicles. Yet very few can be all of those things together like this 1990 Dodge Dakota convertible.

As the Chrysler Corporation has done many times in the past, it created a new vehicle segment by designing and engineering the midsize Dodge Dakota, which hit the market for the 1987 model year. It was positioned between the compact, Mitsubishi-sourced Dodge Ram 50 and the full-size Dodge Ram D/W pickup. 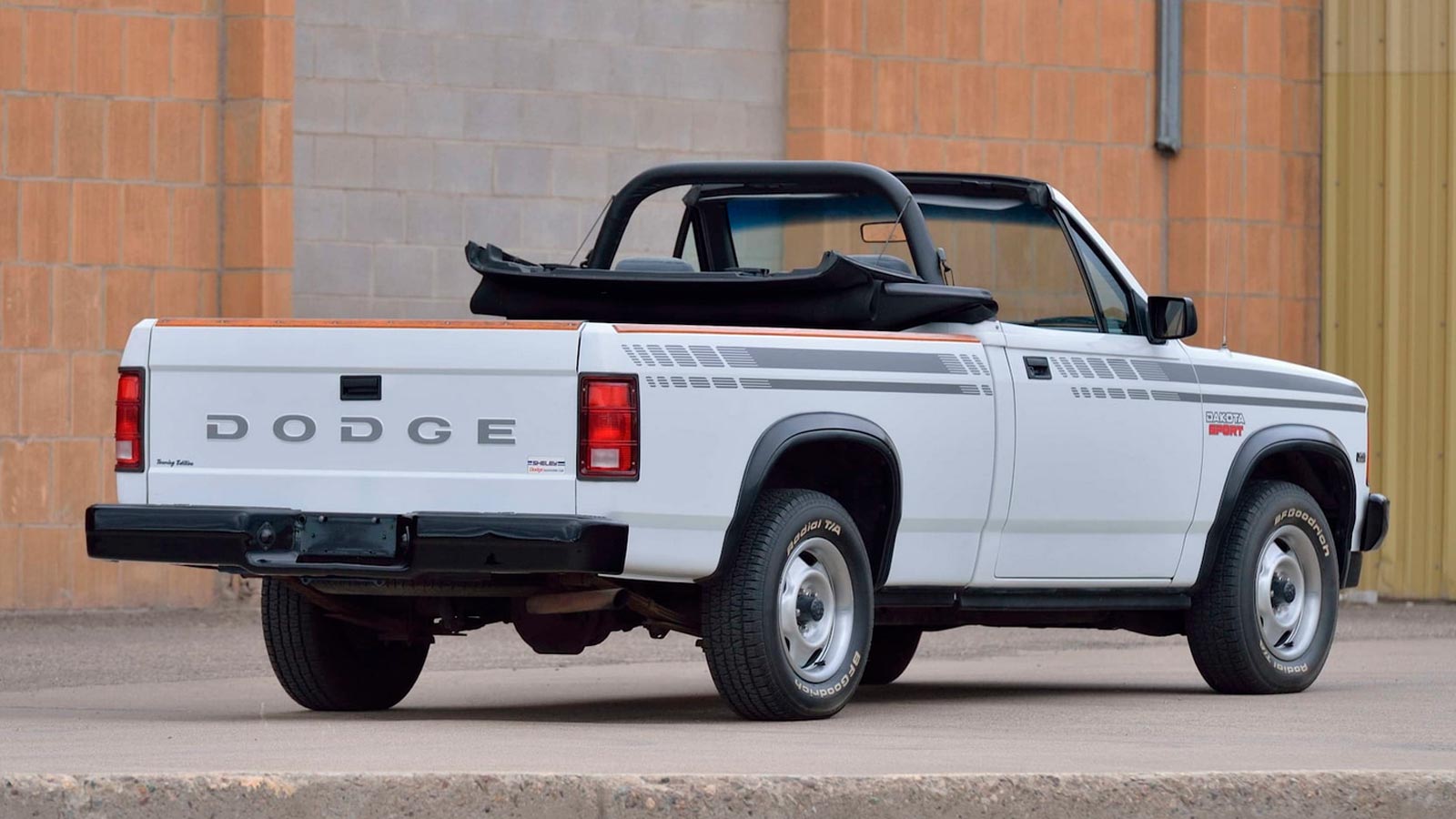 Chrysler then decided to produce the Dodge Dakota Convertible, probably thinking it would be a hit in southern U.S. regions. Completely built trucks would leave the Warren, Michigan assembly plant and be shipped to American Sunroof Corporation in California, where their metal roofs were chopped off and replaced with a manual vinyl top that could be removed or rolled down and protected by a moulded boot. To provide some extra safety for its occupants, ASC also installed a padded roll bar right behind the seats.

Launched for the 1989 model year, the Dodge Dakota Convertible didn’t sell in very big numbers, as only 2,842 units were scooped up. And in 1990, only 909 were produced, including this one, which will be sold off at Mecum Auction’s Indy 2020 event, scheduled for June 23 to 28. Some media sources report that less than 10 units were produced for the 1991 model year, making it an ever rarer beast. 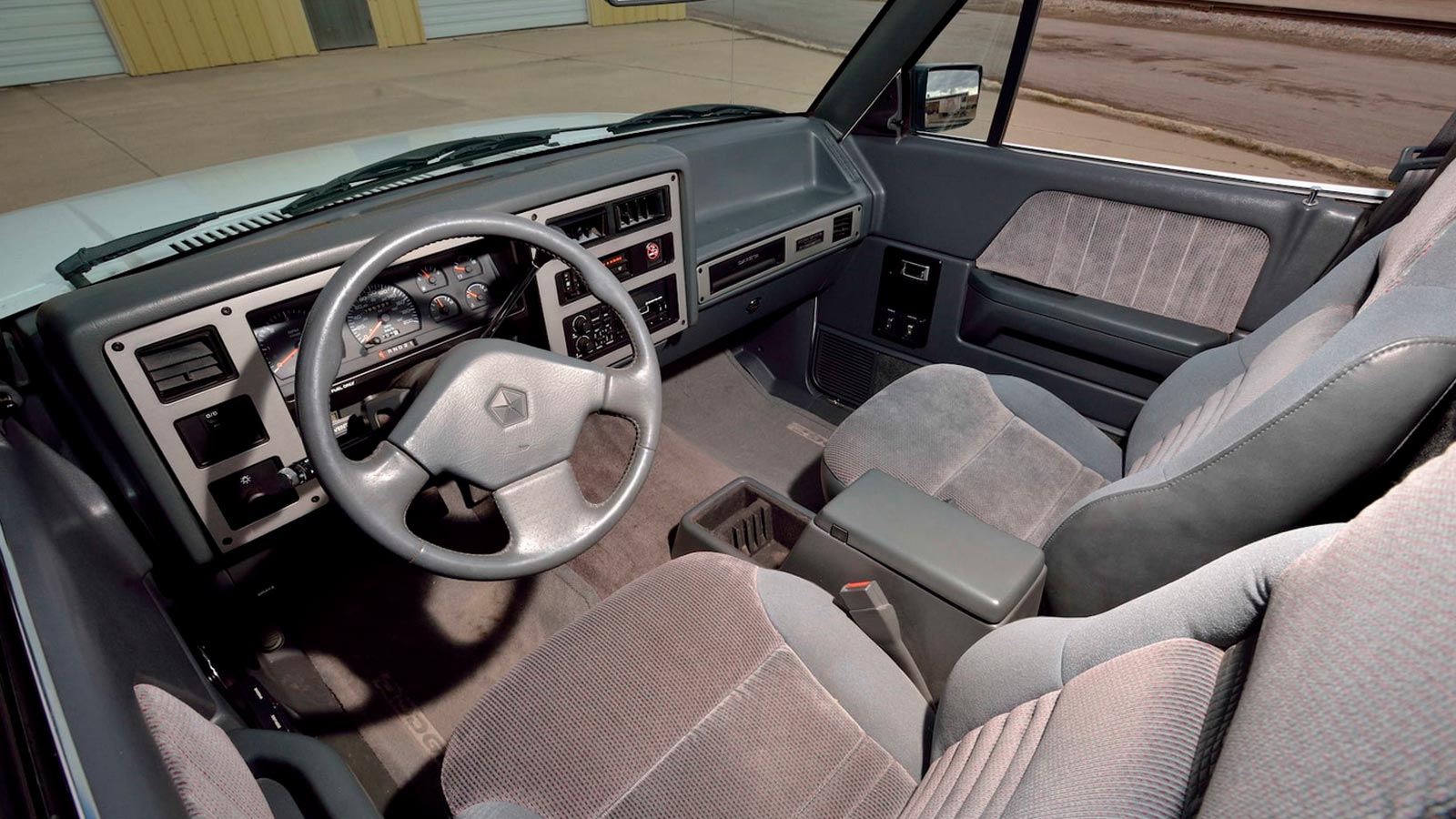 This topless Dakota is equipped with a 3.9-litre V6 that develops 125 horsepower and 195 pound-feet of torque, a four-speed automatic transmission—a five-speed manual was also available at the time—and a rear-wheel drivetrain—4WD was optional as well.

This 1990 Dodge Dakota Convertible is dressed up in the LS Sport trim, along with a white paint job and a gray interior. It also features power steering and power brakes, power windows and door locks, air conditioning. The odometer reads 95,728 kilometres (roughly 59,500 miles), and overall, the truck looks to be in excellent shape.

How much is this pickup truck worth? Well, there are a few examples on the market in the United States, and they’re listed between $10K and $15K. We’re assuming this very well-kept Dodge Dakota Convertible will go for at least $20K.

It’s unclear as to what it will be, but it could sit above the Golf R. Currently, the Golf is available in GTI,...
Read more
Previous articleImages Of The New 2021 Nissan Rogue Leaked On Instagram
Next articleLarge Electric Luxury Sedans Are Coming And The Karma Revero GTE Will Be One Of Them