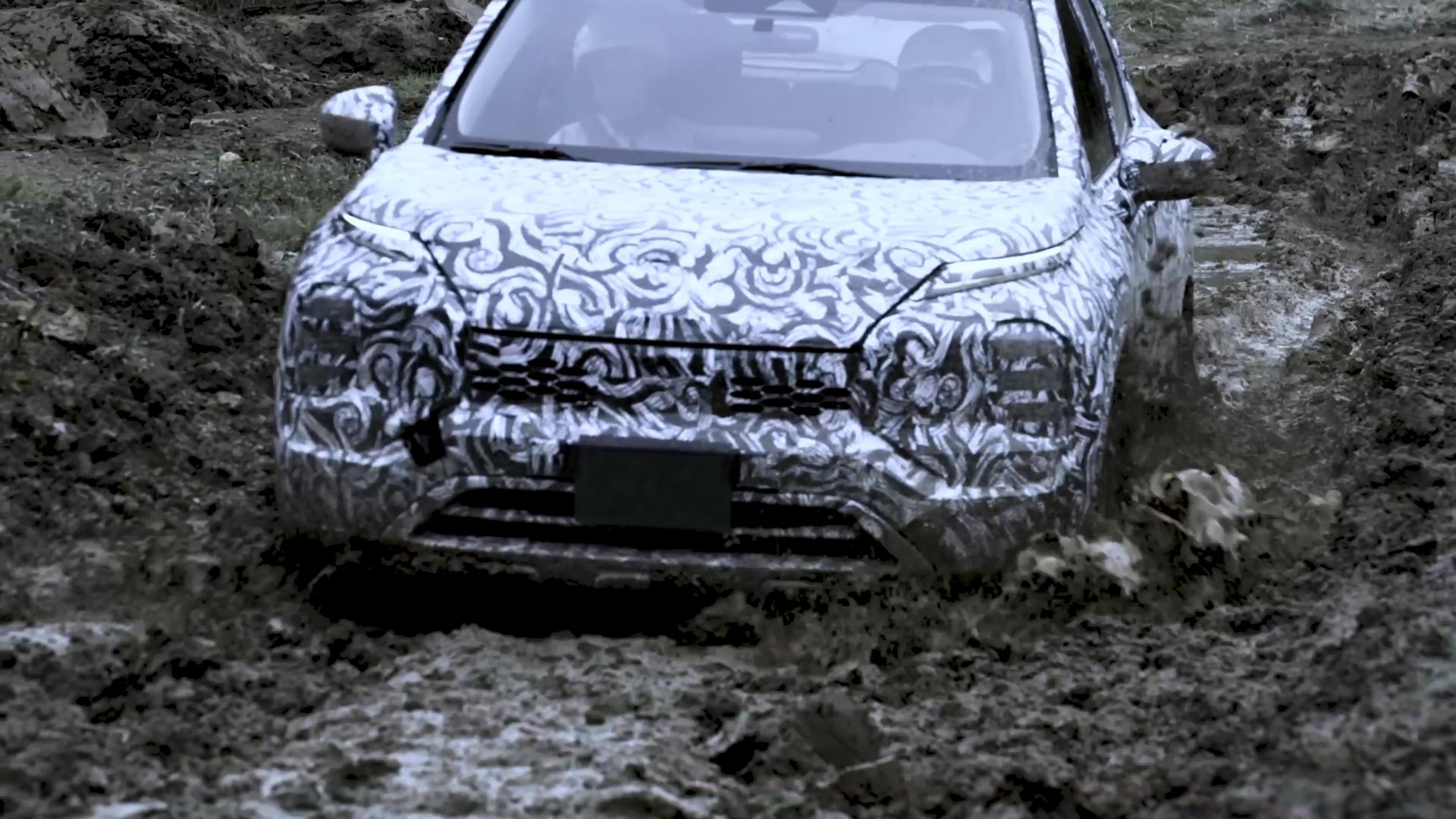 Mitsubishi has just revealed photos of the automaker testing an all-new version of the Outlander. The shots of on and off-road driving for final calibrations come just ahead of the full reveal for the new vehicle set for February 16th.

The clips start with the all-new 2022 Mitsubishi Outlander being put through the usual paces. Rolling road bump testing followed by rally-levels of hooning on a gravel skidpad (remember when Mitsubishi made rally cars?) and then crossover-style drifting on a snow-covered frozen surface.

It’s been designed with a product concept Mitsubishi calls “I-Fu-Do-Do” meaning authentic and majestic. The automaker says the new Outlander borrows from the company’s rally expertise (so they do remember!) as well as the company’s experience sending SUVs through the punishment of the Dakar off-road race.

Mitsubishi says the 2022 Outlander will offer a new version of Super All-Wheel Control all-wheel drive to give drivers more confidence in all weather conditions.

“We took everything we know about on- and off-road driving from the rally experiences to apply the latest Super All-Wheel Control technology in our newly developed platform,” said vehicle lead engineer Kentaro Honda. The reveal of the new model happens the morning of February 16th, and we expect it in dealers the same month.

In the meantime, watch the testing in progress. Or at least some highlights of it that show off a heavily camouflaged by much different looking version of Mitsu’s big crossover.

It features two new hybrid powertrains. The CX-90 is not only the most powerful Mazda ever but the most luxurious. Mazda Canada has just...
Read more
Previous article2021 Genesis G80 Prestige AWD Review: The Genesis Sweet Spot
Next articleNew Lotus Sports Car Signals End Of Evora, Exige And Elise