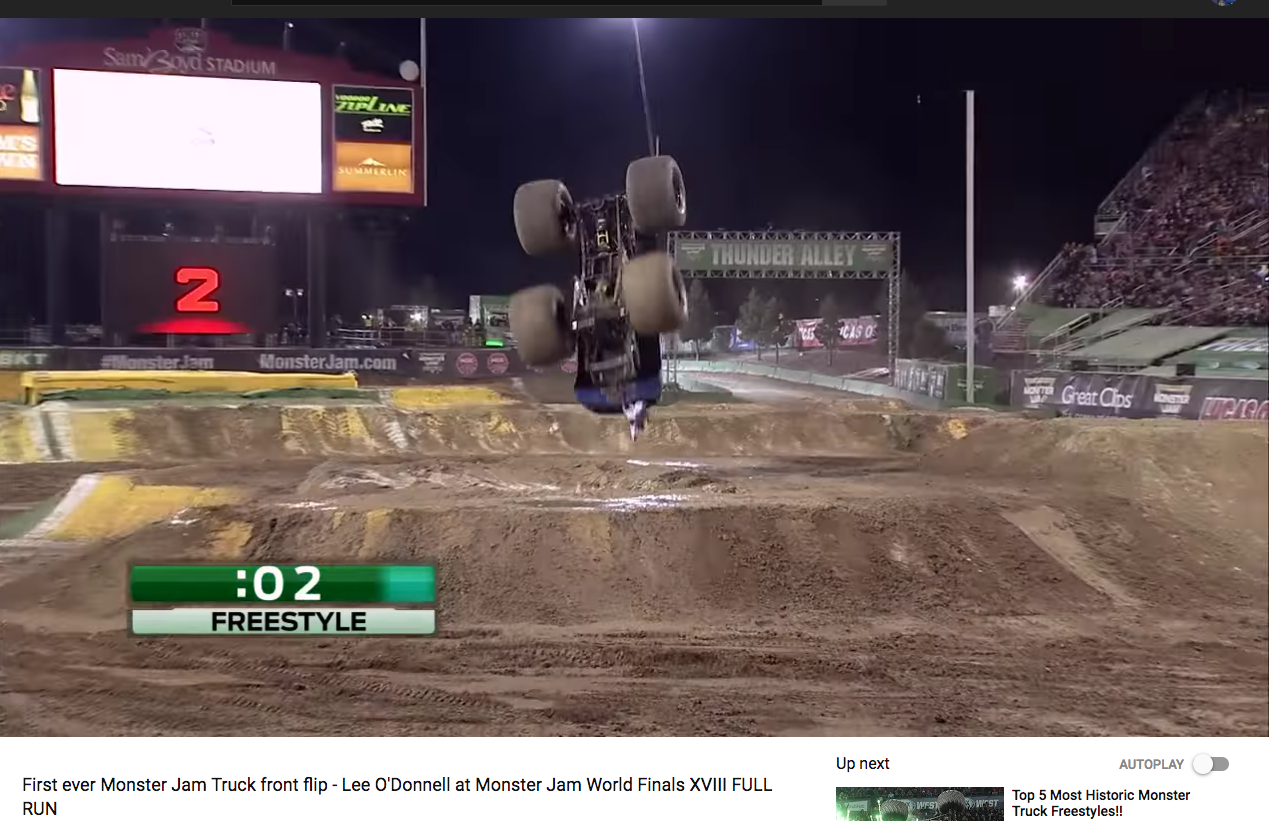 Don’t worry, you’re still on the right website, MotorIllustrated. No, we don’t usually cover Monster Truck events and to be quite honest, it’s not our cup of tea. Well, that’s a partial lie as we loved watching the BIGFOOT vs. Grave Digger rivalry unravel.

While we’ve shied away from Monster Truck action, what Lee O’Donnell pulled off at the Monster Jam World Finals XVIII defies logic, and the laws of gravity.

So far, we’ve watched the flip a dozen times and it still doesn’t seem possible. Take a look for yourself – the Cadillac Escalade Monster Truck actually looks as though it is suspended in mid-air for a second or two.

This first ever front flip will likely spawn a whole series of attempts by other competitors. BTW, if you start watching more Monster Truck videos, you might miss your 2 o’clock meeting.

The brand’s CEO made the announcement during the Genesis dealer meeting. This model could be priced around $200,000 to $300,000. No specifications have...
Read more
Previous articleHappy Mustang Day!
Next articleThe return of the Aston Martin Superleggera

While it’s not unusual for AMG to supply their hand-assembled masterpieces to other carmakers (Pagani, for example), what is different is that Aston Martin...
Read more
News

Stuttgart, Germany. This year, 2018, is a big year for Porsche. They are celebrating 70 years of making some, if not the, best sports...
Read more
Uncategorized

It’s been almost a year since the idea of doing away with three grades of fuel began floating about. General Motors was first at...
Read more
Uncategorized

The return of the Aston Martin Superleggera

Trims and versions of a same car can make a world of difference. For example, the Civic Type R. It’s Civic, but far, far...
Read more
Uncategorized

Unlike winter for many, we always look forward to summer. And while there’s still a little snow left on the ground, the time to...
Read more
Uncategorized

When buying a new vehicle, many consumers wonder if they should lease their new vehicle, or buy it by financing it. The second option...
Read more