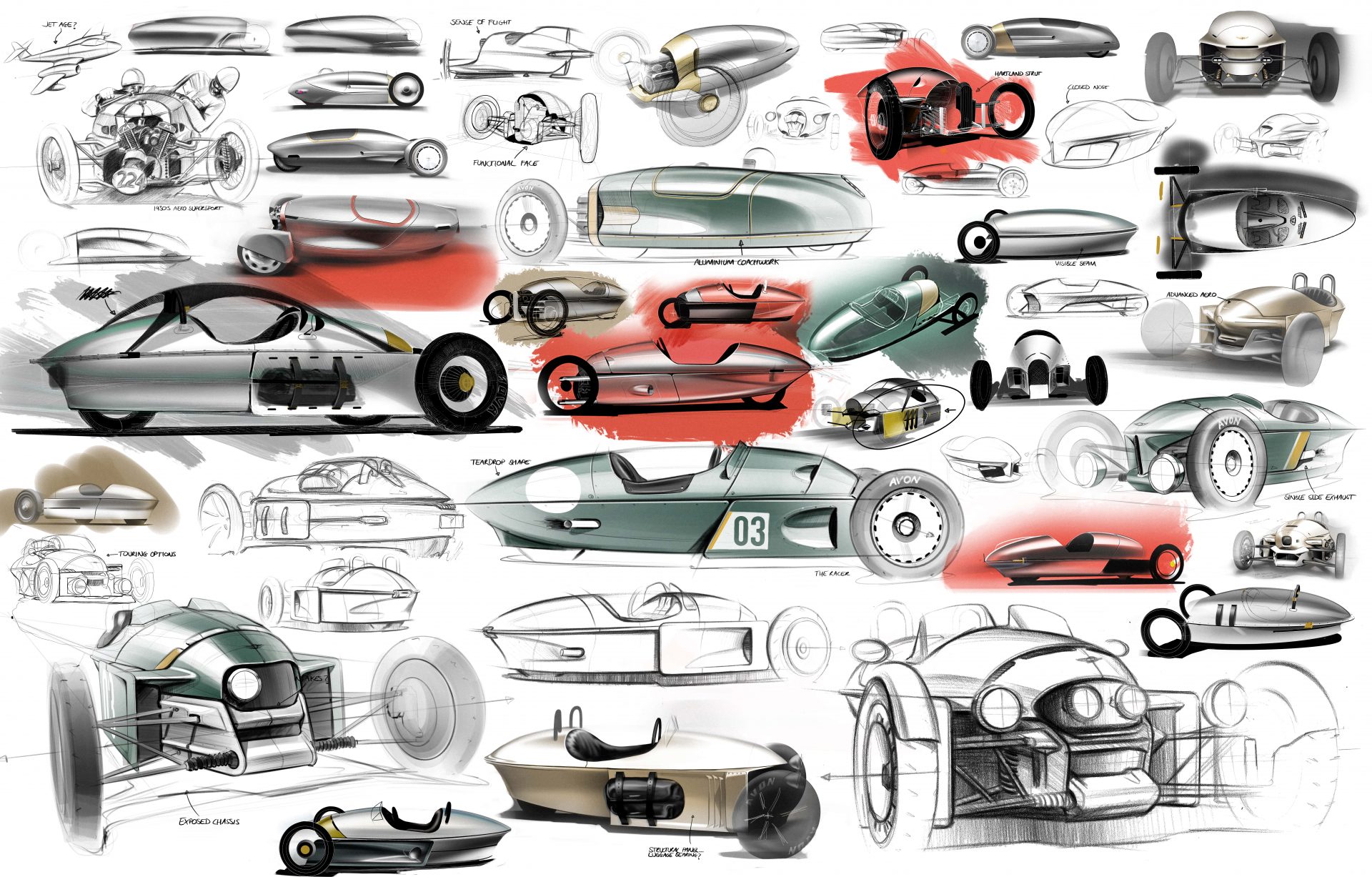 New sketches and a video from Morgan Motor Company show us the cottage carbuilder’s plans for the next generation of its three-wheeler. Morgan is also confirming that it will launch in 2022.

The sketches showcase ideas that are massively more futuristic than the outgoing three-wheel, in a way much like what the Aero 8 did to the Plus 8 a few years back. The company says that it is a design that takes its inspirations from mid-century jets and motorcycles along with modern industrial design.

“Morgan cars are often described as ‘analogue’, despite exhibiting industry standard technologies. We believe that in a world of technology, making art of a car’s mechanical elements serves as an antidote to typical vehicle design. Throughout design studies it became quickly apparent that the vehicle must celebrate the model’s mechanical honesty,” said design boss Jonathan Wells.

The sleek and futuristic shape shown in the sketches adds more visual mass to the nose of the car, tapering back toward the rear wheel. Morgan’s designers also show off more exposed chassis components and, crucially, more customization options like a teardrop bubble roof and other unique bots of bodywork.

That customization will be an important part of the production car. Morgan says that there will be loads of specification items and accessories, calling it the brand’s most configurable vehicle ever. Still no word on the exact date we’ll see the new wheeler.

Tired of waiting for your Mini? How about a puzzle to pass the time Mini making garage-sized and normal-sized puzzles for waiting clients Like...
Read more
Previous articleEV Cost Burden Too Great According to Stellantis CEO
Next articleLexus Teased the RZ, its Upcoming Electric SUV