News Most Popular SUVs and Trucks in Canada, First Half of 2020

Most Popular SUVs and Trucks in Canada, First Half of 2020

Light-truck sales decreased by 29% after the first six months of the year.

The second quarter of 2020 in Canada was particularly bad for every automaker, and while some brands saw their sales drop by about 50% during that period, a few did better and a couple did really worse. There are some changes in the list of most popular SUVs and trucks in Canada after the first six months of the year, but there are no surprises to be found here.

Light-duty trucks dropped by 39.7% during Q2, which isn’t as disastrous as passenger-car sales, which have taken a 57.1% nosedive. 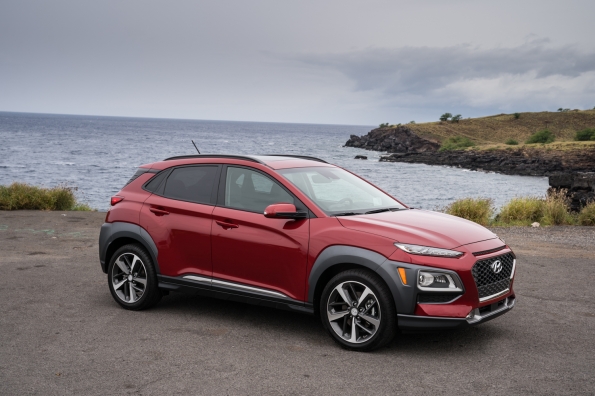 The Hyundai Kona managed to grab the 10th and final spot on the list, knocking the Mazda CX-5 down to 11th. This despite a 28.3% drop in sales compared to the same period last year.

The Nissan Rogue dropped a spot as the newly redesigned Ford Escape gained some momentum during the second quarter of the year in Canada. Its sales plunged by 61.3% in Q2, and by 49.3% from January through June. An all-new generation of the Rogue was recently unveiled and will hit dealerships this fall.

The Ford Escape managed to rise one spot on the list of most popular SUVs and trucks in Canada, thanks to higher sales than the aging Rogue. Still, Q2 wasn’t kind to Ford’s crossover with a 62.6% decrease, and a after the first six months of 2020, the Escape’s sales are off last year’s pace by 51.4%

The Dodge Grand Caravan will likely end its career among the top 10 best-selling SUVs and trucks in Canada, which is indicative of how popular this minivan once was. Retiring after the 2020 model year, FCA’s venerable people mover saw its sales drop by 49.6% in Q2 and 22.8% during the first six months of the year.

With a sales drop of 41.8% in Q2 and 36.0% during the first half of the year, the Honda CR-V has maintained its position on the list of most popular SUVs and trucks in Canada. It was outselling the Honda Civic—#1 among the country’s most popular cars so far in 2020—after Q1, but has since been overtaken by its passenger-car stablemate.

The Toyota RAV4 still trails the four domestic-brand pickup trucks this year, after capping off the 2019 calendar year in 3rd place. It likely won’t be able follow the pace of GM’s pickups, with a Q2 sales drop of 50.0% and a six-month decrease of 35.5%.

With a second-quarter sales decrease of 25.6% and a drop of “just” 14.3% after the first six months of 2020, the Chevrolet Silverado kept its fourth-place rank on this list.

On this list of the most popular SUVs and trucks in Canada, the GMC Sierra is the model that suffered the less on the sales charts after so far this year. Deliveries dropped by 19.0% in the second quarter, but by only 9.2% through the first half of the year. Combined, sales of the Chevy and GMC pickups have caught significantly to the Ford F-150’s.

The Ram 1500 and Ram HD pickups hang on to second place despite a 38.4% drop during Q2 and a 22.6% decrease through the first half of the year in Canada. Like the GM trucks, the Ram has caught up to the Ford—slightly.

All of a sudden, the Ford F-150 and Ford F-Series Super Duty‘s dominance has weakening, after a 37.6% sales drop during the second quarter of 2020, and a 24.6% slide after six months. It still has a comfortable lead, and the thoroughly refreshed 2021 model has been recently unveiled, which will give sales a shot in the arm.