News Most Popular Trucks and SUVs in Canada, Third Quarter of 2020

Most Popular Trucks and SUVs in Canada, Third Quarter of 2020

A pickup truck domination once again.

It’s been a difficult year for everyone, that’s for sure. And although the COVID-19 pandemic torpedoed auto industry sales, there’s a market shift that seems to have accelerated, and that’s a love for full-size pickup trucks. They still rank tops among the most popular trucks and SUVs in Canada, but after the third quarter of the year, there are some interesting stats to be noted.

It’s been a tough year for the redesigned Ford Escape. With a 21.5% drop in sales during Q3 2020 and a significant 41.8% plunge after the first nine months of the year, compared to 2019, the compact crossover slid from 7th to 10th place on the list of most popular trucks and SUVs in Canada. Only a few years ago, it was the country’s best-selling utility vehicle.

It seems as though Dodge’s aging minivan won’t go down without a fight, and sales have been strong throughout the year. The Dodge Grand Caravan saw its sales drop by only 3.3% during the third quarter, compared to the same period in 2019, and by 17.3% so far this year. It will be replaced for the 2021 model year by the new Chrysler Grand Caravan, which is based on the Chrysler Pacifica.

The brand’s most best-selling model in Canada is getting a thorough redesign for the 2021 model year, and will soon go on sale. In the meantime, the outgoing generation of the Nissan Rogue is still selling well, despite a 17.8% decrease during Q3 and a 38.4% drop after nine months in 2020.

The Hyundai Kona was an overachiever during the third quarter of 2020, recording a 56.3% hike in sales compared to 2019. Through the first nine months, sales were flat at -0.2%, but in these tough times, that performance helped it shoot up from 13th to 7th place among the most popular trucks and SUVs in Canada.

There’s a considerable gap between the Kona and the 6th place Honda CR-V, which saw its sales drop by 6.7% in Q3, and by 25.3% through the first nine months of 2020. The Japanese brand’s best-selling model in Canada slid from 6th to 4th place on this top 10 list.

Combined Chevrolet Silverado 1500 and Silverado HD sales were up by 2.6% during the third quarter of 2020, and down by only 8.5% so far this year. It’s worth noting that GM has been struggling to keep up with the strong demand for its full-size pickup trucks, but that didn’t stop the Chevy from moving up one spot on this list. 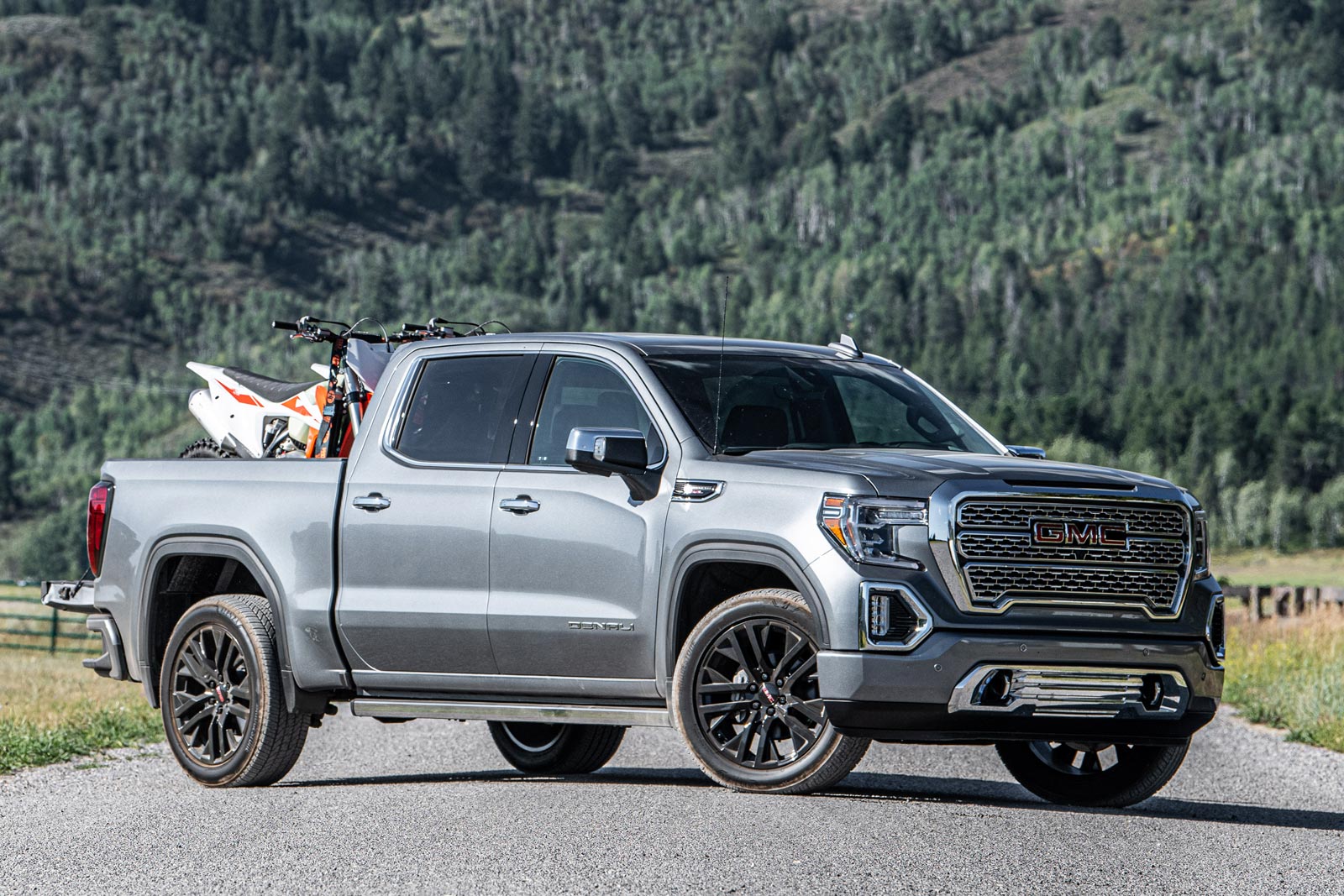 It’s amazing how close GM’s two full-size pickups are on the sales charts, but in Canada, the GMC Sierra 1500 and Sierra HD are always on top, albeit by a very small margin. The Sierra saw its sales drop by 1.4% during Q3 and by 6.5% through the first nine months of 2020, but moved up a spot on this ranking.

Thanks to a sales increase of 19.8% during Q3, and a drop of only 15.9% through the first nine months of the year, the Toyota RAV4 consolidated its third-place position among the most popular trucks and SUVs in Canada so far this year. The RAV4 is the best-selling utility vehicle in Canada.

Together, the Ram 1500 and Ram HD outsold all but one model on this list, with modest sales drop of 5.4% during Q3 and of 16.0% through the first months of 2020. This result helped the Ram Pickup keep its second-place position.

We’re starting to sound like a broken record, but the Ford F-Series is still dominating the list of most popular trucks and SUVs in Canada. Combined sales of the Ford F-150 and the Ford Super Duty are so high that the pickup line accounts for 55.7% of the Ford Motor Company’s overall sales in Canada. It also outsold the five best-selling passenger cars in Canada—combined. That’s a lot of trucks.

Station wagons, convertibles, and some two-door coupes will be the first to go. Expect more high-end AMG and Maybach models, and more. Many automakers...
Read more
Previous articleVolkswagen Orders Thousands Of Robots To Build More EVs
Next article2021 Tesla Model 3 Is Updated And Gains More Range