News New 2020 Volkswagen Passat To Be Revealed In Detroit

New 2020 Volkswagen Passat To Be Revealed In Detroit 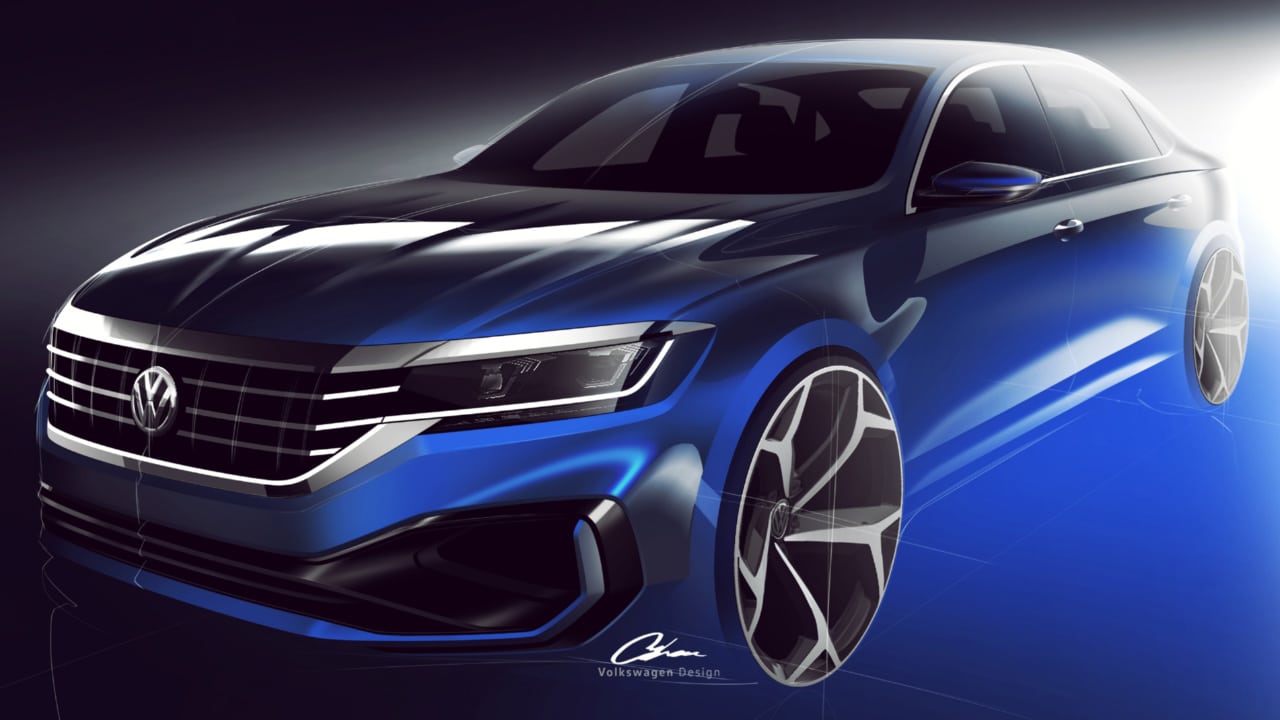 While SUVs and crossovers have taken over the car business in North America, Volkswagen still points out that more than 4.25 million sedans like the Volkswagen Passat were sold in 2018.

It is with that in mind that the German automaker will unveil the 2020 Volkswagen Passat sedan in a few days at the 2019 Detroit Auto Show.

There are rendering floating about on the web like the one see above and the most we can tell from the images is that the new Passat will have gained a good dose of attitude.

The current MK7 Jetta, 2nd generation Tiguan and Arteon must have served as inspiration judging by the front-end treatment and bolder beltline. Obviously, the production car will be tame by comparison but then again, the Passat’s never been a sport or sporty sedan despite the GT and R-Line trims.

Unlike nearly all new VW vehicles, the new 2020 Passat will not be based on the MQB platform but continue on the old New-Midsize-Sedan (NMS) building block. The first thing we can take away from this is that the new car will remain FWD only, unlike the all-new 2019 Nissan Altima, for example.

Although Volkswagen mentions 4.5 millions sedans, the Passat’s never quite achieved a level of success that comes anywhere near that of its Japanese or American counterparts.

The virtual concept is now a steel one. Still not in production The EV Roadster is meant to bring attention to Nissan's future...
Read more
Previous articleGemballa Porsche 911 Turbo Leaves Us Speechless
Next articleThe Chevrolet Trailblazer is Back Apparently