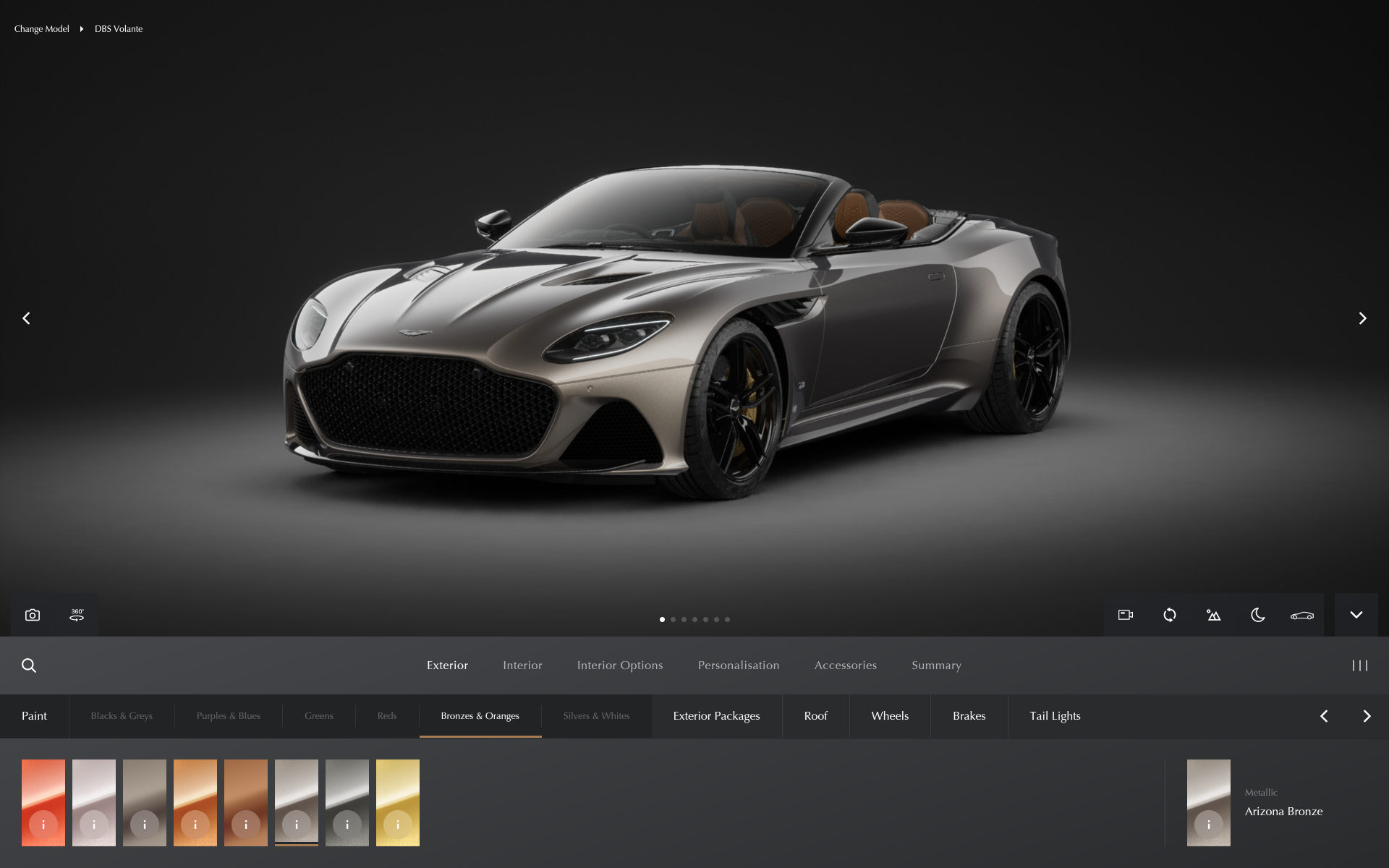 Build your Aston on a much cooler site

Aston Martin has just launched an all-new online configurator to let you build your dream British brawler. The automaker is also using that new site to debut its 2022 model year updates including enhanced interiors for the whole range nad some more horsepower for the DB11.

Offering an experience worthy of the luxury automaker, Aston’s new site is powered by the Epic Games Unreal Engine. The Unreal Engine software offers an impvored graphics experience and has driven the visuals of games like Fortnight and the latest Gears of War series games. It has also been used in automotive visuals including other automaker sites and infotainment systems.

Aston says the new configurator is designed to “engage, excite and enable the brand’s customers.” For many of us, that could just mean an afternoon of dreaming, but for many, it will be building a new reality. Aston says that since the beginning of the Formula 1 season, the first race for the new AM Formula 1 team, website traffic has been some of its highest ever.

The car updates include an extra 24 hp for the V8 Aston Martin DB11 bringing it to 528 hp total. That power arrives at the top of the rev range by keeping the torque curve flat for longer. New Sports Plus seats add more shoulder and torso support for fast-paced driving.

The DBS Superleggera is now just called DBS, while the V12 DB11 has dropped its AMR badge. The changes don’t affect the mechanical bits but are meant to simplify the naming of the line.

New trim bundles are offered, including Create, Accelerate, and Inspire environments that combine materials and features to showcase a different atmosphere. You can also customize the whole thing yourself.

The site’s first phase is live now, with more to come.