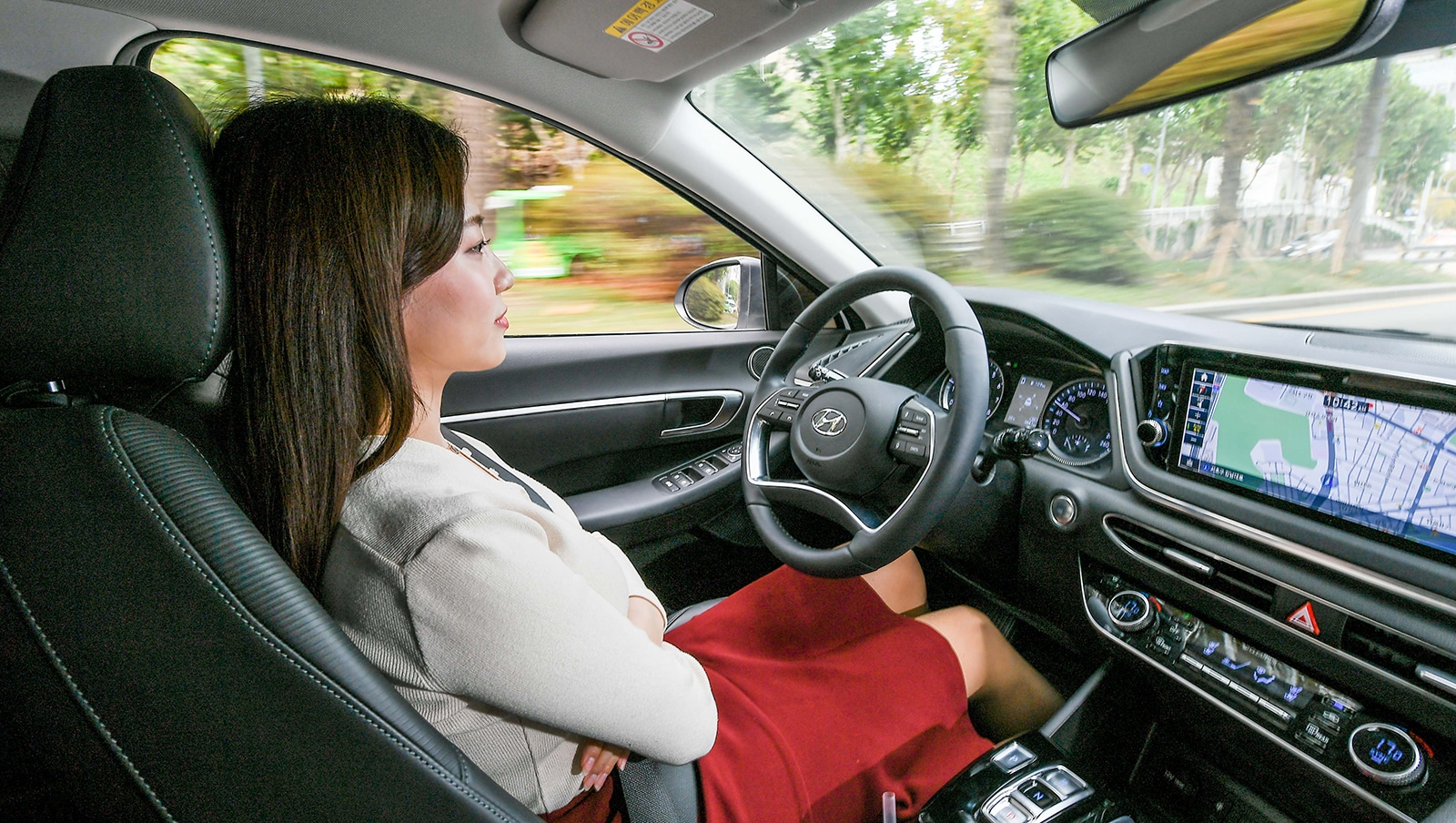 The Hyundai Motor Group has announced the development of a new cruise control system that incorporates artificial intelligence to learn and adapt to the driver’s habits and driving preferences.

Hyundai says its Machine Learning based Smart Cruise Control system dubbed SCC-ML is both an industry and world first. It will be included in Hyundai’s Advanced Driver Assistance System (ADAS) feature in upcoming vehicles.

The Smart Cruise Control features the range of traditional autonomous driving capabilities such as maintaining a safe distance from the vehicle ahead automatically or applying the brakes all the way to a complete stop, but Hyundai says the way the system behaves will mimic how the driver would act in such situations.

The system will learn the driver’s patterns on its own over time and adapt its interventions to replicate the driver’s behavior.

Current adaptive cruise control systems give drivers the ability to set a predetermined distance from the vehicle ahead, but there is very little customization available. Some drivers may feel like the vehicle slows too quickly from the vehicle ahead while others may want even more distance. Hyundai’s system will adapt to these preferences through artificial intelligence.

The system will also learn how the driver would normally accelerate when the road ahead opens up and apply that knowledge to how the ADAS and adaptive cruise control functions. 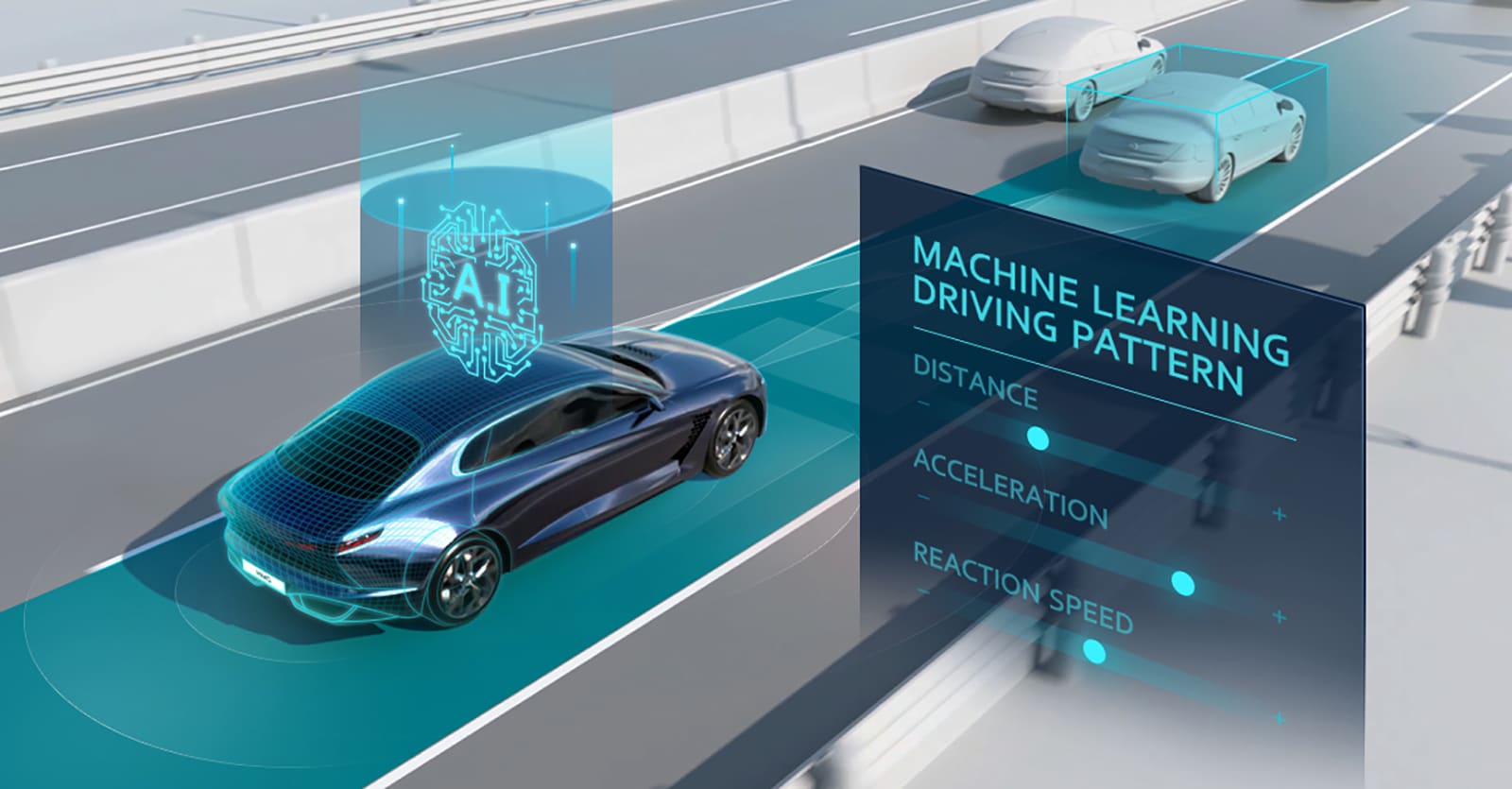 “The new SCC-ML improves upon the intelligence of the previous ADAS technology to dramatically improve the practicality of semi-autonomous features,” said Woongjun Jang, VP at Hyundai Motor Group. “Hyundai Motor Group will continue the development efforts on innovative AI technologies to lead the industry in the field of autonomous driving.”

The independently developed system uses sensors including the front camera and radar to detect potential dangers ahead such as vehicles slowing down or another car cutting into the lane. This information is then relayed to a central computer that matches the danger with gathered knowledge about how the driver would react in such situations.

Specifically, distance from other vehicles, accelerations, and driver responsiveness are measured and considered using “artificial intelligence technology called machine learning algorithm” which is applied when needed.

This system qualifies as a level 2.5 autonomous driving technology. Self-driving vehicle systems are ranked using levels that range from 0 to 5. A level 0 has absolutely no technology intervention while a level 5 autonomous vehicle doesn’t need a steering wheel. Highly-advanced technologies from Tesla and GM’s SuperCruise are considered Level 2.

The automaker has already signed an agreement with the federal government. Other sites in North America are still being considered. This will be...
Read more
Previous articleTRD To Unveil Toyota GR Supra 3000GT Concept At SEMA
Next article2019 Tokyo Motor Show : Subaru Levorg Prototype May Hint At Next WRX