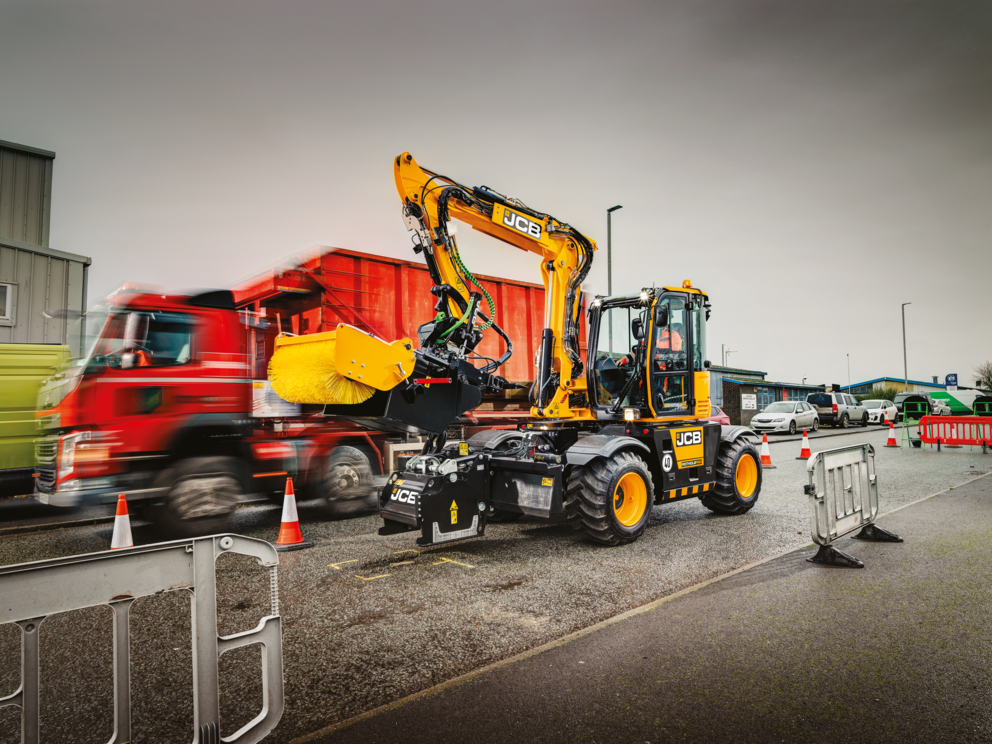 You probably won’t get behind the wheel of one of these new JCBs anytime soon, but they’re ready to make your drives better more quickly than ever before. It’s called the Pothole Pro, and the company claims it’ll repair those road holes in under eight minutes.

The British construction equipment company says that the new machine can repair a pothole four times faster than the existing methods, and comes in cheaper while it’s at it. The machine, says Autocar, is fitted with a cutter to remove the broken asphalt, a sweeper to push it out of the way, and a hydraulic cropping tool that lets it even out the edges of the hole.

Normally, says JCB, this would all be done manually taking much more time and resources. That, they say, cuts daily costs in half. More importantly, it lets crews fix the road faster, meaning that they’ll fix more of those pesky potholes in less time. All that’s left after the Pro is done is to fill the hole with asphalt and compact it.

Trialled in Stoke-on-Trent, it was able to fix an equivalent of 700 potholes a month. Initial testing showed 51 holes in 20 days, which JCB said would have taken a team of six 63 days the old way.

Company chair Lord Bamford, who is shockingly passionate about roadwork, said that “potholes really are the scourge of our nation. Our country is quite rightly fixated on this dreadful problem and, as a British manufacturer, I’m fixated on finding a solution.”

Is this new pot crew a direct result of the company’s partnership with Formula 1 team Aston Martin Cognizant (formerly Racing Point)? Probably not, but one never knows, does one?