New Jeep Grand Cherokee Will Be Beefier And More Luxurious

The next-generation Jeep Grand Cherokee is still about a year away but here are some details.

Jeep Wrangler To Be Offered With 4xe PHEV Technology

Jeep is keeping extra-busy despite the ongoing pandemic. Earlier this year, they announced the coming of new 4xe PHEV versions of some of their models. Over the last while, we’ve seen spy shots of the brand’s upcoming 3-row SUV, which is expected in the first quarter of 2021. And, we have more details on the new Grand Cherokee which should follow a few months after.

The Jeep Grand Cherokee, codenamed WL, will continue to be a luxury and technology leader for the legendary SUV brand. The center-stack will feature a cascading screen sized 8.4- or 10.1 inches and be powered by FCA’s Uconnect 5 system. At the top end, we can see some controls likely for ESC, hazard lights, and others. At the very bottom are the HVAC and cooled/heated seat controls. The dashboard itself is broader, more horizontal, and seems to include a digital instrument panel.

Other features might include heated and cooled rear seats, head-up display, as well as a rotary shifter, and many more revised buttons and switchgear. 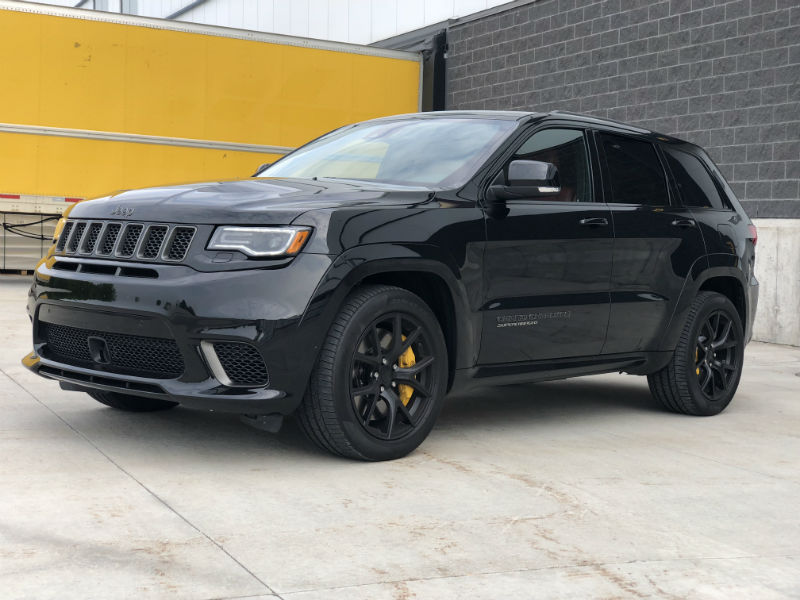 The exterior will also evolve. The details, shared by autobison.com, show a new Grand Cherokee that will not only be longer by about 5 inches, but be broader, and beefier. The seven-slat grille is more upright and squared up. Behind it will be a flatter and wider hood, all in the name of a more muscular and macho look. One thing will remain unchanged and that’s the fact that it will be instantly recognizable as a Grand Cherokee.

At first, the 2022 Jeep Grand Cherokee will launch with two of its current mills with eTorque technology, the 3.6-litre V6, and the 5.7-litre V8. The WL will be assembled on the Giorgio Global architecture shared with Alfa Romeo, however, it will be modified slightly.

Going forward, the Jeep will be powered by the turbocharged 2.0-litre 4 cylinder, also with eTorque, and a 4xe PHEV is also in the works. Finally, an inline-6 cylinder engine will appear and apparently a high-output version of this engine, with forced induction, may eventually replace the SRT’s 6.4-litre V8.

The 2021 calendar year will be huge for Jeep with the new Grand Cherokee and its 3-row variant.