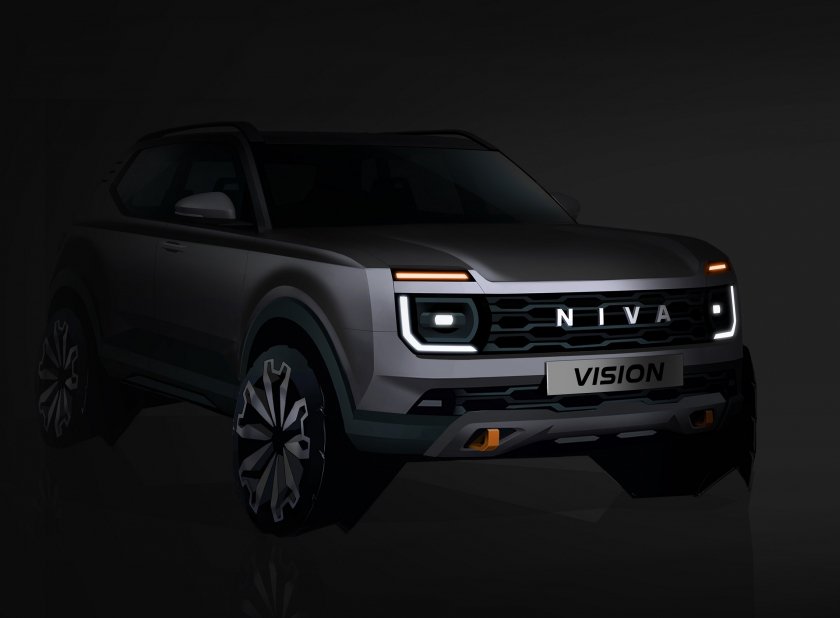 Four all-new models are coming from Lada including the first all-new Niva since, well, forever if you’re not counting the rebadged Chevrolet that stole the name in the early 2000s. It’s all part of Renault‘s efforts to revitalise (in what it calls a Renaulution) all of its brands including the iconic Russian marque.

The original Niva, now called the Niva Legend, launched in 1977 as an off-roader specifically for the rural market. The name means “crop field” in Russian, to give you an idea of its mission. Largely unchanged since then, the Niva was even sold new here in Canada as late as 1998, though you might have trouble finding one these days.

Lada, owned by Avtovaz, which is owned by Renault, will see the development of its models combined with other Renault affordable brand Dacia, but it’s the new Niva that has us interested.

The rendering the automaker showed looks like an EV rebirth of the Niva much like the Renault 5 Prototype its parent revealed earlier this week, however, it will be built on the Renault CMF-B platform, currently used by the Renault Clio and next-gen Nissan Juke, so don’t expect this one to be battery only.

Were Lada to put out a modern EV platform wearing that name, there might be another revolution at dealers. To fit the company’s own briefing of the off-roader as “a cult product…the Russian automotive proxy of the swiss knife,” it would need to use 12V lead-acid batteries and motors used to turn turrets of surplus T-55 tanks instead of Li-Ion and modern motors.

Instead, the company knows its target and will build a new model, available in two sizes and arriving in 2024, with the 4×4, high stance, and construction that Lada buyers expect. Just with some more modern bits under that wonderful retro sheet metal.

The company’s CEO said the Spectre EV received “far more” orders than expected. Full details for the EV have yet to be announced...
Read more
Previous articleGM To Potentially Expand Corvette Line With An SUV
Next articleNew Ford Raptor To Debut On February 3rd