News New Renewable Gas On Sale This Year, Lowers CO2 Up to 20...

New Renewable Gas On Sale This Year, Lowers CO2 Up to 20 Percent 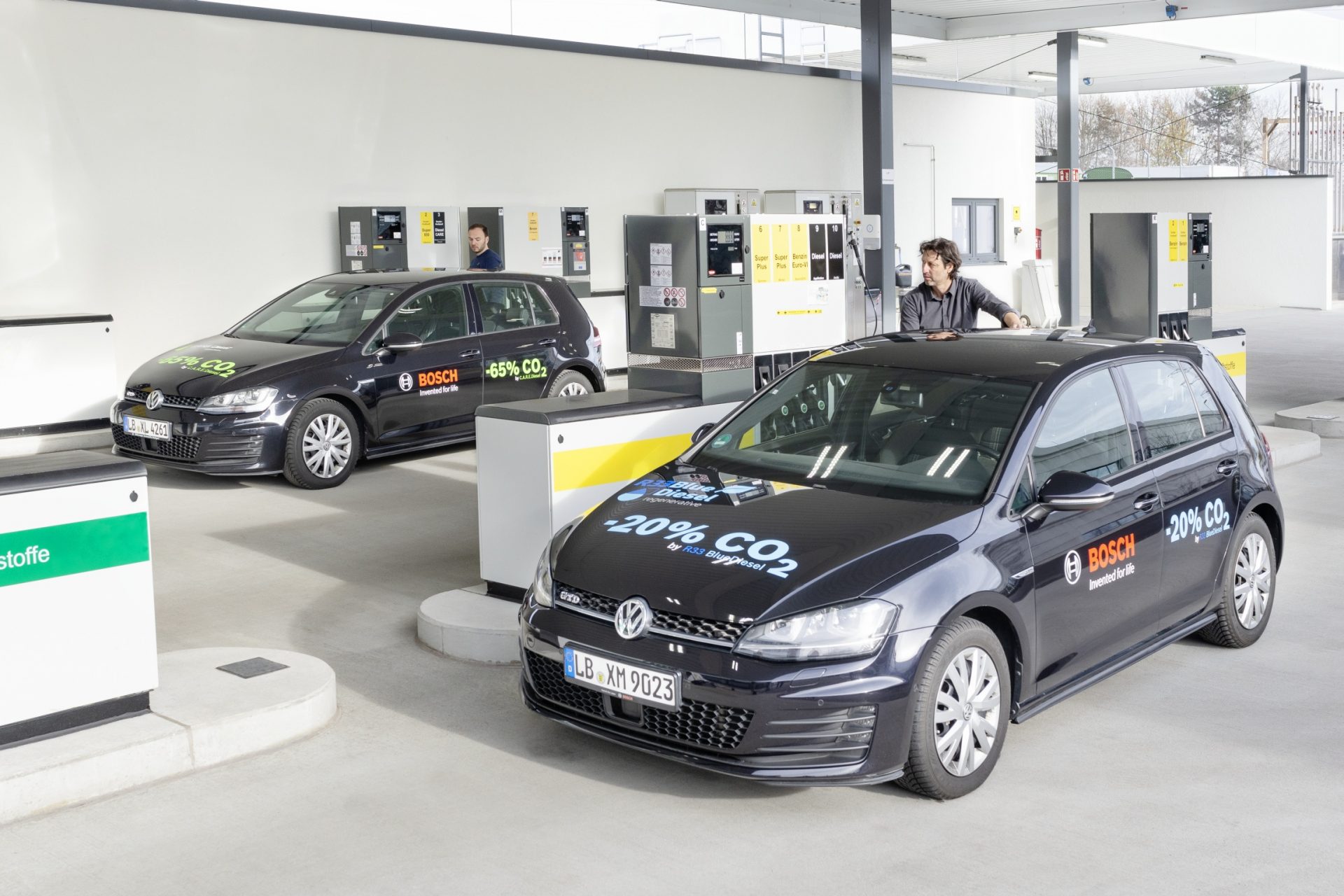 Talk of lower-emissions gasoline has been around for decades, but now Bosch, Shell, and Volkswagen say they’ll have renewable gasoline with 20 percent lower carbon emissions available to consumers in Germany this year. And what they can’t offset through renewables, Shell will use certified offset arrangments.

It’s called Blue Gasoline, and it contains up to 33 percent renewable fuel sources, meaning that it has a total well to wheel carbon emissions reduction of at least 20 percent per km driven, Bosch says. The renewable components of the fuel come from naptha as well as ethanol that are certified by the International Sustainability and Carbon Certification (ISCC) system. While ethanol can be sourced from plants, the naptha is sourced from residual and waste materials including a by-product of pulp and paper production.

Importantly, Blue Gasoline meets EN 228/E10 standards, meaning it doesn’t contain more than 10 percent ethanol, and as such can be used in virtually every gas-powered vehicle. “Blue Gasoline is another building block in the effective reduction of CO2 emissions from the vehicle fleet, said head of ICE development at VW Sebastian Willmann. “Blue Gasoline’s high storage stability makes the fuel particularly suitable for use in plug-in hybrid vehicles. In the future, the expansion of the charging infrastructure and larger batteries will mean that these vehicles predominantly run on electrical power, and thus that fuel may remain in the fuel tank for longer periods of time.” The fuel is intended to work alongside electrification, not to replace EVs as a greener mobility product.

Bosch will roll out Blue Gasoline to its filling stations as early as this month and says it plans to phase out conventional Super 95 E10 gas. While these are internal filling stations for company use, it’s expected to become available at consumer filling stations soon, much like R33 Blue Diesel, which has been on sale since 2018.

Mercedes-Benz has not confirmed the updates yet. A new heat pump should help to boost autonomy between charges. A 4x2 mode should also...
Read more
Previous articleFord Dealers Low on Inventory May Not See Relief Until August
Next articleVolkswagen ID.2 Will Be A Compact Affordable CUV