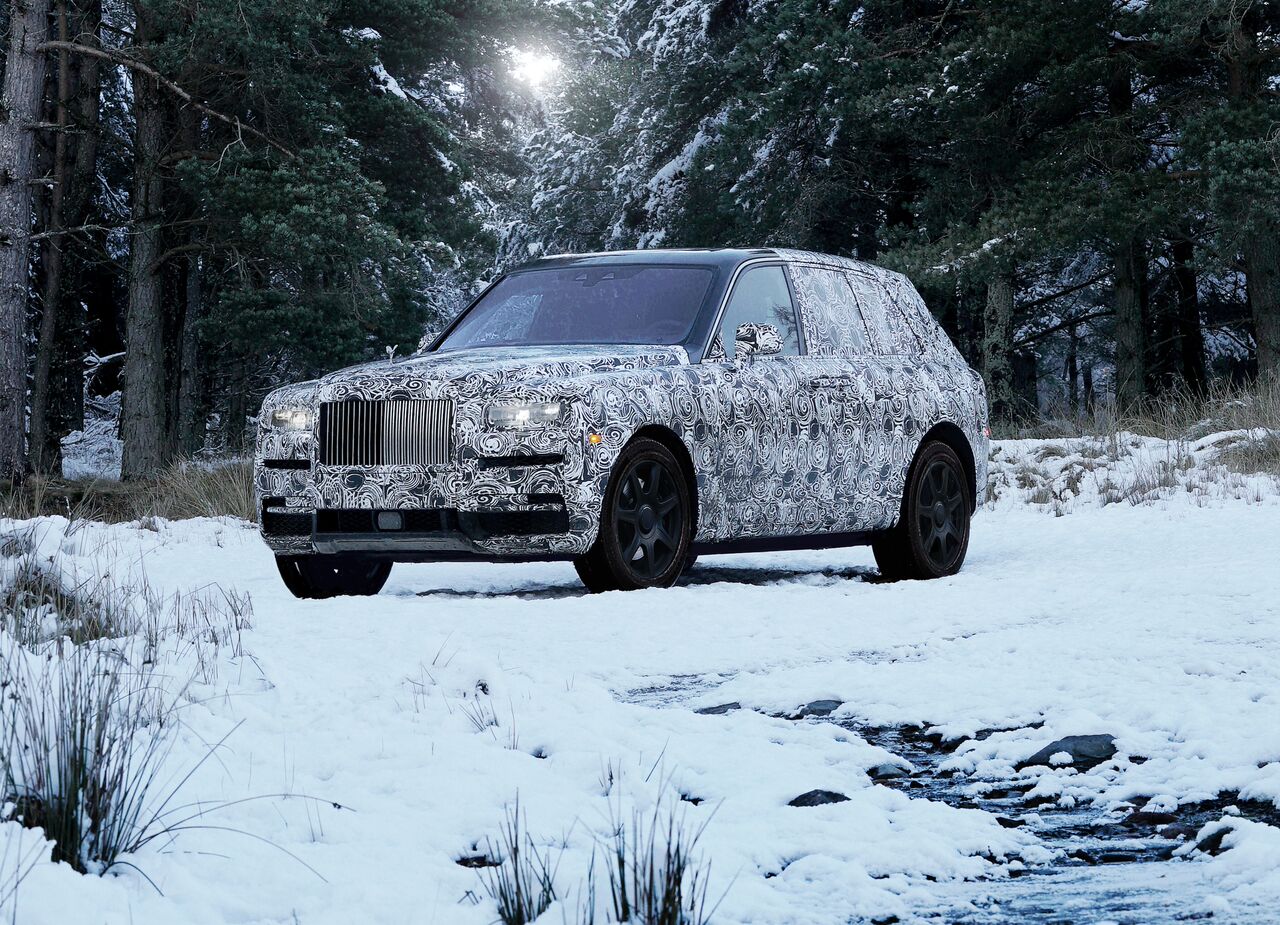 That’s the name that will adorn Rolls-Royce’s all-new “high-sided” luxury vehicle, or RR speak for SUV.

Details are very scarce, but it has been revealed that the testing on the new “Effortless, Everywhere” luxury vehicle was completed in the deserts of Africa and the Middle East, the Arctic Circle, and canyons of North America.

It was announced three years ago that Rolls-Royce was going to create their own utility vehicle. With the Bentley Bentayga, Lamborghini Urus and now the RR Cullinan, only Ferrari has resisted this trend, for now.

The name Cullinan comes from the 3,106-carats diamond, the largest ever discovered. Portions of the Cullinan diamond are in the British Imperial Crown and Sovereign’s Sceptre with Cross.

No information is yet available however given that it is the second Rolls to be built on the all-new aluminium spaceframe called “Architecture of Luxury”, it is conceivable that it will use the Phantom’s 653-horsepower and 664 lb.-ft. of torque 6.75-liter, twin-turbo V12 and accompanying 8-speed ZF automatic transmission.

We’re guessing that the Geneva Motor may be where the vehicle will be launched.