News New Volkswagen Golf 8 Leaked Inside and Out

New Volkswagen Golf 8 Leaked Inside and Out 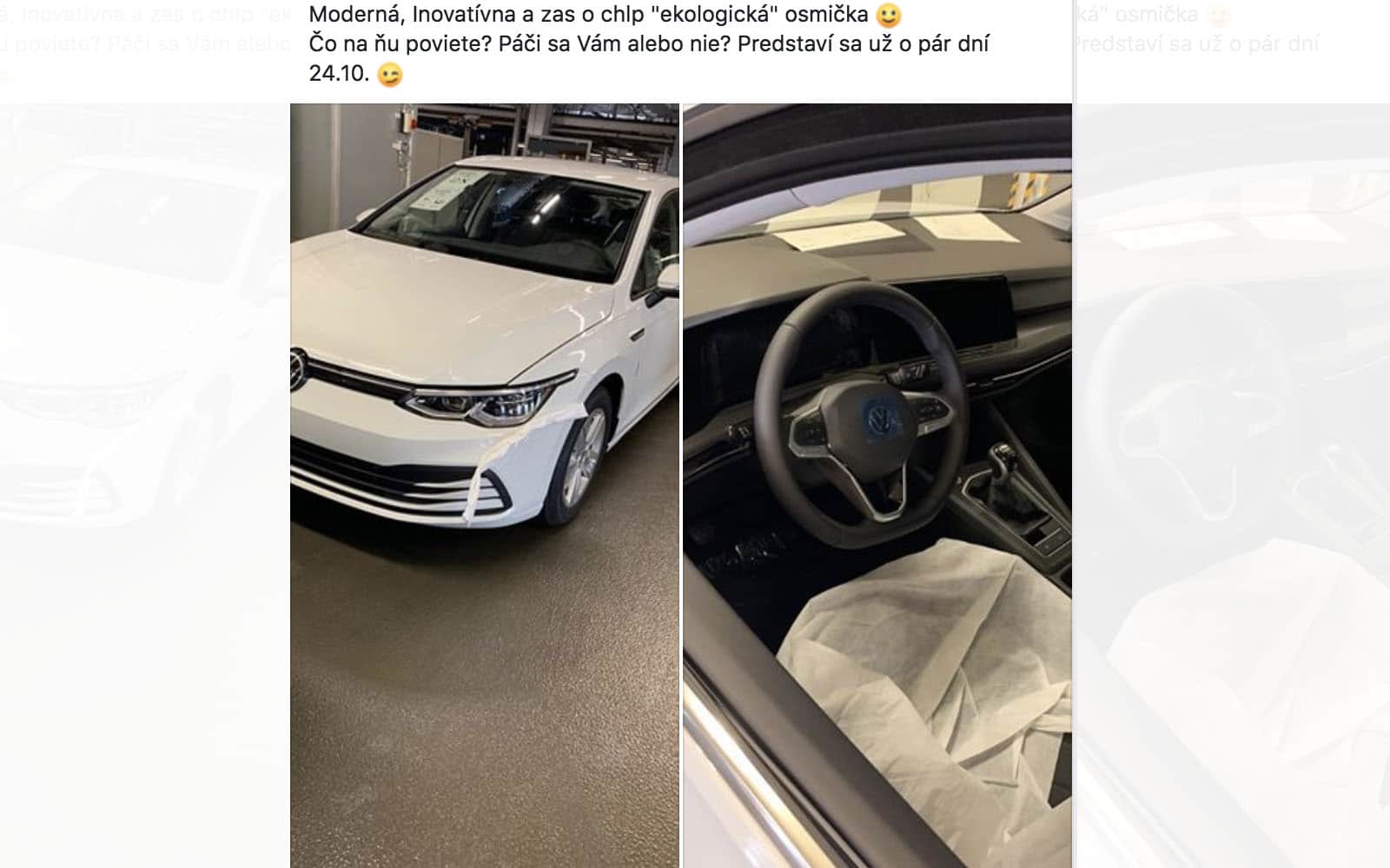 The official debut of the Volkswagen Golf 8 is scheduled for October 24, but as is often the case images of the finished product have leaked online.

The images above were published on Facebook and clearly show the new-generation Volkswagen Golf expected next week. The exterior shot shows the new Golf 8’s headlights with a distinctive “brow” as well as a redesigned bumper with painted slats. The car also has the redesigned Volkswagen logo on its slim grille.

The interior shot shows a redesigned dashboard with a new centre screen, new gear lever, and what appears to be a second screen for the instrument cluster.

Left of the steering wheel is a continuation of this screen where various buttons likely controlling the headlights and driver assistance technologies can be found. The interior is very close to the Volkswagen Golf 8 teaser sketches revealed last week. The layout is a new iteration of the Innovision Cockpit offered on the Volkswagen Touareg in Europe.

The images appear to have been taken from a Volkswagen factory and certainly appear to be legit. The subtle exterior evolution is typical of how Volkswagen has redesigned the Golf over the years. The interior, however, is a far cry from the current Golf and certainly an improvement.

This is part of the same diesel scandal Volkswagen was caught up in back in late 2015 The EcoDiesel engine used in the...
Read more

Cadillac wants to target Bentley’s Mulliner and Rolls Royce’s Bespoke programs This means that almost any combination of colours and materials will be...
Read more

Ford overstated the fuel economy of the C-Max hybrid and the Payload of the Super Duty trucks The affected vehicles were sold between...
Read more
Previous articleFirst Glimpse of the New Honda Fit
Next articleTesla Model Y Units Are Making Appearances and Showing Promise

Tires create fine particle dust which seeps in the ground as they wear on the pavement Electric vehicles being heavier than comparable gasoline...
Read more
News

The Supply Chain Crisis Could be Ending Soon, according to Herbert Diess

Since the beginning of the pandemic, the automotive industry, like many other sectors of the global economy, has had to deal with supply disruptions...
Read more
News

Ford overstated the fuel economy of the C-Max hybrid and the Payload of the Super Duty trucks The affected vehicles were sold between...
Read more
News

The New BMW Alpina B3 is Exceptional as Always

The updates to the B3 follow the reveal of the facelifted 2023 3 Series. Horsepower is up to 495. That B3 Touring… BMW may...
Read more
News

It was recently suggested that the Hyundai Sonata was to be killed off by mid-decade. Sedans as a whole are going the way...
Read more
News

The American brand has a strong presence in China, which is by far its largest market The Electra-X concept is an upcoming electric...
Read more