A first for the Japanese luxury brand.

Although the Lexus RX is the brand’s most popular vehicle in the United States and Canada, sales of the Lexus NX have been steadily increasing since it was introduced for the 2015 model year. It will soon be redesigned, and could feature as many as five different powertrains—including a plug-in hybrid system.

As a matter of fact, just last autumn, Lexus announced it would be using four types of environmentally friendly propulsion technologies—fully electric, hydrogen fuel cell, hybrid and plug-in hybrid—and the latter should make its first appearance for the brand in the Lexus NX.

Since the NX and the Toyota RAV4 share the same underpinnings, the second generation of the compact luxury crossover will move to the GA-K/TNGA-K platform and receive the RAV4 Prime’s PHEV system. It consists of a 2.5-litre four-cylinder engine, two electric motors and a lithium-ion battery pack to produce a combined 302 horsepower. In the RAV4 Prime, the company says it provides 0-60 mph (0-96 km/h) dashes in 5.8 seconds and an EV driving range of up to 39 miles (62 kilometres). 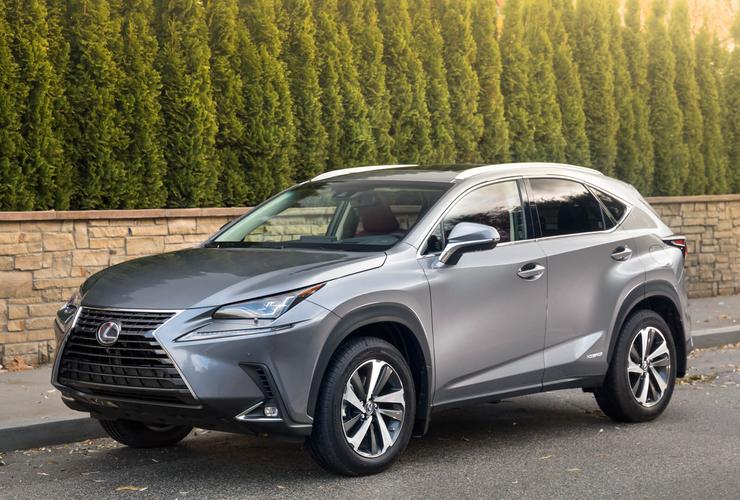 According to a member of the Mach-E Club forum, Lexus filed to trademark the NX 450+ and NX 350h names in Europe, suggesting the NX 450+ will be the PHEV variant. However, the luxury brand has yet to start the trademark procedures in the United States, so for now, it’s unclear if a plug-in Lexus NX will be sold in North America. But since the Toyota RAV4 Prime will be, the NX normally should arrive here as well.

Right now, the Lexus UX 300e is the brand’s first and only fully electric vehicle, but it will only be sold in other parts of the world such as China and Europe. Lexus will also introduce a new sedan based on the hydrogen-powered Toyota Mirai, and as before, most models in the lineup will be offered with a conventional hybrid powertrain.

The company wants to add at least six electric vehicles by 2026. New electric versions of the S60, S90, XC40, XC60 and XC90...
Read more
Previous articleYour Tesla Cybertruck In Any Colour You Want, But Not From The Factory
Next articlePorsche Canada Extends Roadside Assistance To All Hospital Front-Line Workers, Even Those Who Don’t Own a Porsche