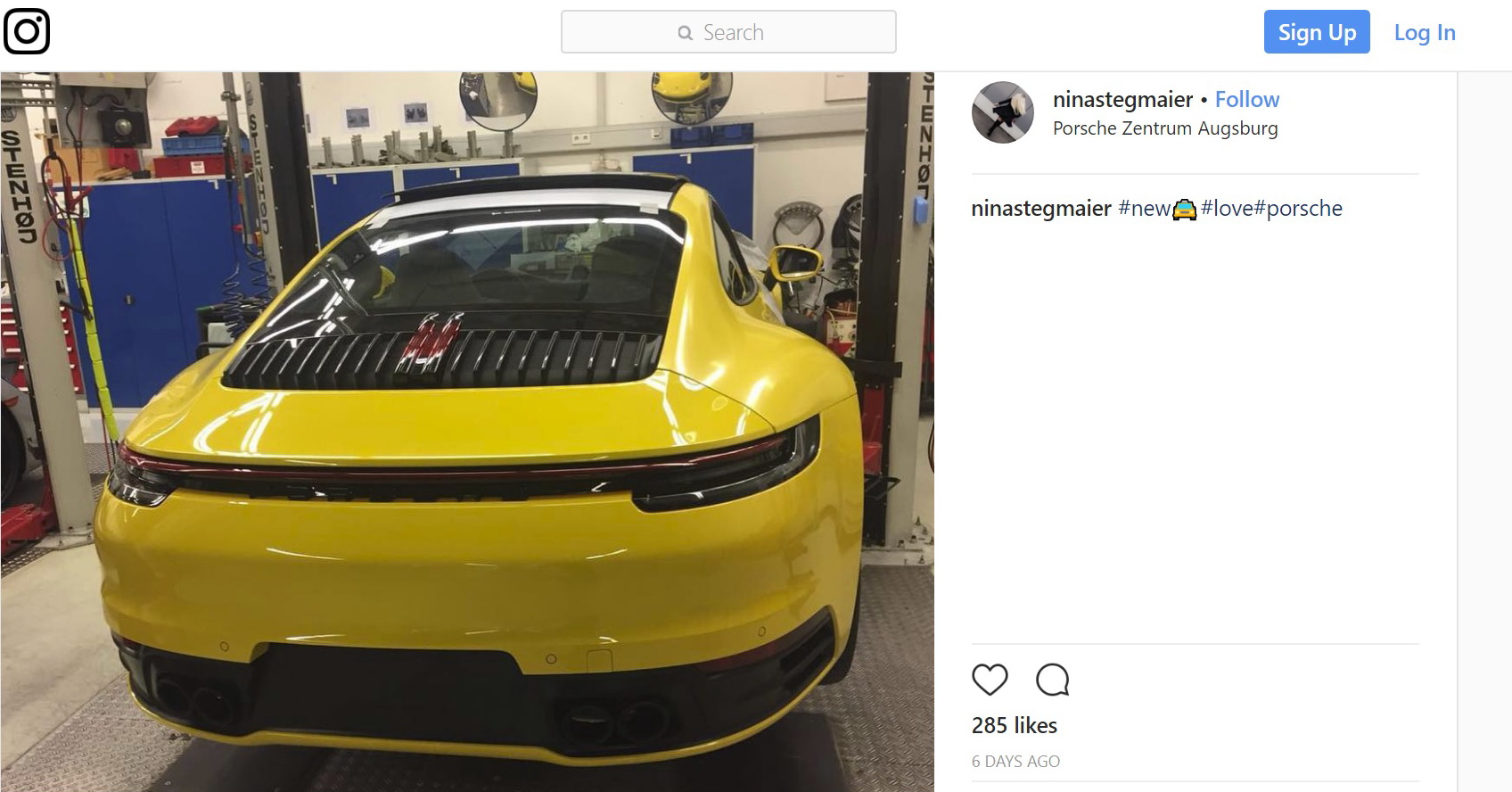 Every time Porsche launches a new 911, the car world seems to stop, take notice, nod in approval and wonder how it’s possible that the carmaker’s done it again.

Arguably one of the best cars of all time, the new 911, codenamed 992, will be released sooner rather than later. The current 991 911 arrived in 2011 with a new face but it wasn’t until 2015 that more serious changes were made. The 991.2 gained turbocharged smaller displacement flat-6 engines, replacing the previous normally-aspirated units, with a pair of exceptions (GT3 and R).

The 992 911 will surely carry the forced-air mills with a likely bump in power. The interesting bit is that they should all include a 48V mild-hybrid system. The electric boost could generate up to 20 horsepower and 50 lb.-ft. of torque. These additions could raise the base Carrera’s output to 400-horsepower, from the current 370.

The spy picture is limited to a shot of the 911’s rear but the changed are evident, from the light bar between the taillights, the bumper and deck-lid.

This update will be similar to the one made to the Model X and the Model S in 2021. The interior is expected...
Read more
Previous articleThe Ferrari of utility vehicles
Next articleVolkswagen 4MOTION; AWD all the things