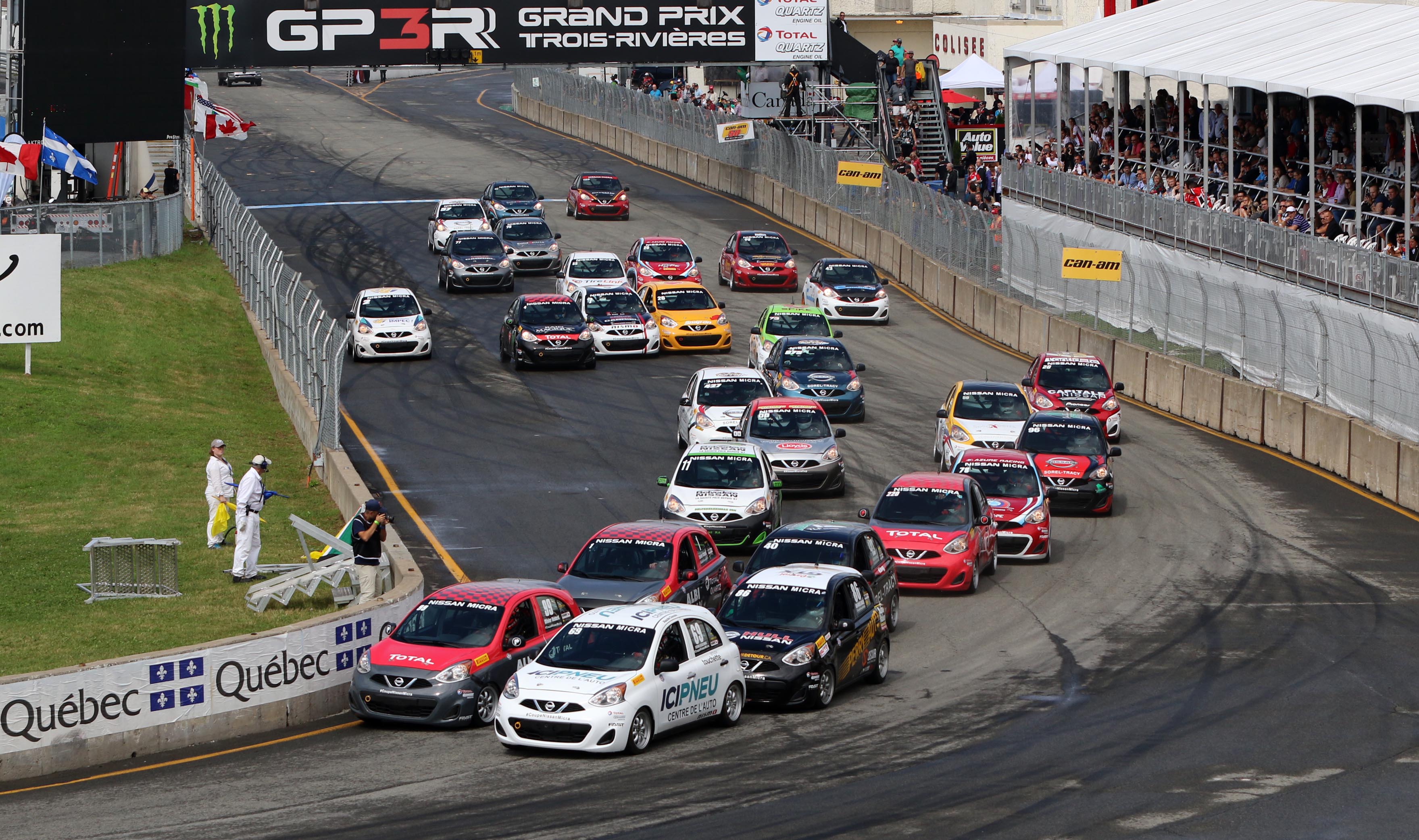 A bunch of small subcompacts that barely top 100 horsepower; that doesn’t seem like something you’d want to see on a race track.

And yet, for the last four years, the Nissan Micra Cup has been gaining more and more followers with its unique breed of racing that focuses solely on driver skill to separate the last place car from the top of the podium.

Playing with the same deck

As you may have guessed, every Nissan Micra Cup contender drives a Nissan Micra. The entry-level Nissan hatch is known more for its fuel economy and its low sticker price than for its power, and that’s precisely what sets the Micra Cup apart from other racing championships.

In F1, you can be the best driver in the world, you probably won’t win a race in a Force India car. The same can be said for most international racing series that feature high-performance cars speeding down the track and topping 200 miles an hour. You don’t get any of that in the Micra Cup.

The cars feature the same 109-horsepower, 1.6-liter four-cylinder engine you find in the showroom-variety Nissan Micra.

Sure, the cars are modified – race suspension, 5-point racing harness, modified exhaust, roll cage, towing hooks front and rear, FIA racing seat, fire extinguisher, performance brake pads, and performance tires – but they are nevertheless stock when it comes to their engine. That simple fact results in a race that is far more exciting at times that anything involving supercars or single-seat race cars.

The pilots have to rely on their experience, knowledge of the track and situational awareness to come out ahead. Because everyone is playing with the same cards, the skills required to get out of the mass of cars that is the start of the race and into a position where you can actually maneuver is considerable.

Moreover, one could say that the modifications made to these Nissan Micras are more to allow them to complete a single lap without plowing into a wall than to give them any sort of race-worthy stability. They bobble and bounce as they go around the track, giving the impression that they are about to end up on their side. The drivers come within inches of each other, and often they can’t quite avoid a collision.

That explains why most of what you see as you tour the open-to-the-public paddocks between races is technicians leveling out dents and fixing broken mirrors.

In an age where an F1 team has 300 million dollars in its pocket to make its car go faster than the competition, it’s refreshing to see a race where the final race car costs roughly 50 000 $ including the cost of the Micra. It’s also a blast to watch, because you really aren’t sure who’s going to win. Yes, Olivier Bédard is the series’ uncontested champion, but that’s because he’s one heck of a pilot and not because he has the best car…

The Micra Cup is in its fourth year. It runs from May to September with the last two races scheduled on August 24th to 26th at the Canadian Tire Motorsport Park in Ontario, and the Circuit Mont-Tremblant in Quebec September 21 to 23.

Patrick Nadeau, From Disraeli (QC), drove from his home to Mexico and back. His car is a Hyundai IONIQ 5 Long Range RWD. ...
Read more
Previous articleTesla sues Ontario government over incentive program
Next articleMusclecar and parts hoard in Iowa