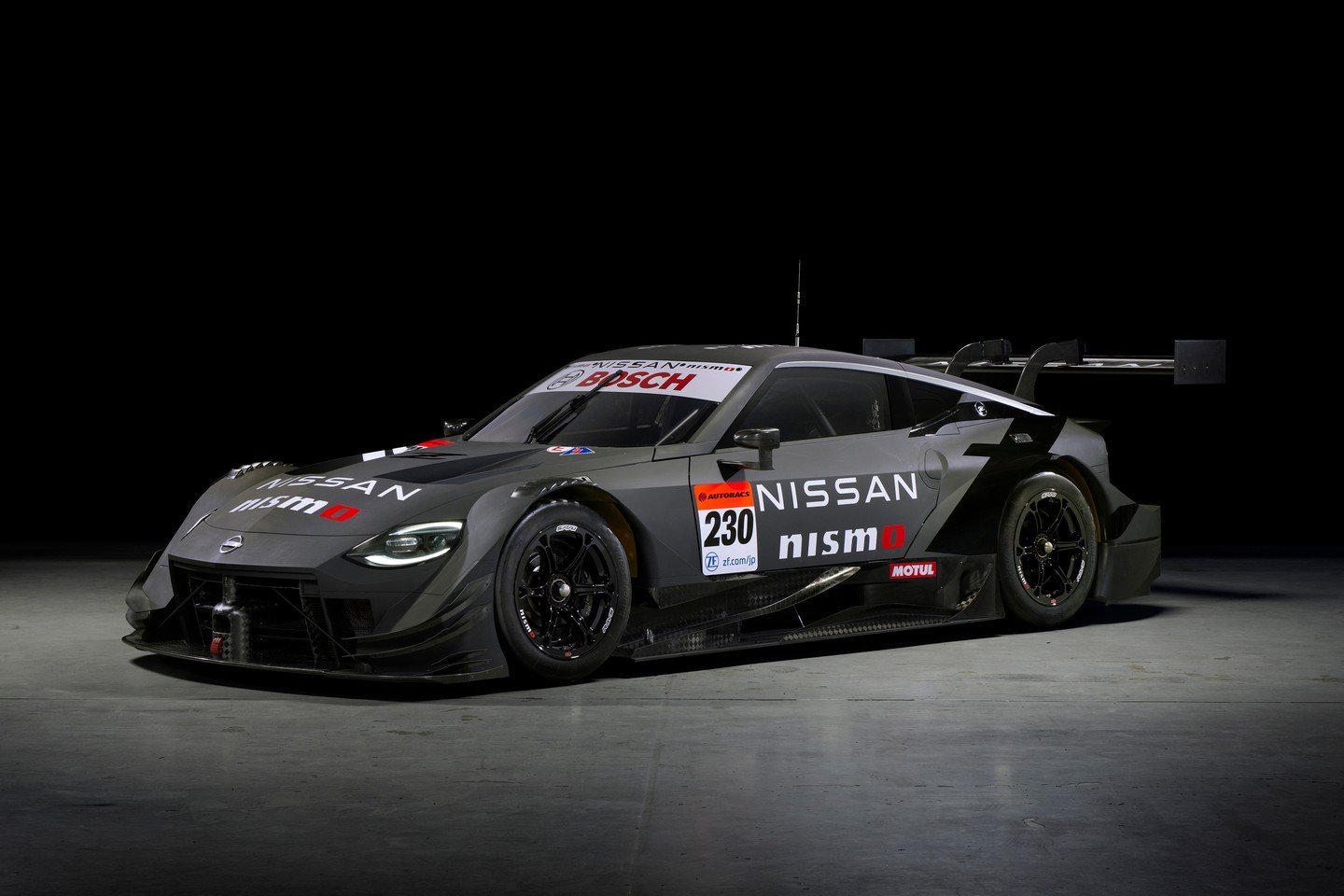 Zed's back in top-tier Japanese racing

Nissan said that part of its turnaro0und plan is “transforming its business to provide superior brand value.” We’re not sure how, exactly, but Nissan says that this Super GT Zed is meant to do just that. Nissan has been racing Z-cars since the early 1970s, piling up wins in SCCA C Production, IMSA Series, and JGTC racing, and after an absence from top-tier racing, the zed is back.

Nissan’s Z GT500 will replace the GT-R that hasn’t won a title in the series since 2015. “We are entering the 2022 Super GT series with our all-new Nissan Z GT500 car and our huge passion for motorsports. We hope that our fans will continue to passionately support the Nissan and NISMO motorsport teams,” said President and CEO Takao Katagiri.

No specs were revealed for the new car, but it is very carbon-heavy in design. We do know that GT500 class cars are all powered by 2.0L four-cylinder engines that use a standard turbocharger. The cars make in excess of 650 hp and drive the rear wheels through a six-speed sequential box.

The automaker mentions the fast pace of changes in the automotive industry to justify its decision. Car shows have been declining in popularity...
Read more
Previous articleHonda Recalls Over 775,000 Vehicles in North America due to Unsafe Hood Latches
Next articleSubaru Has 45,000 Back Orders in the US