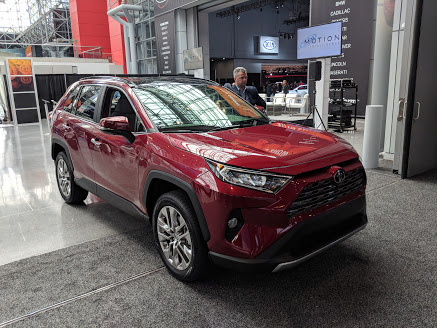 Toyota took its very popular RAV4 and put in on top of the TNGA platform. They then took the current 2.5-liter engine and made it more powerful while also improving fuel economy. Then they added a new infotainment system which finally includes Apple CarPlay (no Android though…), and finally they promised that it would be sportier than the outgoing model.

In essence, the 2019 Toyota RAV4’s press release reads like last year’s new-gen Camry press release. And that’s fine. Because the new Camry is a great car that sheds the boring image of previous models for a new, stylish design that actually gets noticed. Its engines provide the most power in the segment while being among the most efficient as well.

Back to the RAV4. If Toyota’s new-generation compact SUV can do as much, it will have a firm grip on its spot in the best-selling vehicles list. 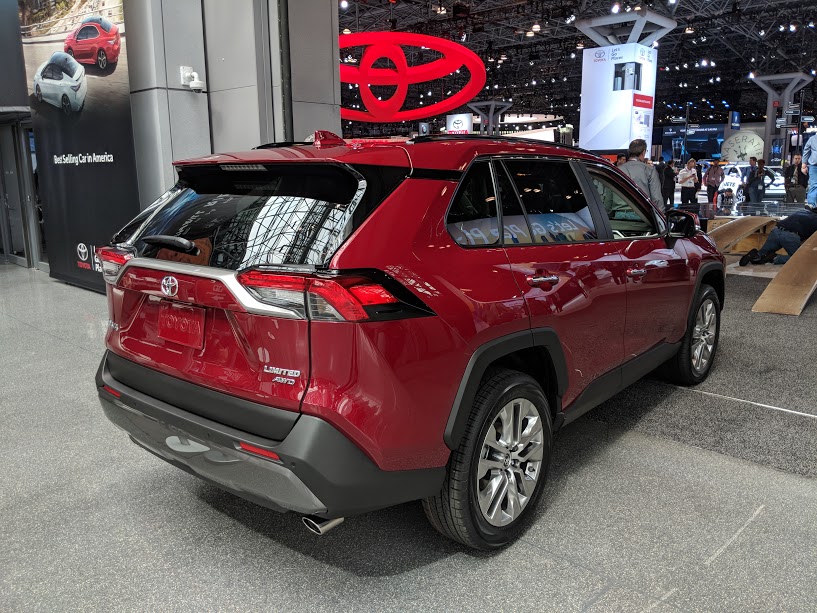 The current RAV4 has an underpowered 2.5-liter engine (176 horsepower) that burns more fuel than the more powerful engines found in the new Honda CR-V and Mazda CX-5. It also has less space than a Nissan Rogue or CR-V. The new 2019 Toyota RAV4 won’t have that problem.

It’s 2.5-liter, four-cylinder engine will have 40 % better thermal efficiency, a promise Toyota made with the Camry as well which led to a power output topping 200 horsepower (203 to be exact). The 2019 RAV4’s base engine should be in that ballpark which will make it the most powerful entry-level engine in the segment.

Expect more space inside along with the Entune 3.0 infotainment system which now offers Apple CarPlay. You want Android Auto? You’re out of luck for now…

The 2019 Toyota RAV4 will also perform better away from the road. It will feature a new terrain management system with different driving modes for rocks, sand, mud, and snow. A few models will also come with a revamped all-wheel drive system with dynamic torque vectoring and driveline disconnect. 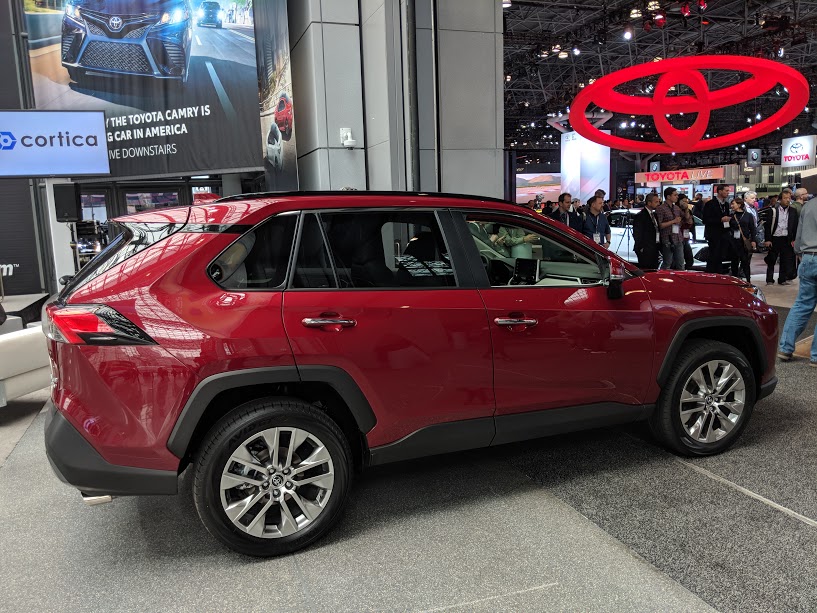 The non-marketing way of describing this new AWD system is that it can send up to 50 % of the engine’s torque to the rear wheels while also distributing power between the rear wheels for improved handling and stability. Not all RAV4’s will get this system, however.

The 2019 Toyota RAV4 Hybrid is also announced. Few details were announced, but power will be up while fuel consumption will be down. The new RAV4 will arrive on the market later this year. Pricing has yet to be announced.