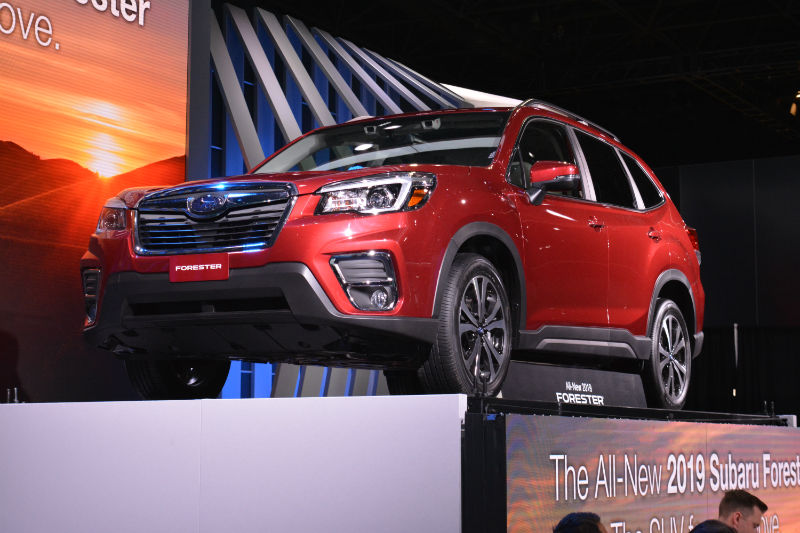 Subaru’s slowly but surely working on revamping its entire line-up. Like most OEMs, they’ve developed a platform, or building block, on which all new products will be built. Subaru’s Global Platform, or SGP, currently underpins the likes of the new Ascent and Crosstrek.

The new Forester, the latest to land on the SGP, is grown up but is still instantly recognizable as the “Fozzy” that many countries and markets have come to love. The prominent shoulder lines give the vehicle a sense of presence while the all-important wheel arches demonstrate that this is not a pedestrian crossover; the new Forester can and will go off-road.

Speaking of off road, Subaru’s symmetrical all-wheel drive system is obviously standard and comes equipped with the brand’s X-Mode AWD control. It features hill descent control and a hill holder system that enables the Forester, or all other Subarus endowed with the system, to climb or descend almost anything without breaking a sweat. 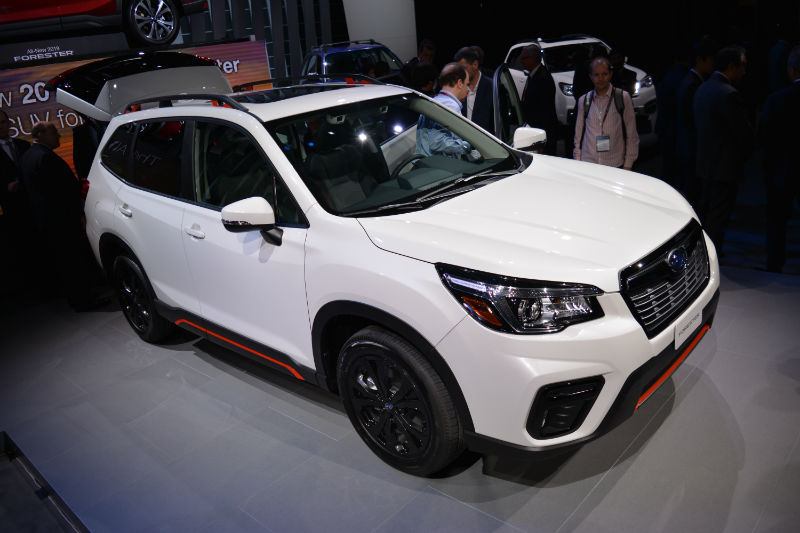 New for the 2019 Forester is a dual-mode version of X-Mode that includes various drive modes (Snow/Dirt and Deep Snow/Mud) when the going gets even tougher. This, combined with the always impressive 220mm of ground clearance means that the Forester can go almost anywhere.

X-Mode has traditionally been included with the Lineartronic CVT transmission and so, if it’s standard on the 2019 Forester, that means that there will no longer be a manual gearbox. Although this might be unfortunate news for a handful of Forester buyers, the Lineartronic offers up a manual mode with seven pre-selected ratios.

At first, the sole powertrain that will be made available is a revised 2.5-litre SUBARU BOXER 4-cylinder engine. Now featuring direct injection, its output has been bumped from 170 horsepower to 182 horsepower. Torque has risen slightly as well, from 174 lb.-ft. to 176 pounds. The key element to remember is that efficiency and thus fuel economy are on the rise thanks also in part to the included auto stop/start function. As far as we know, there is no plug-in hybrid version planned, although Subaru does have electrified vehicles in the pipeline.

It is thanks to the SGP that Subaru continues to deliver exactly what its customers want. The latest 5th generation 2019 Subaru Forester is the largest ever of its kind but not at the expense of retaining its overall compact dimensions. 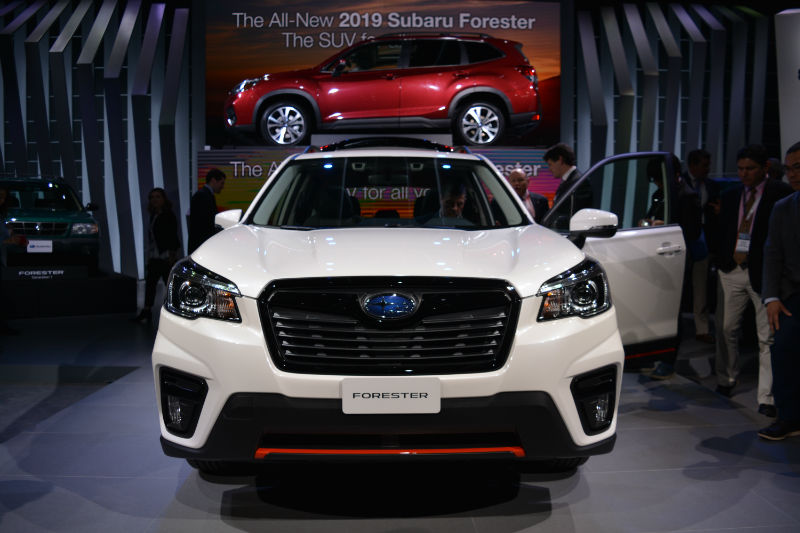 The longer wheelbase translates into a roomier cabin that can easily accommodate five passengers. With occupants usually comes gear to load. The new 2019 Forester’s hatch opening is now larger for better access to the capacious boot. Rear passengers are treated to more room in all respects. Up front, driver and passenger seats are redesigned for more long-haul comfort.

On the many technology fronts, the new 2019 Forester is ahead of the pack. As part of Subaru award-winning EyeSight Driver Assist Technology, DriverFocus uses facial recognition software to look for signs of driver fatigue or distraction and gives an alert if said driver becomes distracted or drowsy. Infotainment duties are carried out by a 6.5” or optional 8” touchscreen that feature Apple CarPlay and Android Auto.

The all-new 2019 Subaru Forester is expected in showrooms across Canada later this year. Pricing will be announced at a later date.

This model will use the new PPE platform and it will feature a wider body and larger wheels. The A6 e-Tron concept reportedly...
Read more
Previous articleNYIAS 2018: Volkswagen to expand the Atlas family
Next articleNYIAS 2018: Hyundai’s new 2019 Santa Fe