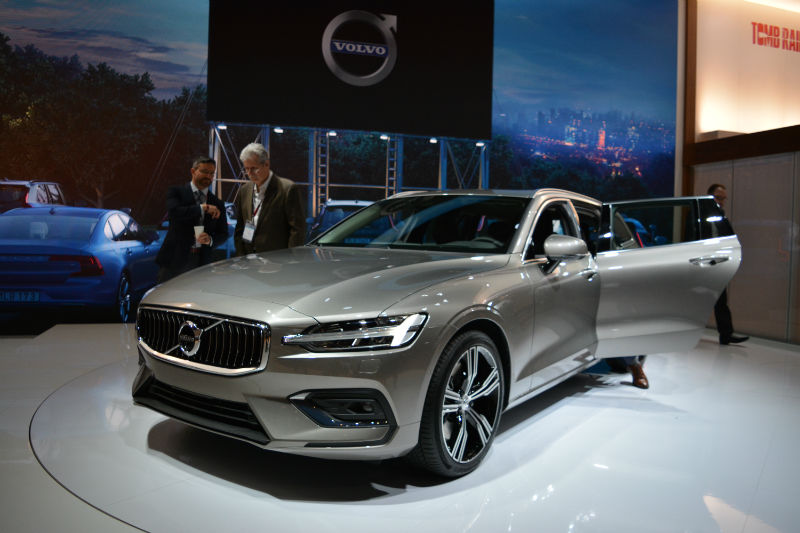 The latest Volvo station wagon was revealed at the Geneva Motor Show nearly a month ago and although we’ve seen plenty of pictures, we’re still blown away by how sexy this car is.

Part of the story with this car is a return to Volvo’s true station wagon roots. Decisions were made for the V90 based on design more than functionality, referring mostly to the rear hatch opening. The V60’s hatch and “D” pillars are straighter and wider apart especially from the shoulder line on up. The V60 is as family friendly as it is attractive.

The cabin follows the established Volvo way. The dashboard is clean and concentrates around the 9” touchscreen with a vast number of connectivity and infotainment options. The front seats are incredibly comfortable while the rear bench will take three passengers in relative ease. Truth be told, there’s little difference between the 60’s quarters and those found in the 90s cars.

Available powertrains are standard Volvo fare. The base car will be a Momentum T5 (250-horsepower and 258 lb.-ft. of torque) with FWD and sport a sticker price of $43,900. T6 cars (316-horsepower and 295 lb.-ft. of torque) in either Momentum or Inscription trims will get AWD as standard feature. All cars will feature an 8-speed automatic transmission.

Volvo announced last year that all of their products will offer an electrified powertrain option which opens the door the company’s top-line T8. Already available in a number of their vehicles including the XC60, it provides 400-horsepower and 472 lb.-ft. of torque. No official announcement has been made but we know it’s coming for the V60.

Overall length increased by 12 inches with 7 inches in the wheelbase. It will be available with Stellantis’ new Hurricane Twin Turbo engines. ...
Read more
Auto Shows & Events

After just the right amount of teasing, previews and the official unveiling of the Japanese model last week, Subaru finally showed the North American...
Read more