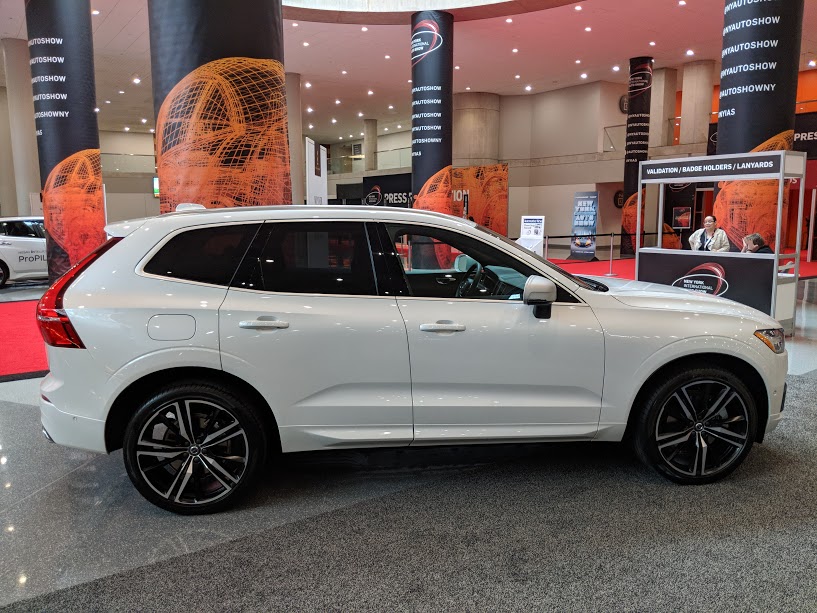 Volvo is on a roll. This morning in New York, its new XC60 won the World Car of the Year award, beating out two other SUVs in the form of the Range Rover Velar and the Mazda CX-5. It’s a well-deserved award for one of the best compact luxury SUVs out there. Yes, I said it.

The award was handed out by a panel of 82 automotive journalists coming from 24 different countries. With the North American Car of the Year award, the WCOTY title is probable the most prestigious piece of hardware a new model can get in a given year.

Granted it mostly serves to beef up marketing initiatives, but the fact remains that it is a strong testament to a given vehicle’s quality. The new 2018 Volvo XC60 starts at $ 46,350 and has been completely redesigned.

The Jaguar F-Pace won the award last year. The XC60 was joined on the podium this year by the BMW M5 (World Performance Car), the Nissan Leaf (World Green Car), the Audi A8 (World Luxury Car), the Volkswagen Polo (World Urban Car), and the Range Rover Velar (Word Car Design of the Year).

2022 was the worst sales year since 2009 for many automakers. Inflated vehicle prices mean many of them made more profits than before. ...
Read more
Previous articleNYIAS 2018: 2019 Toyota RAV4 is Very Camry-Like
Next articleNYIAS 2018 : New 2019 Lincoln Aviator