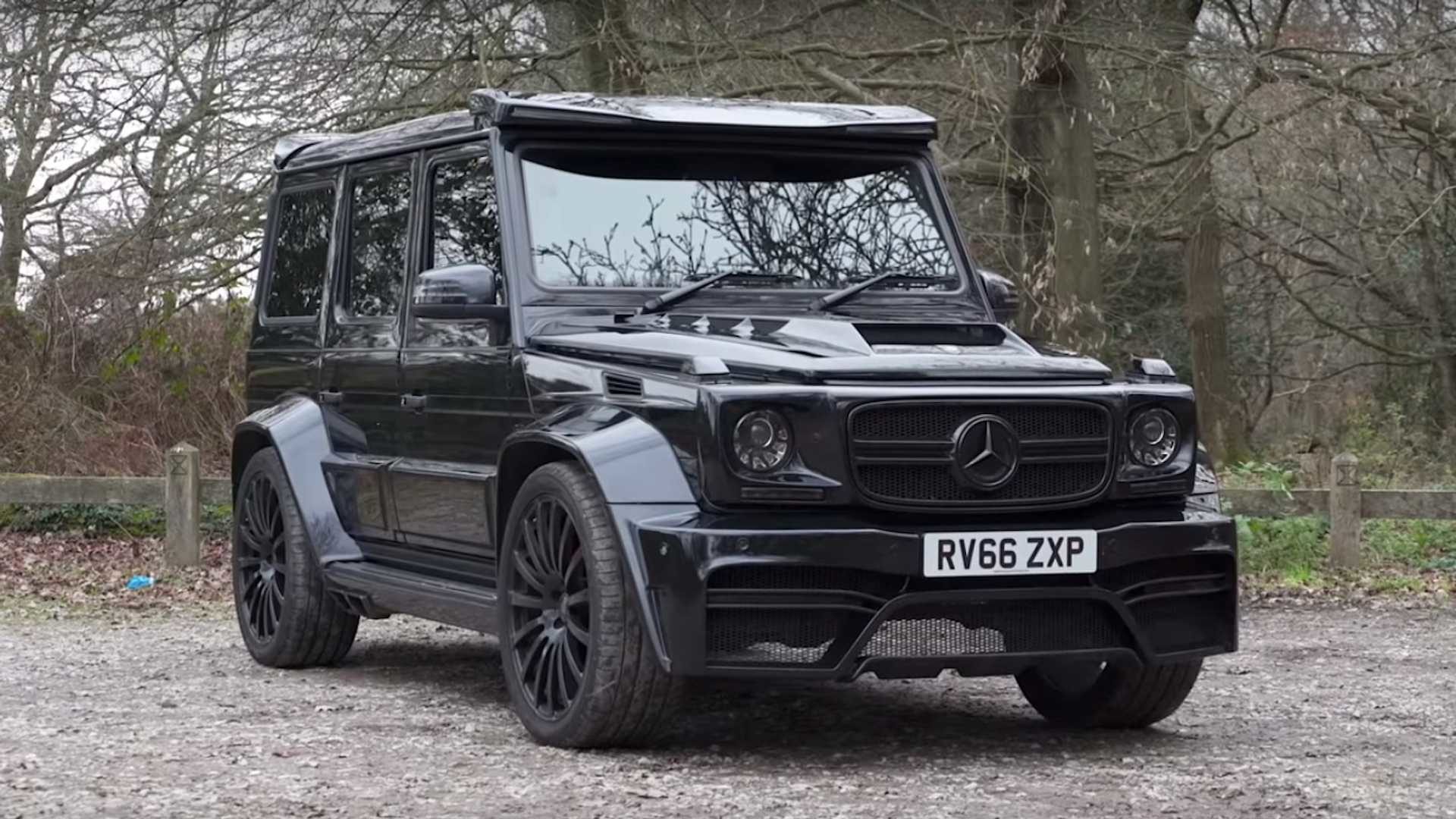 The Mercedes-Benz G-Class and its G63 AMG version is about as noticeable a vehicle as you can get. One tuning specialist begs to differ.

Onyx Concept would argue that their Mercedes-AMG G63 Onyx Edition is the king of standing out and they would have a point. A widebody kit makes the G63 look even more agressive, but the changes are limited to the exterior.

Now, it should be noted that this model is based on the 2017 G63, not the redesigned model. Not that it matters, but we thought we would point that out.

The British tuning firm made the Mercedes-AMG G63 even more powerful, taking the base 5.4-liter V8 already making 563 horsepower and pushing the hp rating up to 720. The G63 was already capable of getting to 100 km/h in less than 5.0 seconds, but after Onyx is done with it it probably gets there in under 4.0 seconds.

Back to the exterior design modifications, there is something understated in their craziness. That may sound weird, but the end result is that the G63 Onyx Edition keeps the unique and standout design of the original G-Class and simply makes it even more noticeable. If you like the original Mercedes-AMG G63, you’ll probably like the Onyx version of it even more.

There are carbon fiber bits here and there including the side vents, rear diffuser and rear wing along with new front and rear bumpers and wider wheel arches. Onyx replaced the original wheels with 22-inch monsters and the exhaust has been tweaked to sound as good as the tuned G63 can go fast.

So how much will a Mercedes-AMG G63 by Onyx cost you? Once you factored in the exchange rate you’ll pay about $300,000. That’s roughly twice the price of an original 2019 G63, but on the other hand you’ll probably never come across another G-Class like yours.

BP claims its EV charging station are close to making more money for the company than its gas pumps This division of the...
Read more
Previous article2020 Sierra HD, 2019 Toyota RAV4 Hybrid, 2020 Kia Telluride Q&A
Next articleYour Car’s Steering Wheel Is Dirtier Than A Toilet Seat