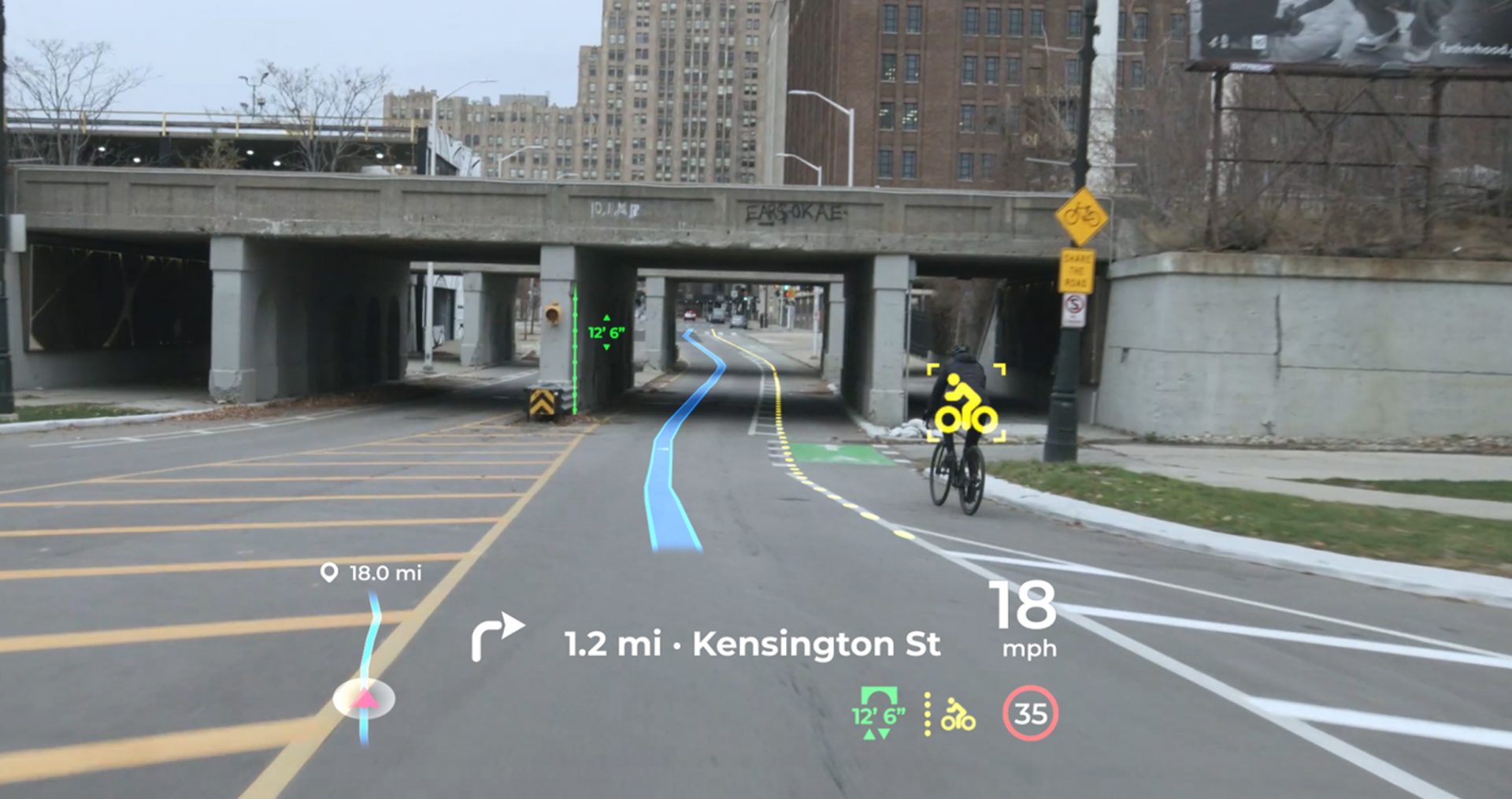 This week at CES, Panasonic Automotive showed off an Augmented Reality Head-Up Display that looks like the futuristic do-everything screen we expected in the car of the future by now. Panasonic says it will make drivers more engaged and more informed, even when it comes to a self-driving car future.

“The HUD market is one of the fastest growing categories in mobility, but traditional HUDs only cover a small section of the road,” said Scott Kirchner, president Panasonic Automotive.

Instead of a small (though growing) display at the bottom of the glass, the Panasonic AR HUD projects directly into the driver’s line of sight. It’s loaded with information vital to everyday driving that goes beyond the usual speed and direction warnings of current systems.

Panasonic shows the HUD displaying a short map of the road ahead, notifying you of upcoming curves. It has warnings for safety concerns like cyclists, but can also detect and display moving obstacles. A trash can rolling into the street, a child popping out from between cars, or even a driver pulling out in front of you.

Panasonic says it includes eye tracking to make sure the image matches up with where you are looking and has low light optics as well as vibration damping, and the display can update within 300 milliseconds for quick response. It looks like no other HUD we’ve ever seen, and though it’s not the first to offer AR navigation (Mercedes’ MBUX has this functionality), it’s the first we’ve seen to project the info into your line of sight like this. No word from the company on when this might see use in production .