Passionate specialists are a dying breed 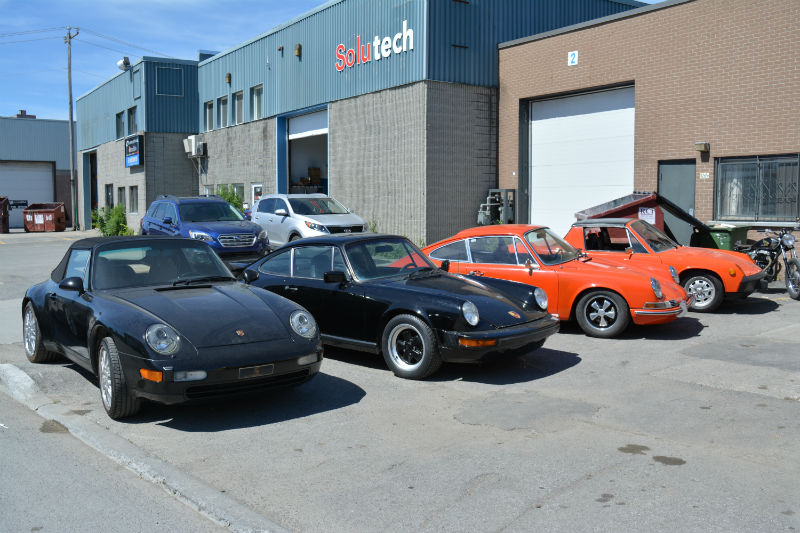 As we sit in front of our screens witnessing historical changes in world of the automobile, many enthusiasts are clinging to the old ways as if our lives depended on it. And I do mean “our” as, even if I’m all for the electrification of the automobile, the wife and I refuse to relinquish our small collection of what I affectionately refer to as our “dirt boxes”.

I do enjoy occasionally wrenching on the cars but time is never on our side. Our latest acquisition (other than our son) was a 1973 Volkswagen 412. I’ve always wanted an air-cooled VW and love station wagons. The cool part is that this was my gift from the wife, family and friends for my 40th birthday. I know, I don’t deserve any of it.

The 412 was in pretty good shape but it still needed some work. Between work, travel, baby and house renovations, there was no way I (or the wife) was going to find the necessary time to fix the brakes, adjust the clutch, do a tune-up and more to the car. Now, I’m betting you have little or no idea what a 412 is so imagine trying to find a shop that will work on one.

At the 2016 edition of the Montreal Auto Show, a Porsche 911 Safari sat proudly at a booth and the guys who built it, F&F Fabrication, and I struck up a brief conversation. Within minutes, I developed a man-crush on Fred, the man in charge, and fell in love with their work. The following year, after a tad more research, I contacted Fred and asked, no begged and pleaded with him to take my car in for some TLC. He finally agreed but he had a stern warning for me: it might take a while. 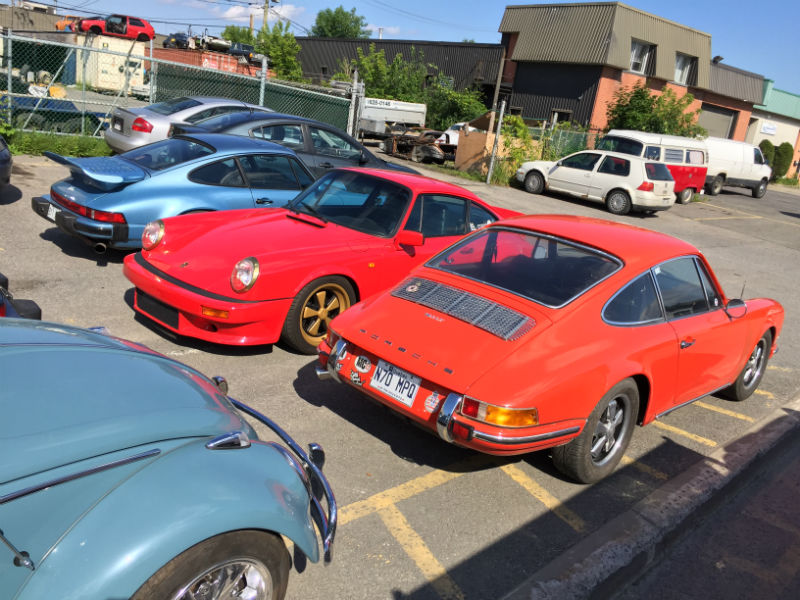 So, who is this Fred? Well, Mr. Faveaux is French, as in from France and arrived in Canada in the summer of 2007. He discovered air-cooled Vdubs thanks to his neighbour’s VW Beetle in the mid-nineties at the age of 15. His background is in commercial HVAC but automobile mechanics are his passion. Before coming over, he honed and learned his skills in shops friends ran in Reims (Gaston-racing and Automobilia). He met his trusted business partner Ted shortly after discovering the Beetle and with him, began the F&F Fabrication journey.

The shop opened in late 2011 on Valleyfield road in Laval and despite an immediate setback, the guys rose from adversity stronger and more determined than ever. In no time flat, they’d build not only some insane cars (1962 Porsche 356 featured on Speedhunters), but a reputation as being meticulous, talented and most of all, creative. This recognition brought with it some issues…

You see, there is such a thing as being too good. What that usually does is turn into a burden that more or less controls your life. If you take a moment to talk to the guys from F&F Fabrication, they’ll tell you that they have too much work, that they are in such demand that they have cars lined up for some F&F love for the next 5 years. You might now understand the why behind Fred’s warning.

In fact, business is so good that expansion is inevitable. Plans for a larger and even a second shop are on the table but there are no further details. Fred and Ted are, in a way, set for life. Most pros and experts in the Greater Montreal area, Quebec and much of Eastern Canada, in the air-cooled field from either Porsche or Volkswagen, are closing shop not because the work’s dried up. No, thing is that these guys are now in their late 60s, 70s and even 80s! My two favorite Frenchmen have yet to turn 40! 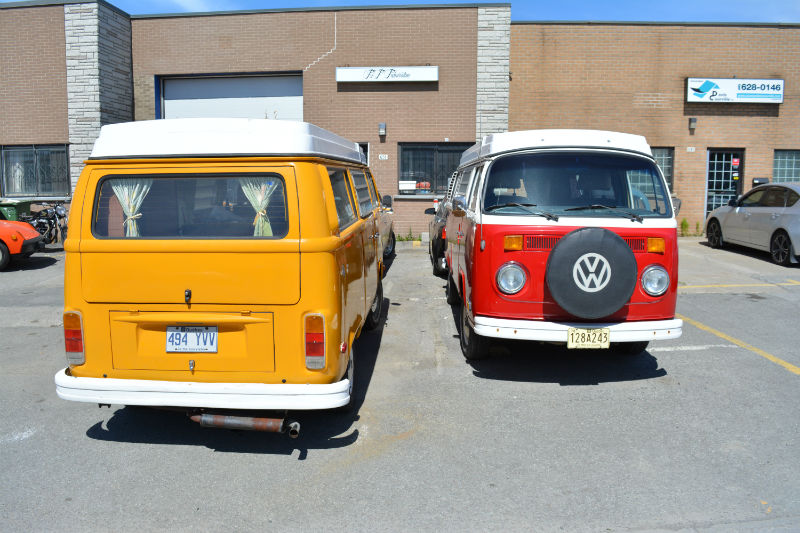 As you peruse the picture gallery, you’ll notice projects hanging on the ceiling, stacked on a shelf and lifts, lined up in the shop and out front. There are Type 1 Beetles, Porsche 356, a number of 911s from the 70s, many Type 2 buses (single and double cabs and a panel van), Porsche 914 and other Volkswagens such as a Ghia coupe, and that gold 412 of mine.

If you love cars, I strongly recommend stopping by the shop (without disturbing the guys!) and soaking in the sights. If you’re lucky, you’ll get to see the Safari, a number of insane 911s, Fred’s latest 914 and 356 not to mention buses, and many oddities. You see, Fred suffers from a condition known as “Need more cars”. He’s purchased and imported a few French cars including a diesel 6-speed Renault Laguna wagon and an Avantime minivan. And to prove his open-mindedness, he’s also got a ‘60s Ford Thunderbird…

I will be taking delivery of my 412 any day now and I must say I feel privileged that the guys from F&F Fabrication worked on it. If you’ve got a project air-cooled car you’d love to get moving, now’s the time to get in touch with them (check out their Facebook page for contact info). You’ll need to be patient but I promise you the result will blow your mind.

They are indeed a dying breed but they’re without a doubt the best at what they do.