Swedish brand Polestar is slowly making a name for itself in the North American market, and its lineup will soon expand with new models to battle its EV rivals in more segments. In addition, during the 2022 calendar year, its vehicles will go on sale in markets such as Spain, Portugal, Ireland, the Middle East and Hong Kong.

For now, Polestar shares platforms and mechanical components with Volvo and Chinese parent company Geely, but it’s currently developing its down architecture for upcoming products. All vehicles are manufactured in a new assembly plant in China—for now. Here’s what to expect from the Polestar brand in 2022. 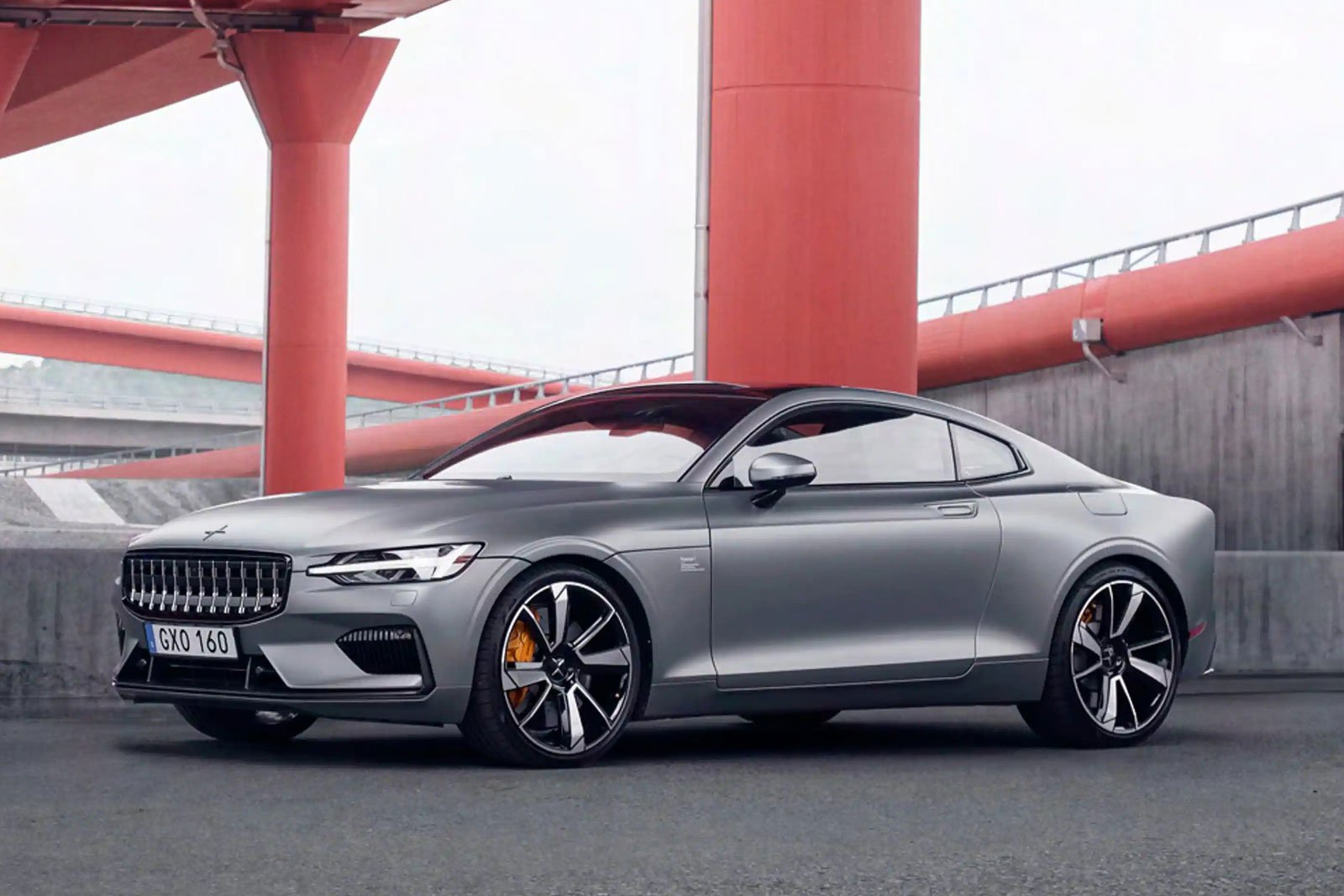 The Polestar 1 plug-in hybrid performance luxury coupe was the brand’s very first model. Its powertrain consists of a supercharged and turbocharged 2.0L inline-four spinning the front wheels, two electric motors spinning the rear ones, and an integrated starter generator, for a combined output of 619 horsepower and 737 pound-feet of torque. It can cover a distance of about 52 miles or 84 kilometres in fully electric mode, and starts at USD$155,000 in the U.S., and at CAD$197,000 in Canada. There will be no 2022 model-year Polestar 1 as a production of only 1,500 units was initially planned, but as these lines are being written, the 2021MY car can still be ordered on the company’s website. 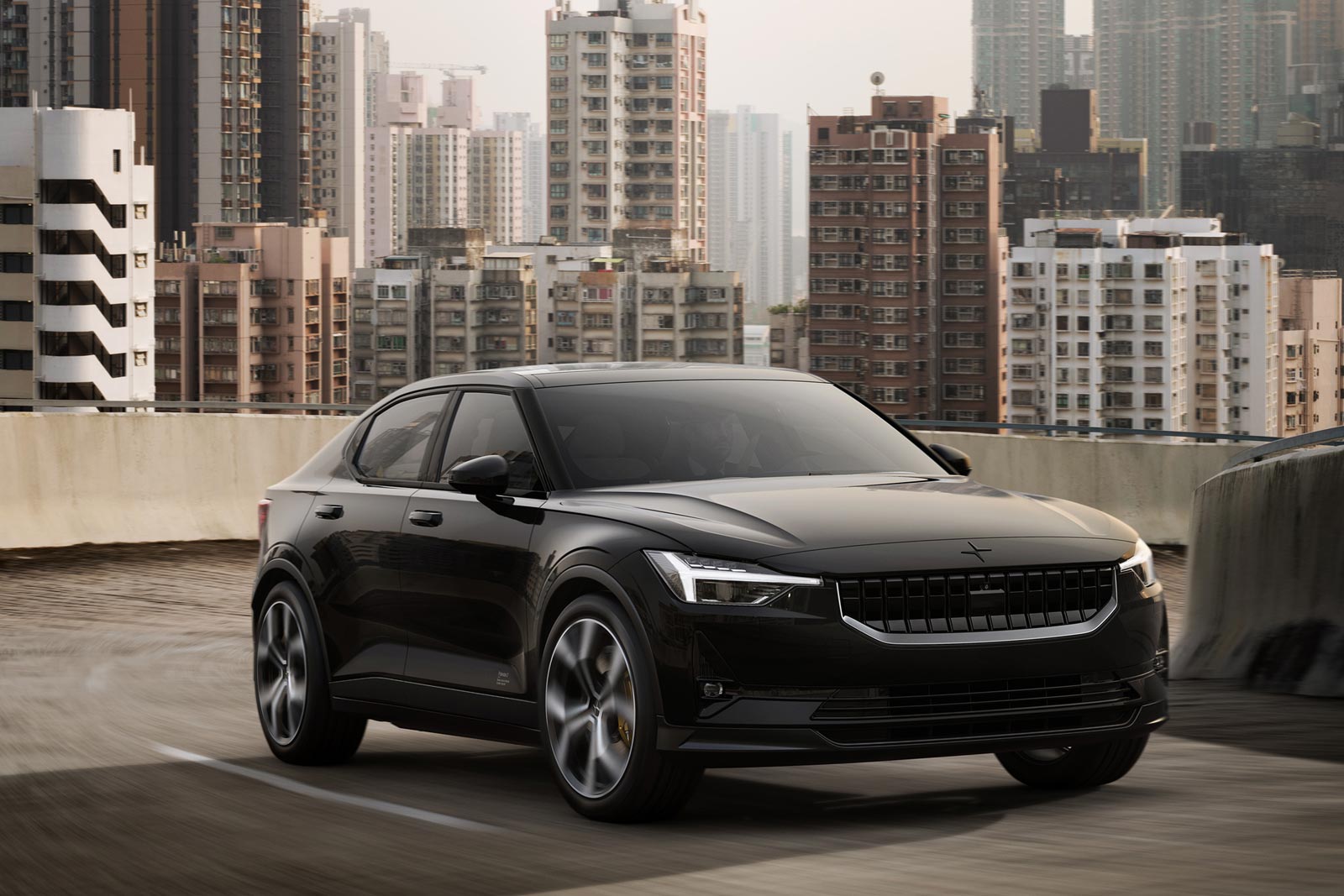 The Polestar 2 is a compact-sized five-door fastback that, unlike the Polestar 1, is fully electric, as all future models of the brand will be moving forward. A new front-wheel drive Polestar 2 is introduced with a single motor up front producing 231 horsepower and 243 pound-feet of torque, good for a driving range of 270 miles on a full charge by the EPA and 435 kilometres by NRCan. In the AWD variant of the P2, two electric motors work together to provide 408 horsepower and 487 pound-feet of torque. For 2022, its driving range is now rated at 249 miles (up from 233 on the 2021 model) and 401 kilometres (up from 375). The Polestar received a massive price cut for 2022, in addition to the FWD variant’s obviously lower MSRP than the AWD version. An over-the-air update in the spring of 2022 will be available as an option, boosting output to 476 hp and 502 pound-feet.

The brand’s first crossover will be the midsize Polestar 3, and should arrive for the 2023 model year.  No technical specifications have been announced yet, but the Polestar 2’s powertrain seems like a good candidate for duty in the Polestar 3, while single- and dual-motor configurations should be offered. It will be built in Volvo/Geely’s South Carolina, USA assembly plant.

A year later, the Polestar 4 is expected to appear. Smaller than the Polestar 3, this crossover will be more focused on sportiness and performance, possibly flaunting a coupe-like roofline.

The Polestar 5 will be inspired by the Polestar Precept Concept four-door grand touring sedan that made its first public appearance at the 2020 Beijing Auto Show. No word yet on technical details, but the Polestar 5 should be a flagship sedan that would battle EVs such as the Porsche Taycan, the Mercedes-Benz EQS and the Tesla Model S.

Patent drawings of the new CR-V were discovered back in February. The new 2023 CR-V will be built in Canada. This has happened many...
Read more

The company sold Opel and Vauxhall in 2017 GM has not entirely left Europe since it sells some Corvette and Cadillac models there ...
Read more

It’s coming soon and the enthusiast crowd can’t wait to find out more. More than likely, this will be the final Type R...
Read more

The Equinox EV will feature a side-by-side arrangement for the instrument cluster and the infotainment screens The center console will be of a...
Read more

Rivian is reportedly in the grip of a dispute with one of its suppliers, Commercial Vehicle Group, alleging that the latter has not respected...
Read more
Previous article2023 Mazda CX-50 Fuel Economy Revealed in Canada
Next articleVolkswagen ID. Life Concept Will Not be Produced

The Hyundai Ioniq 5 and Kia EV6 get their First Recall

Both vehicles are at risk of rolling away unattended A voltage drop in the shifter control unit is to blame 19,743 units are...
Read more
News

The Genesis GV60 is the first electric model from the brand It shares its mechanicals and its 800-volt architecture with the Hyundai Ioniq...
Read more
News

Many drivers went back to work in 2021 after close to a year off the roads Last year saw fatalities surge by 10.5%...
Read more
News

Rivian is reportedly in the grip of a dispute with one of its suppliers, Commercial Vehicle Group, alleging that the latter has not respected...
Read more
News

The SX package is available on the SR5 trim level for both trucks This package includes body-colored and blacked out exterior and interior...
Read more
News

New cars are loaded with passive and active safety systems, but the driver is still in charge. Roughly 160,000 car accidents occur every...
Read more