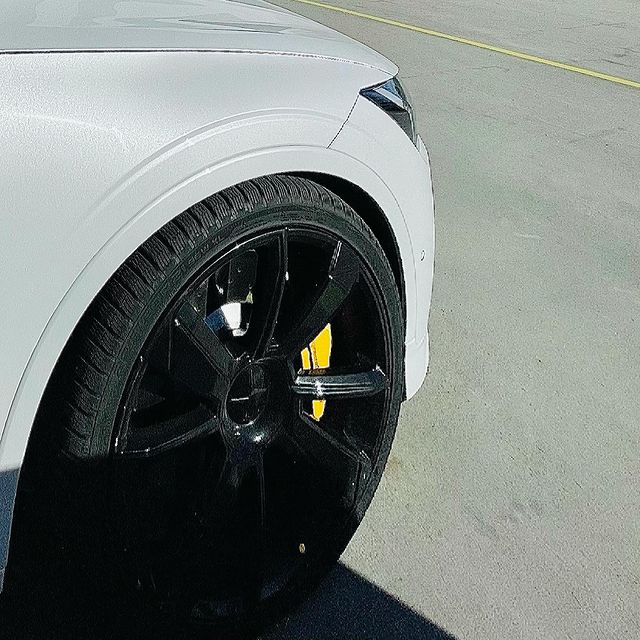 Is Polestar teasing a performance variant of the Polestar 2 on Instagram? It sure looks like it as the company’s CEO is teasing us with some very cryptic posts along with photos of some of a PS2’s details.

The photo was posted to CEO Thomas Ingenlath’s insta late last week. It shows what looks to be the front wheel of a Polestar 2 with some changes. Like clearly being lowered significantly compared with the high-riding standard 2 and not wearing the grey plastic wheel arch cladding the standard ca comes with. The wheels themselves are 21-inches, much larger than the standard 19s and still bigger than the optional 20-inch wheels that are offered on the Polestar 2.

Then there is the text, with hashtags including #tuning, #oehlins, and #brembo. The first one is self explanatory, while Oehlins (Öhlins) is the high-end Swedish suspension company that has worked with Volvo and Polestar for quite some time. The involvement between the companies extends already to a Performance Pack on the Polestar 2 and a more sporting remote reservoir system has been used on other Volvos and could easily see production here. Likewise, Brembo brakes are an existing part of the Performance Pack for the 2, and the rotors inside the 21-inch wheels look much larger than those of lesser Polestar 2 models.

The caption for the pic is PS2BST 1(7). We really have no idea what that could mean, other than that PS2 seems to indicate Polestar 2. The 1(7) could be July 1st, which might mean that’s when the car will be officially revealed. Ingenlath also posted a picture of what looks to be the same car last month, that time tagged Akebono instead of Brembo. So some brake wars could be in play. Polestar, you have our attention.

This company will be the first to do so in the US The trucks will be monitored by Remote Pod Operators A partnership...
Read more
Previous articleIs the Hyundai Veloster Being Quietly Dropped from Lineup?
Next articleTesla Reports Record Deliveries in Q1