News If The Pontiac G8 Was Ever To Return, This Is What It...

If The Pontiac G8 Was Ever To Return, This Is What It Could Look Like 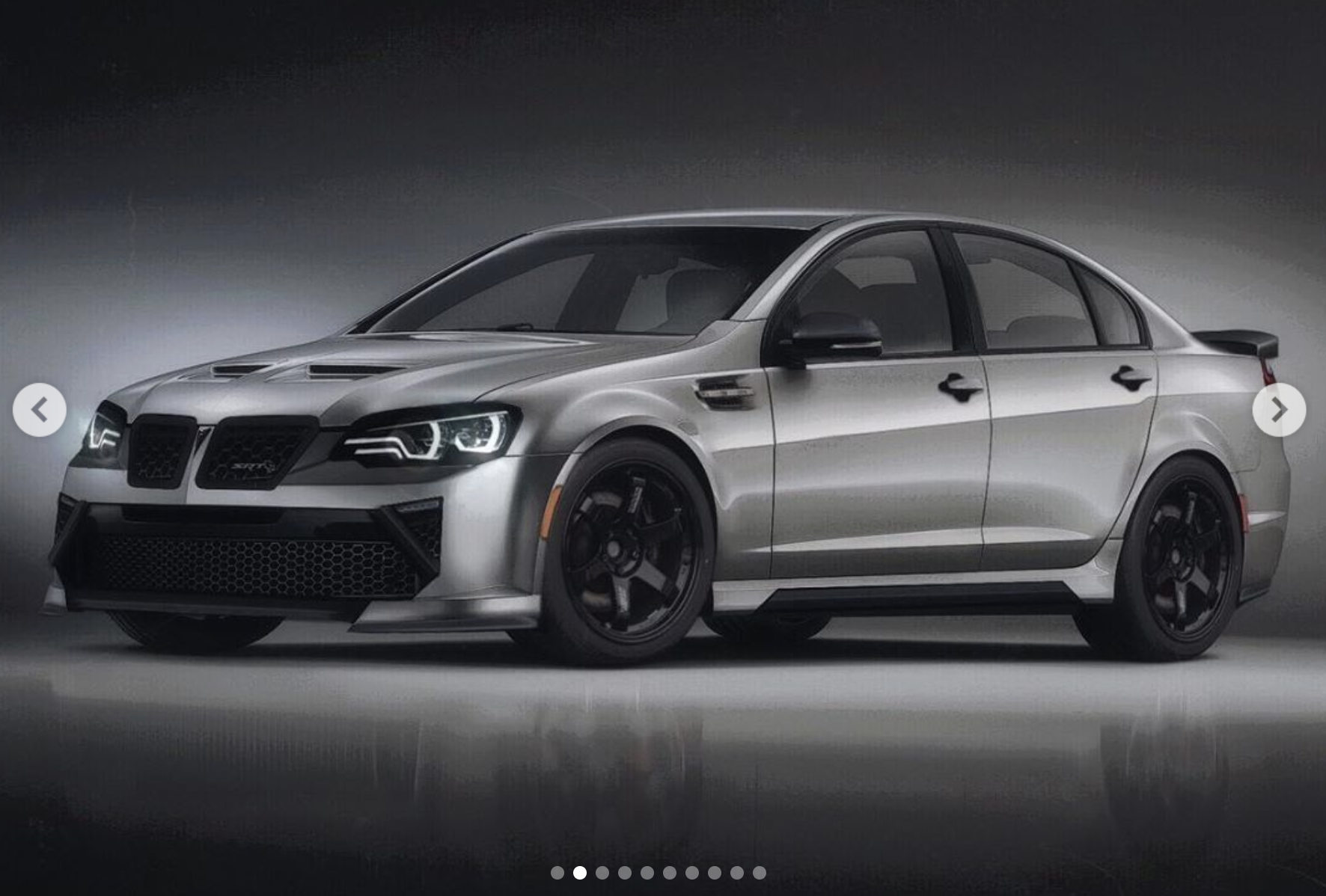 Every now and then comes along a car in your news feed that you had completely forgotten about, like the Pontiac G8.

Based off of the Holden Commodore, the Pontiac G8 is a classic example of a car we look back fondly on now, but really didn’t do too well back when it was on sale.

Of course, we know what happened after. The Pontiac brand was dismantled in the wake of the 2009 financial crisis, and Holden would die 8 years later. Sedans have lost out to SUVs and the segment in which the Pontiac G8 operated in is all but extinct.

So there’s very little chance the G8 ever comes back. Still, Tuningcar_ps decided to take another look at the Pontiac G8 on Instagram. There’s a lot going on here including an SRT badge on the front-end and numerous Dodge Charger bits and pieces. The overall design is more update than a redesign, but why the heck not.

So folks, if a G8 ever does happen, here’s what it could look like.

The entry-level rear wheel drive version will have up to 502 kilometers of range Deliveries of this model will begin in the fall,...
Read more

The application was originally filed on January 3rd, 2020, and was published on May 3rd 2022. The filing does not necessarily mean that...
Read more

This special edition commemorates the relationship between AMG and the Mercedes F1 team The hybrid drivetrain that powers it is a result of...
Read more

Racing is very important to the Porsche division. The manufacturer may have become a producer of SUVs and even purely electric cars, but that...
Read more
Previous articleNissan Altima Recalled Because Hood Can Fly Open, 1.9 Million Cars Affected
Next articleNissan Sentra Stopped With 16 Pounds of Heroin in Gas Tank