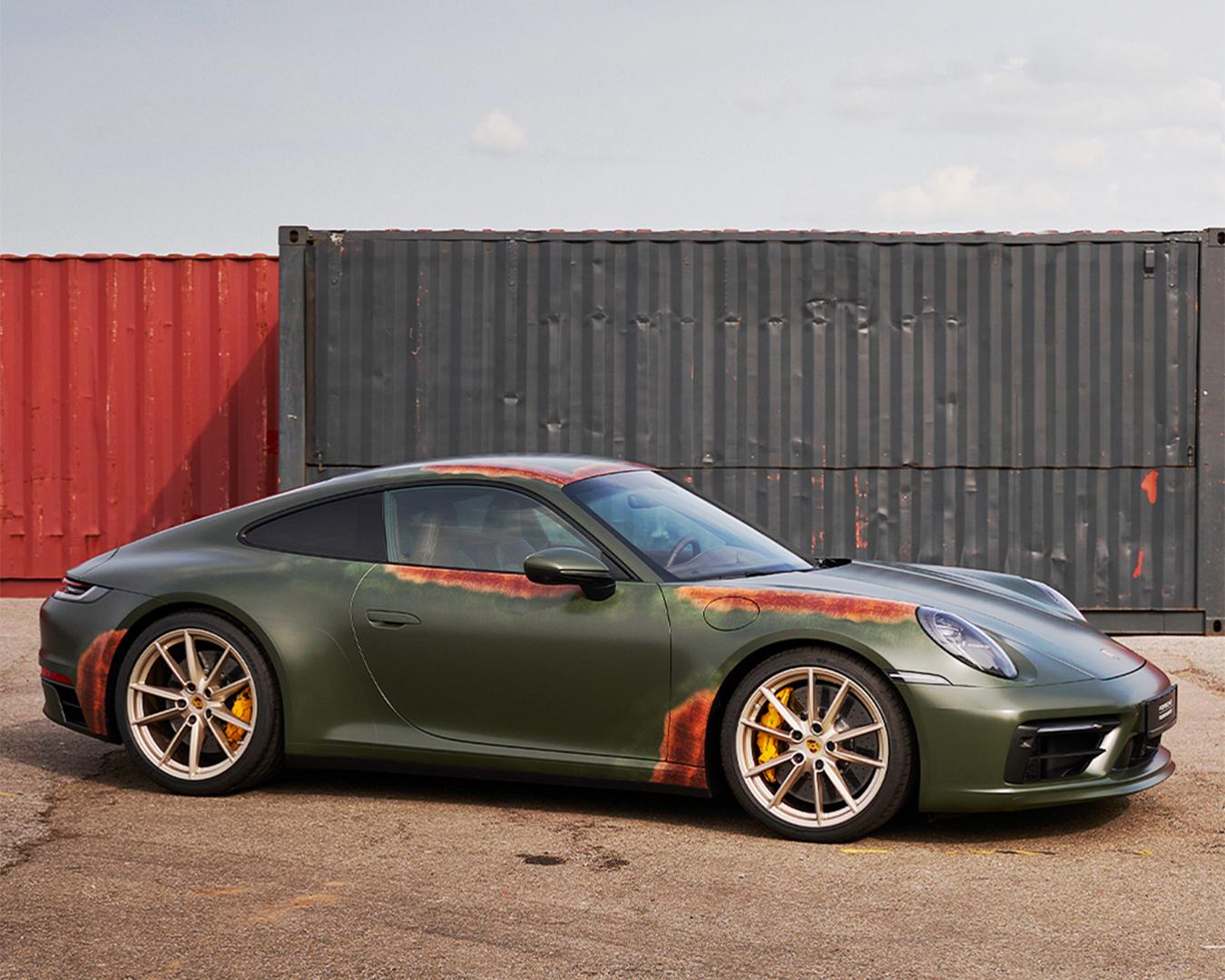 The April Fools prank gone wrong from Volkswagen of America didn’t stop other parts of the VW empire from revealing gags of their own. Which is good, because this one from Porsche is worth a watch and a laugh.

It’s an extension of Porsche Exclusive Manufaktur and Porsche Classic. The former is the part of the company that will paint your new Porsche in one of more than 100 available special al colours, the latter the branch that restores classic cars to like-new as well as providing vintage parts.

A new paint technology using oxidation processes that give a brand new Porsche the look of one that’s been on the road for decades. Patina paint to sample.

What is patina? Porsche describes it as so: “Think of it, perhaps, in terms of your favourite pair of sneakers or jeans. When brand new, putting them on for the first time probably gave you a particular feeling. That shop fresh, pristine look that draws admiring comments from your friends. And then, over time, they become ‘lived in’ and start developing a very different character altogether. You still like them, but in a different way.”

It’s the fade in the clearcoat, the oxidation of paint, and the surface rust that makes the car look like it’s lived a lifetime of experiences. And now they’ll put it on your car, with every single one unique. Porsche says it uses “special metal compounds which react to the air” to create the effect.

Don’t worry, it’s not real. Yet, at least. But it’s something that’s been happening in the classic car (and retro VW) world for years, so never say never? Just say April Fools. Oh, and check out the video for some really cool vintage models that have seen better days.

BMW has five entries out of 33 while Hyundai, Kia, and Genesis have eight entries. The winner of each category will be announced...
Read more
Previous article2021 Porsche Cayenne Coupe Review : Is there something more here than looks?
Next articleCarMax Completes Acquisition Of Edmunds