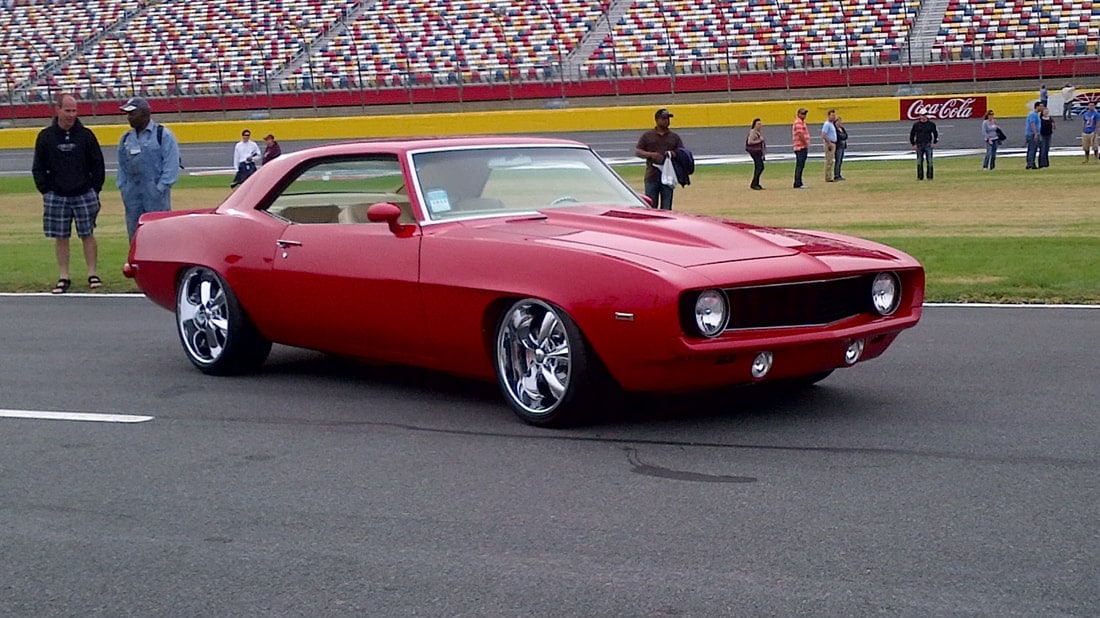 It sounds like some kind of professional racing series, but pro-touring actually refers to a type of classic car that features retro looks with enhanced, modern mechanical components.

Here’s the thing about classic cars, they look great, but they usually handle pretty poorly based on today’s standards. Driving a 1967 Camaro, 1989 Porsche 930 or 1958 Corvette with a stock suspension, transmission, engine and steering setup can certainly be appealing for a while, but you will quickly reach the car’s limits, and your own probably.

That’s where the appeal of pro-touring comes in. As mentioned previously, the idea is to take everything we love about the original car, keep the design both inside and out, but upgrade the mechanics in order to make the car usable on a daily basis as well as a better performer on both a track and a winding road.

“The possibilities with pro-touring are endless and it’s really a passion-driven business.We start with a rendering for every client vehicle we do. This ensures that we deliver to the client the exact vision of their perfect pro touring vehicle”, says David Cleveland, owner of Cleveland Design.

While some build their pro-touring cars for show, most want to drive their vehicles everywhere they go. The suspension is usually the first to go as upgrading the support system immediately leads to better handling, better comfort, and better performance.

Next is the engine. Pro-touring cars tend to be a lot more powerful than the original model was ever intended to be. Because of the upgraded suspension, and because brakes, chassis and structure all get upgrades as well in most cases, the car is capable of handling the added power. All that’s left after is to make it really loud.

There are very little if any limits to what a pro-touring car can become. The only barriers are our imagination, and our wallet.

The midsize SUVs gain more power. The PHEV X5 not only gets more power but its EV range increases too. Visual changes include...
Read more
Previous articleThe new BMW Z4 is once more a real roadster
Next articleThe Lamborghini Aventador SVJ: 770-horsepower V12 and technical supremacy