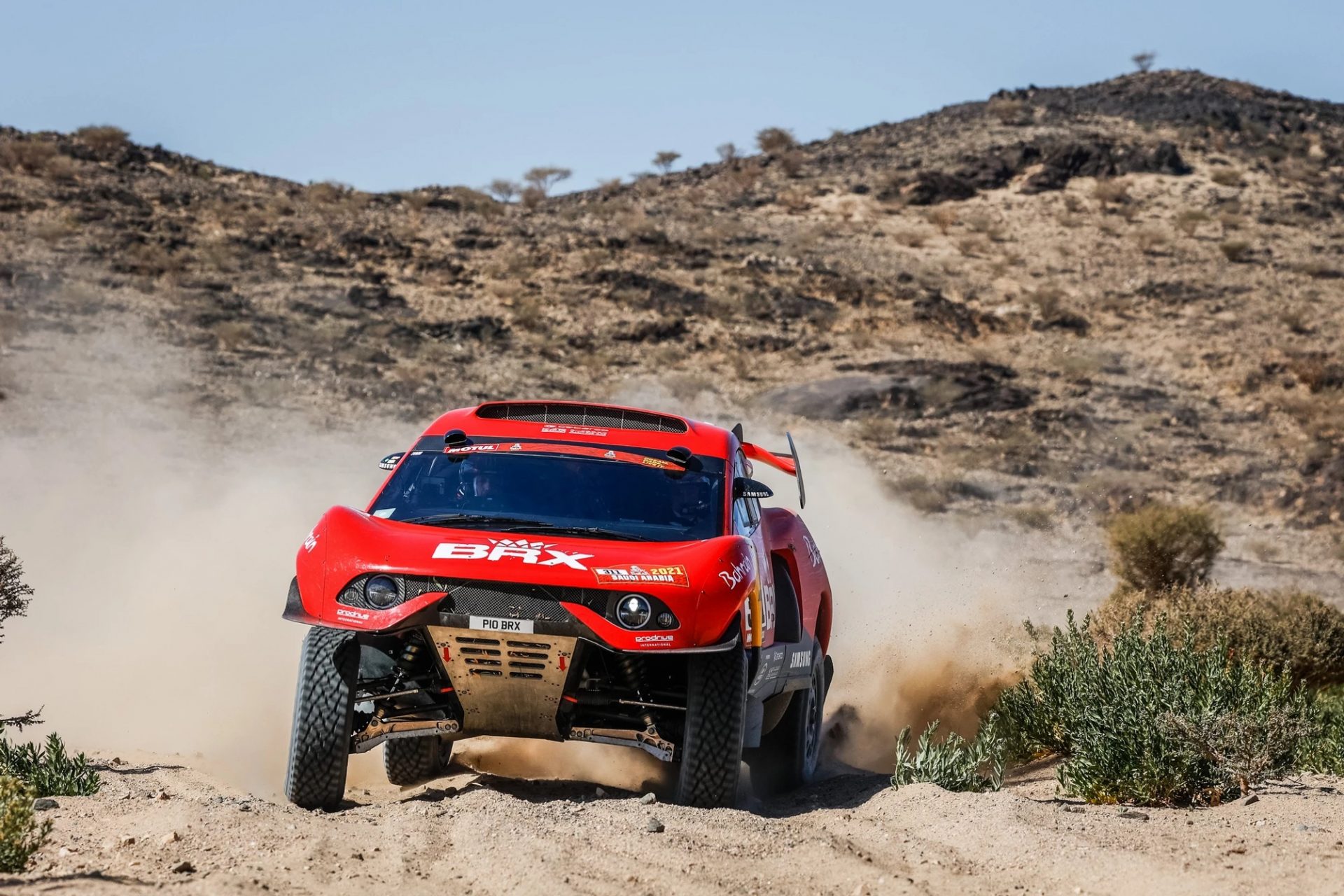 Dakar racer for your own rally

Race and road car builders Prodrive have said that they will be building what they think is the first-ever Desert Hypercar. The car, derived from the company’s Dakar racer, is projected to have a driving prototype ready by end of year, going on sale for more than £1 million (CAD 1.7m).

The basis for the new car is the BRX Hunter. Prodrive’s off-roader built specifically for the Dakar Rally, which ran this past January in Saudi Arabia. It’s a 14-day off-pavement marathon of a desert race, where one of the two Hunters entered finished fifth overall.

Prodrive founder and CEO David Richards told Autocar that the company will be building a version for private sale, and they’re calling it a road car, though turning the race-ready Hunter into something remotely streetable will be a challenge.

While most race-based road cars get less power, Richards says that the road Hunter will get even more power than the competition car. The 3.5L twin-turbo Ford-derived engine will get around 500 hp, 100 up on the rules-limited racer.

The bodywork for the Ferrari of the Desert (as Richards calls it) will be penned by ex Jaguar design boss Ian Callum, wider than the Dakar car to fit bigger wheels and tires.

“Clearly, it has to be more comfortable than the Dakar cars,” Richards said. “We’re working on the exact spec. Ian Callum and his team are working on these things right now.”

$5.5 Billion of this investment will go toward a new factory in Georgia that will only build electric vehicles. The other $3 Billion...
Read more
Previous articleCarMax Completes Acquisition Of Edmunds
Next articleFiat Sold 32 Cars in Canada This Quarter, 26 Were Mazdas