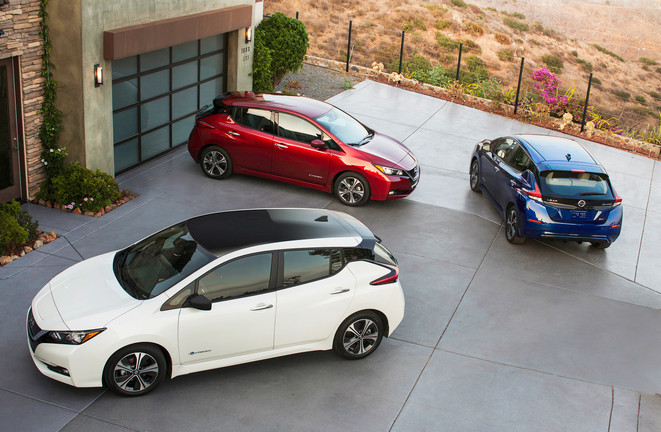 The Nissan LEAF EV made quite a splash when it arrived in showrooms in 2011. Before it, the “greenest” car regular consumers could get their hands on was the Toyota Prius, a vulgar hybrid.

At the time, its 24-kWh battery allowed for a roughly 120-km range which was sufficient for some. Winter or hot weather driving decimated that number. Over the next few years, Nissan upped the battery’s potency and improved on many other points. By the end of its life cycle, the 2016 LEAF and its 30-kWh battery offered a 170-km range. You’ll probably understand why some were disappointed to learn that the all-new 2018 LEAF generated average range of 241 km kilometers on a single charge. Nissan’s got the near future covered already so fret not.

Production of the 2018 Nissan LEAF officially begins today at the Smyrna Vehicle Assembly Plant in Smyrna, Tennessee. We can thus expect arrival of the new LEAF in dealerships starting next month, early in the new year. 5,513 LEAFs have been sold in Canada since 2011 and we know many more will leave showroom floors starting soon. The reasons are simple: the new LEAF looks far more conventional inside and out. Its starting price is set at $35,998 and includes the longest range at this price point. That’s what we refer to as: winning!

We’re headed to California very shortly to review this car so check back with us soon for a full review and picture gallery.

The Suzuki Jimny EV won't come to North America. The little SUV is still part of the kei car category in Japan. The...
Read more
Previous articleThe first super sport utility vehicle ever: the Lamborghini Urus
Next articleThe Porsche 911 plug-in hybrid is only a matter of time