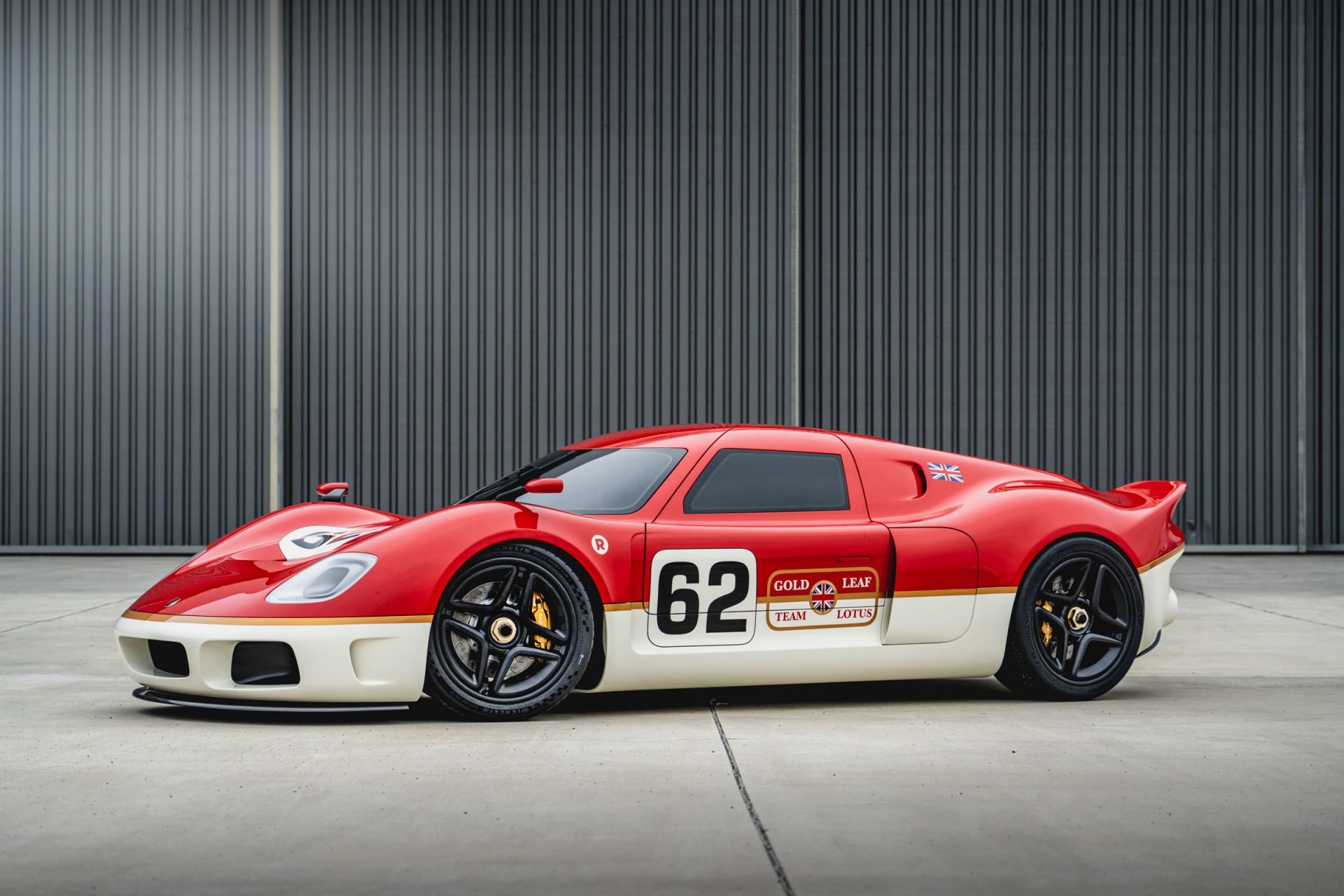 The rebooted coachworks of Radford has just revealed the company’s first planned model. It’s inspired by the Lotus Type 62 racer of the 1960s, blending that car’s classic looks with a modern chassis and engine. It will also be available in a classic Lotus period livery.

The original Radford started building Bentley bodies and became famous for its Minis during the 1960s. It returned this year with designer Mark Stubbs, TV host Ant Anstead, and Formula 1 World Champion Jenson Button at the reigns, once again getting to work putting bespoke bodywork on an existing frame.

Called the Lotus Type 62-2, there is a partnership with Lotus Cars that puts that brand’s latest chassis technology in play under this new bodywork. An aluminum monocoque structure that is bonded and riveted for durability and crash safety. A carbon fibre structure holds the firewall, windscreen and roof, and the exterior bodywork is also carbon composite. The car should slot in at under 1,000 kg dry in race spec.

Powering the car is a rear-mid-mount 3.5L supercharged V6 making 430 hp. Pick the Gold Leaf livery and you get uprated pistons, cams, and mapping, to give a total of 500 hp exiting through a titanium exhaust. Dual-clutch and manual gearboxes will be offered.

“Type 62-2 is a driver’s car at its heart – when you see the design, it looks just like a 70s Le Mans car. And when you sit behind the steering wheel and look through the curved windscreen, you can see the front wheel arches – something you just don’t experience on road cars today. With such a low centre of gravity, the car’s body doesn’t roll. The chassis exhibits all the hallmarks of a beautifully set up race car for the road,” said Button.

The look is super-cool, especially in the Gold Leaf livery, a wonderful balance of old and new. Radford says 62 will be made, and the company is currently accepting applications for the cars.

Lucid recently hinted at a third model to follow the Air and the Gravity. This will likely be a smaller sedan priced around...
Read more
Previous articleRendering Shows Stunning Taycan-Inspired Porsche GT1 Car
Next articleA New Lamborghini Countach is Coming and it Might be an EV