The Ram truck brand is one of Stellantis’ bright stars. Despite a lineup of only four models, it includes the automaker’s best-selling vehicle in North America.

Stellantis doesn’t have any full EVs yet, at least on our market, but many are promised in the coming years. One of them is a full-size pickup that will obviously wear a Ram badge, and another one is a cargo van. Where’s what to expect from the Ram brand in 2022.

The Ram 1500 keeps on receiving adding special-edition variants and new features every year, such as the Mopar ’21 Ram 1500 Special Edition that was revealed in the spring of 2021. In the summer of 2021, the Ram 1500 Limited 10th Anniversary Edition appeared, a BackCountry Edition package launched for the 1500 Big Horn and Lone Star trim levels, while the 1500 Laramie G/T and Rebel G/T debuted as well. In the fall of 2021, the Ram 1500 TRX Ignition Edition, 1500 Longhorn SouthFolk and 1500 (RAM)RED Edition were unveiled. In February 2022, the second “Built to Serve” series was introduced, the first instalment being the 1500 Built to Serve Firefighter edition.

Meanwhile, a battery electric Ram full-size pickup has been announced, but it likely won’t be revealed until 2024, and go on sale in 2025.

Back in 2018, FCA announced that it would bring a midsize pickup truck back to the North American market, which would normally be bigger than the compact Ram 700 that’s available in Mexico and South American countries. However, since the creation of  Stellantis, plans have changed and as of late, no news on whether this potential smaller pickup truck will be introduced in the U.S. and Canada or not. 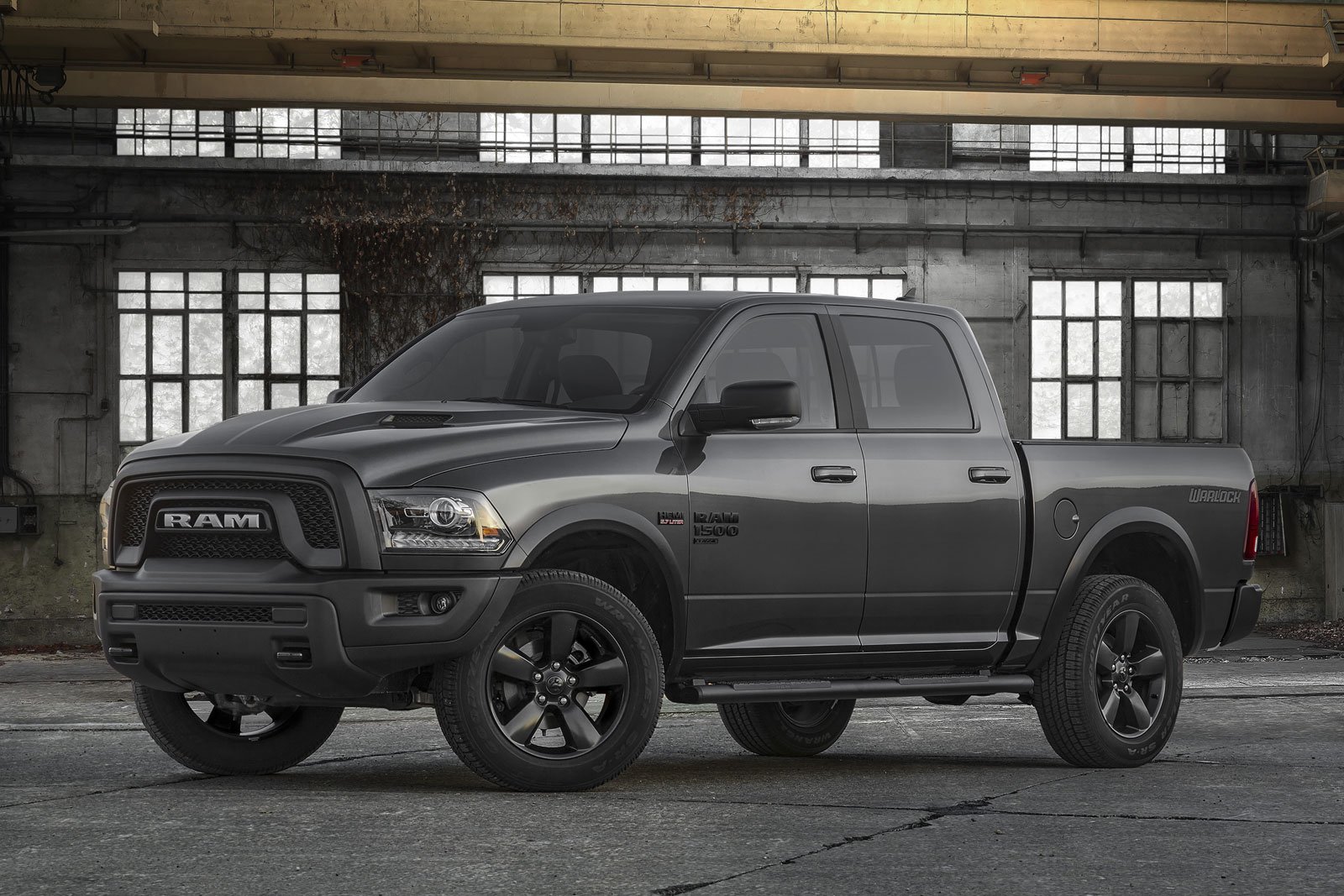 In the meantime, the Ram 1500 Classic solders on into 2022 with no significant changes as an affordable rival to the competition’s midsize pickup trucks. The Classic is basically a simplified lineup of the previous-generation Ram 1500, available in Tradesman, Express, SLT (Canada only), Night Edition (Canada only) and Warlock trim levels, with either a 305-horsepower 3.6L V6 or a 395-hp 5.7L V8. 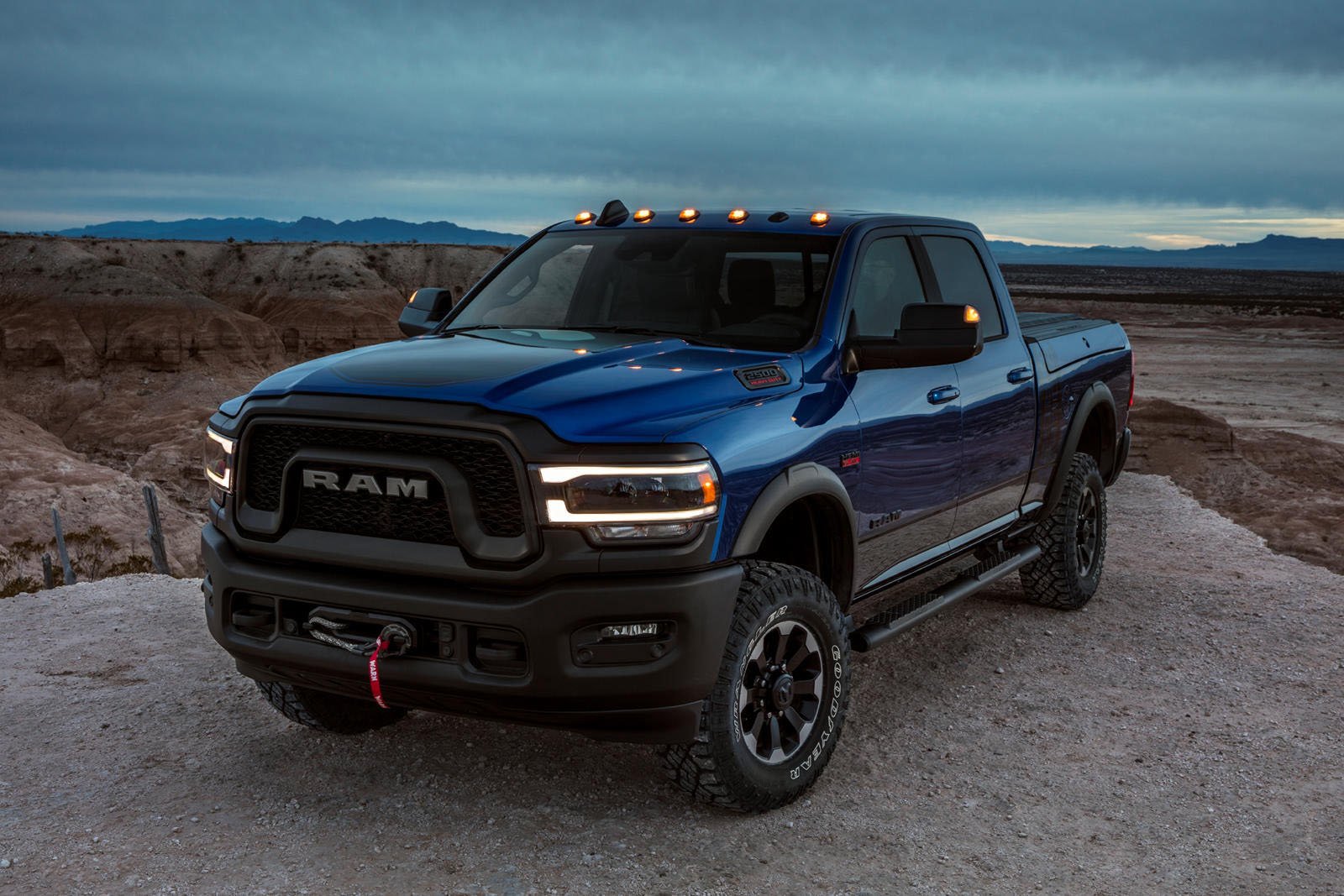 The 2022 Ram HD, composed or the 2500 and 3500 series trucks, receives the new Uconnect 5 Infotainment system in the costlier trim levels, while the Big Horn/Lone Star Silver Edition gets chrome exterior trim and black interior accenting. A new Level 3 Equipment Package is now available on the Ram Power Wagon, featuring a black mesh grille and premium headlight clusters, a 750-watt Harman Kardon sound system, uplevel leather upholstery and more. Harvest Sunrise paint is new for 2022 as well. Aside from the standard 6.4L HEMI V8 engine developing 410 horsepower and 429 pound-feet of torque, the Cummins turbo-diesel 6.7L inline-six produces up to 400 hp and 1,075 lb.-ft. The Ram HD is available in Regular Cab, Crew Cab with two bed lengths and Mega Cab configurations, six trim levels as well as 4×2 and 4×4 drivetrains.

Meanwhile, the Ram ProMaster City is available in two-seat Cargo and five-passenger Wagon variants, both equipped with a 2.4L inline-four engine that develops 178 horsepower and 174 pound-feet of torque, paired with a nine-speed automatic transmission and a front-wheel drivetrain. The ProMaster City gets a body-colour front fascia for 2022, reversing sensors, a driver’s seat with manual height and lumbar adjustments as well as cruise control.

It may look the same, but the full-size Ram ProMaster received a refresh for 2022, and a new Crew Van with a three-passenger second-row bench has been added to the lineup. It now offers a bunch of advanced safety features such as full-speed collision warning, drowsiness detection and traffic sign recognition, along with push-button start and an electric parking brake. Adaptive cruise control with stop and go, lane keep assist, a surround-view camera system, front park sensors and auto high beams are optional as well. The Uconnect 5 infotainment with a seven-inch touchscreen is standard (10-inch display optional), with Wi-Fi capability as well as wireless Apple CarPlay and Android Auto. The 2022 ProMaster is equipped with a new-generation 3.6L V6 that develops 276 horsepower and 250 pound-feet of torque, matched to a new nine-speed automatic and front-wheel drive. The 2023 ProMaster has already been announced with a restyled front end, three roof heights, a Ram Telematics system, an available roll-up rear door as well as new colours and wheel designs.

A fully electric Ram ProMaster will hit the North American market in 2023, which should be heavily based on the Fiat e-Ducato that’s already on sale in Europe.

The automaker will provide hybrid powertrains for the Oracle Red Bull Racing and Scuderia Alfa Tauri teams from 2026. Red Bull Powertrains will...
Read more
Previous articleMercedes-Benz Predicts Production Lines to Assemble Only EVs Before Long
Next articleUpdate: Is The 2023 Acura Integra Getting All-Wheel Drive?