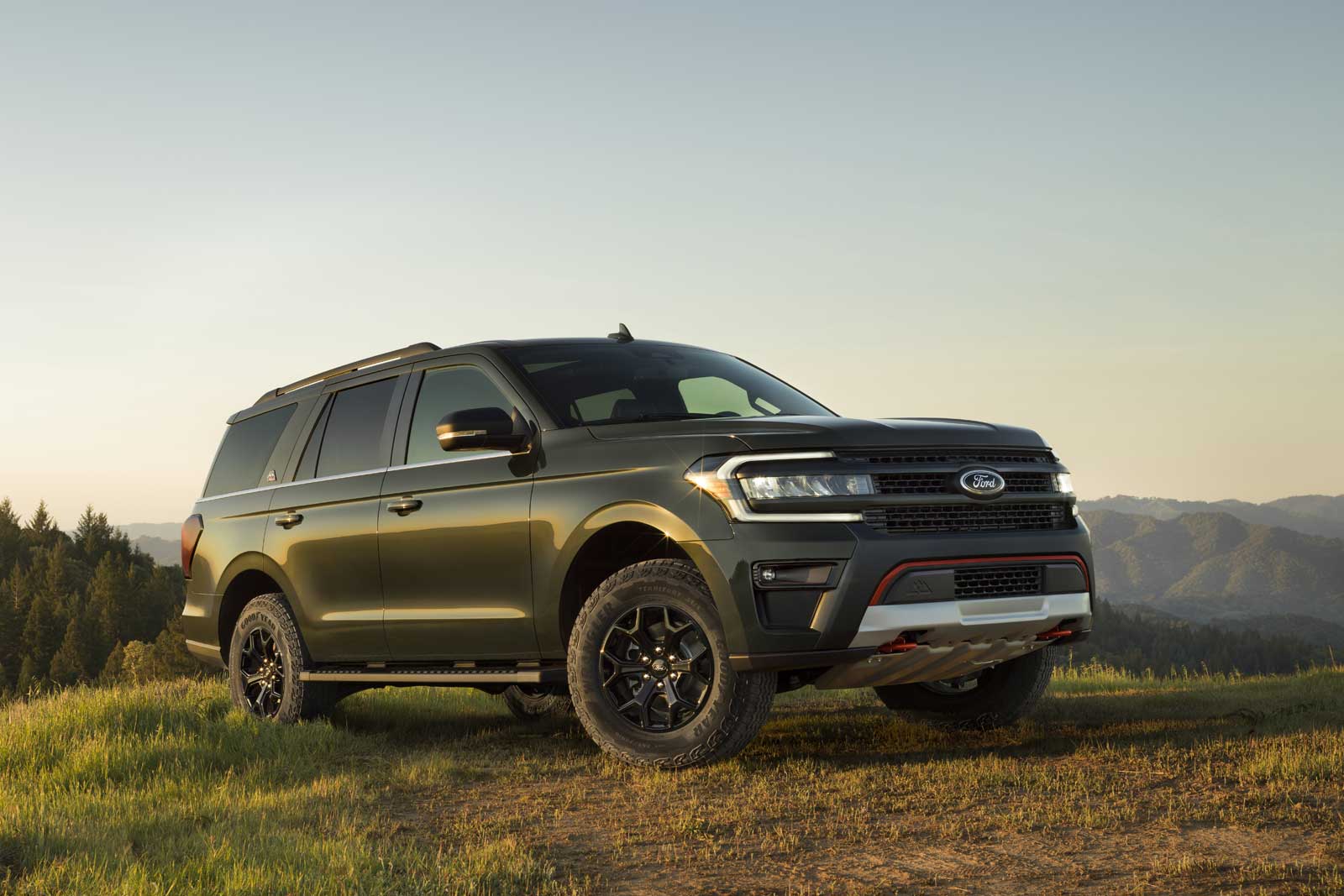 And a sporty new Stealth Performance Package, too. 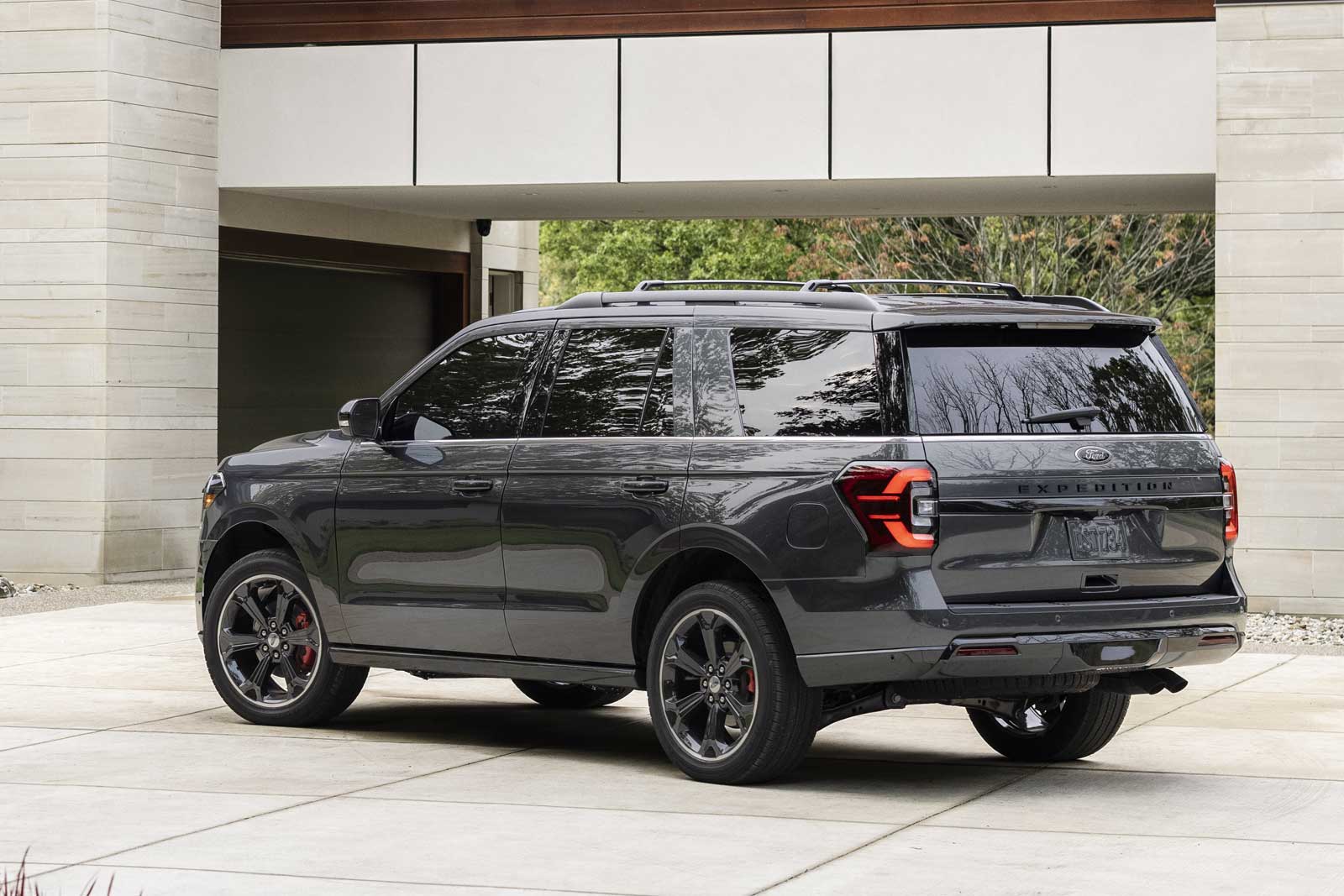 The latter is touted as the most capable variant of the nameplate ever, with class-leading standard ground clearance, a wider track, improved approach and departure angles, Goodyear Wrangler all-terrain tires, a two-speed transfer case and skid plates. First seen on the Ford Bronco, Trail Turn Assist is also included in the Timberline, which tightens the vehicle’s turning radius when needed.

The 2022 Ford Expedition Timberline also receives a revised version of the twin-turbo 3.5L EcoBoost V6 engine, developing in this case 440 horsepower and 510 pound-feet of torque. It’s still connected a 10-speed automatic transmission and—obviously—a four-wheel drivetrain. Other Expedition trims get the same engine, but with 375 or 400 horsepower. 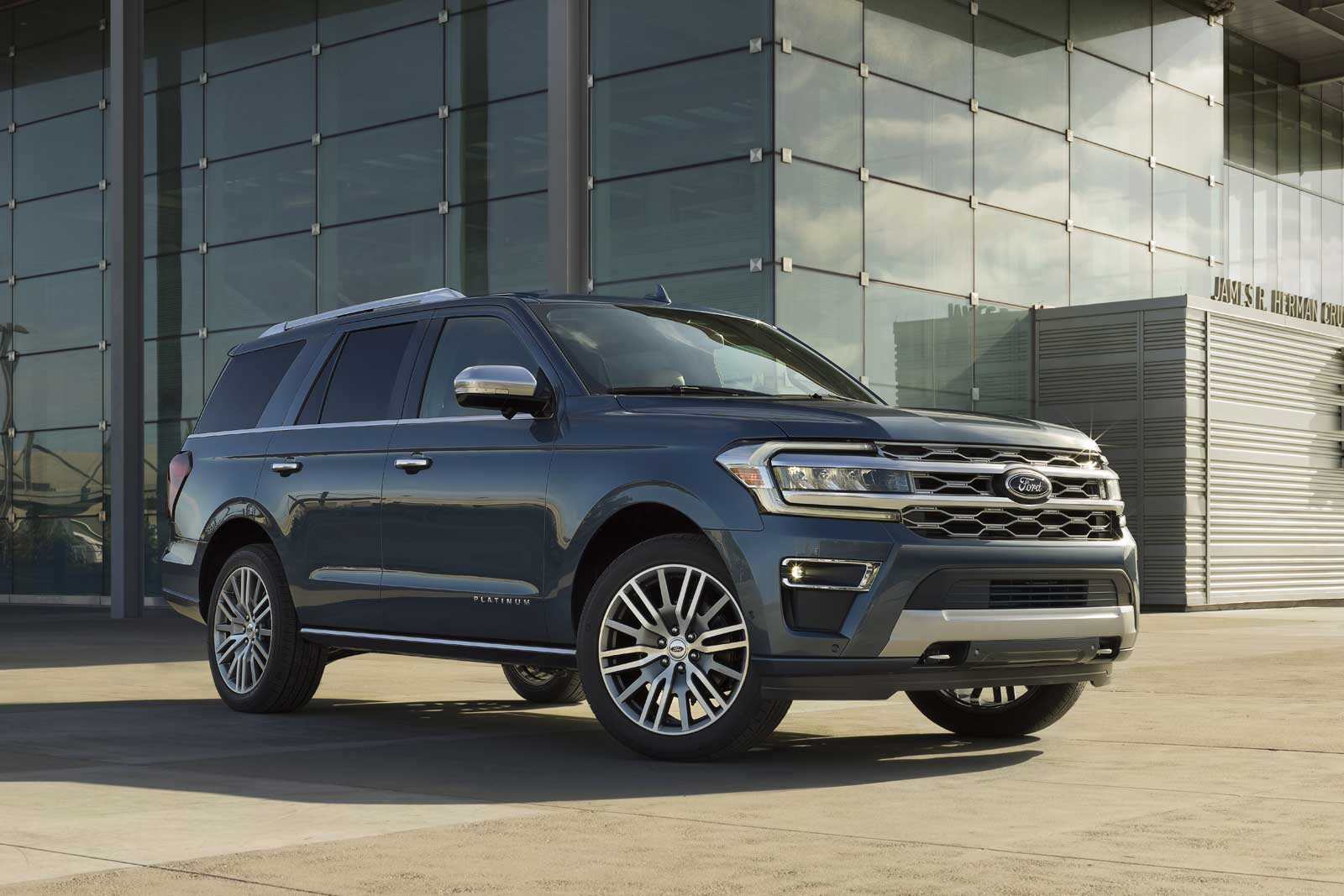 Explaining why the Timberline has been added to the model range, the SUV’s chief engineer Mike Kipley stated that “our research shows more than one-third of Expedition customers go off-road, and almost 30% say true off-road capability is a must-have, which is what we’ve delivered.” 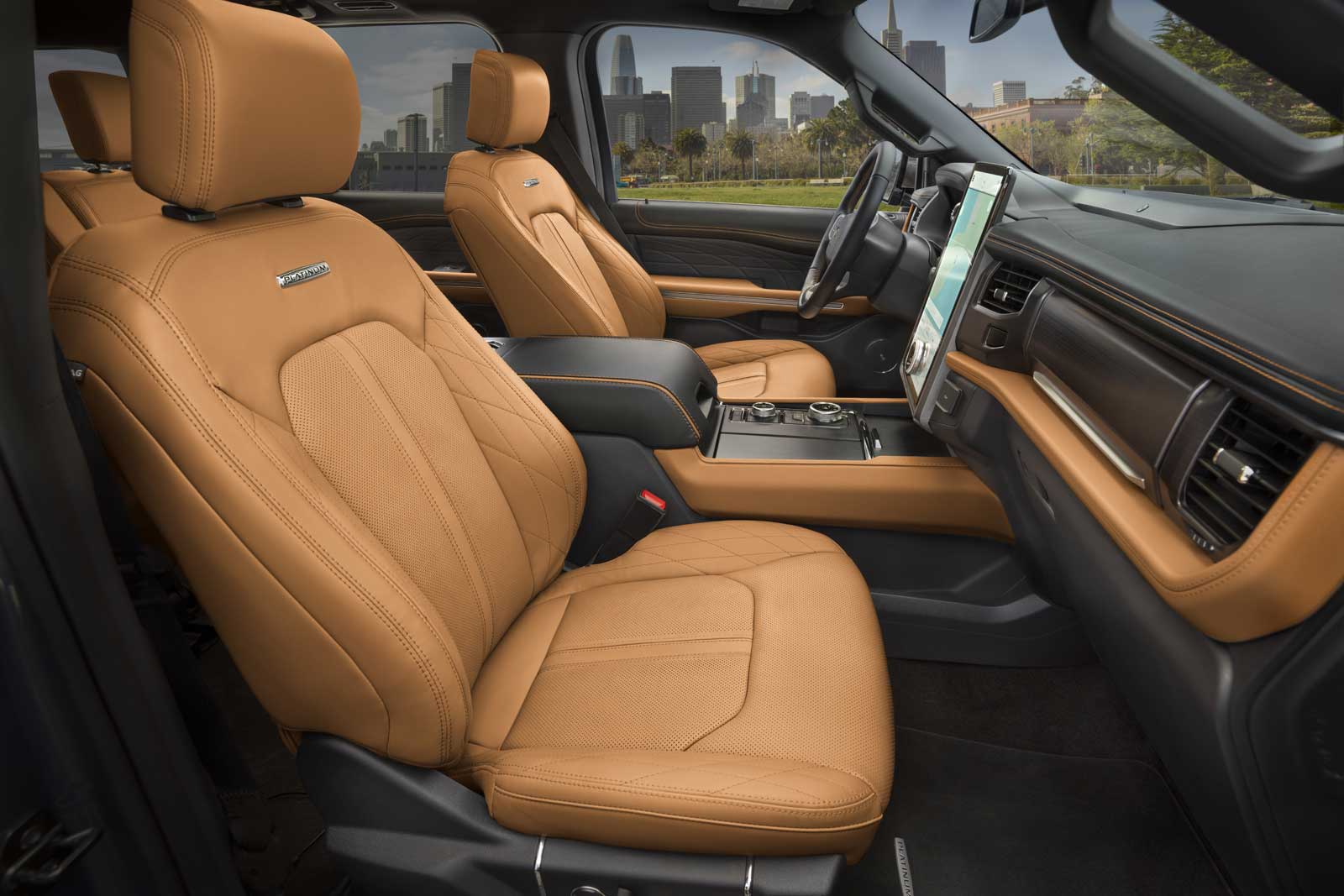 Standard in the 2022 Ford Expedition is SYNC 4, the automakers new-generation infotainment system with over-the-air updates, matched to a 12-inch touchscreen. Uplevel trims can also be fitted with a new 15.5-inch, portrait-oriented touchscreen that’s found in other recently introduced Ford products. A fully digital 12.4-inch driver instrument panel and a 22-speaker Bang & Olufsen Unleashed surround sound system are available as well.

The BlueCruise hands-free driver-assist technology allows for semi-autonomous highway driving on some 130,000 miles of U.S. and Canadian roadways—called Hands-Free Blue Zones—while a driver-facing camera makes sure there’s an attentive human behind the wheel at all times. 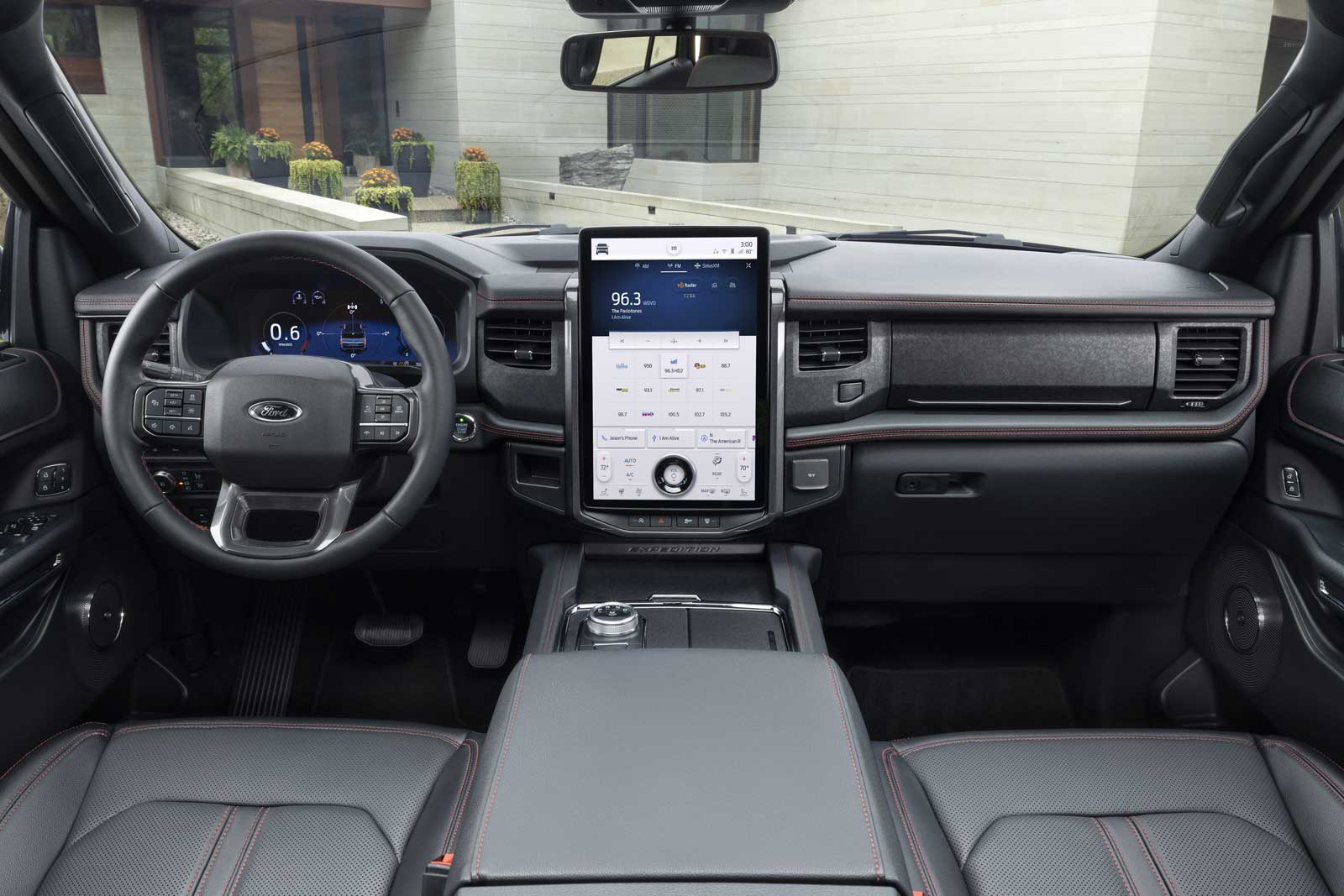 Across the 2022 Ford Expedition lineup that rounds up XL STX (U.S. market only), XLT, Limited, King Ranch and Platinum, in addition to the new Stealth Performance Package and Timberline, other changes include standard LED headlights, revised taillights and new alloy wheel designs.

The refreshed Expedition and Expedition MAX once again compete against the Chevrolet Tahoe and Suburban, the GMC Yukon and Yukon XL, the Jeep Wagoneer and Grand Wagoneer, the Toyota Sequoia and the Nissan Armada in the full-size SUV segment. The 4×2 models (U.S. only) can tow up to 9,300 pounds or 4,218 kilograms, while the 4×4 models can pull up to 9,200 pounds or 4,173 kg. 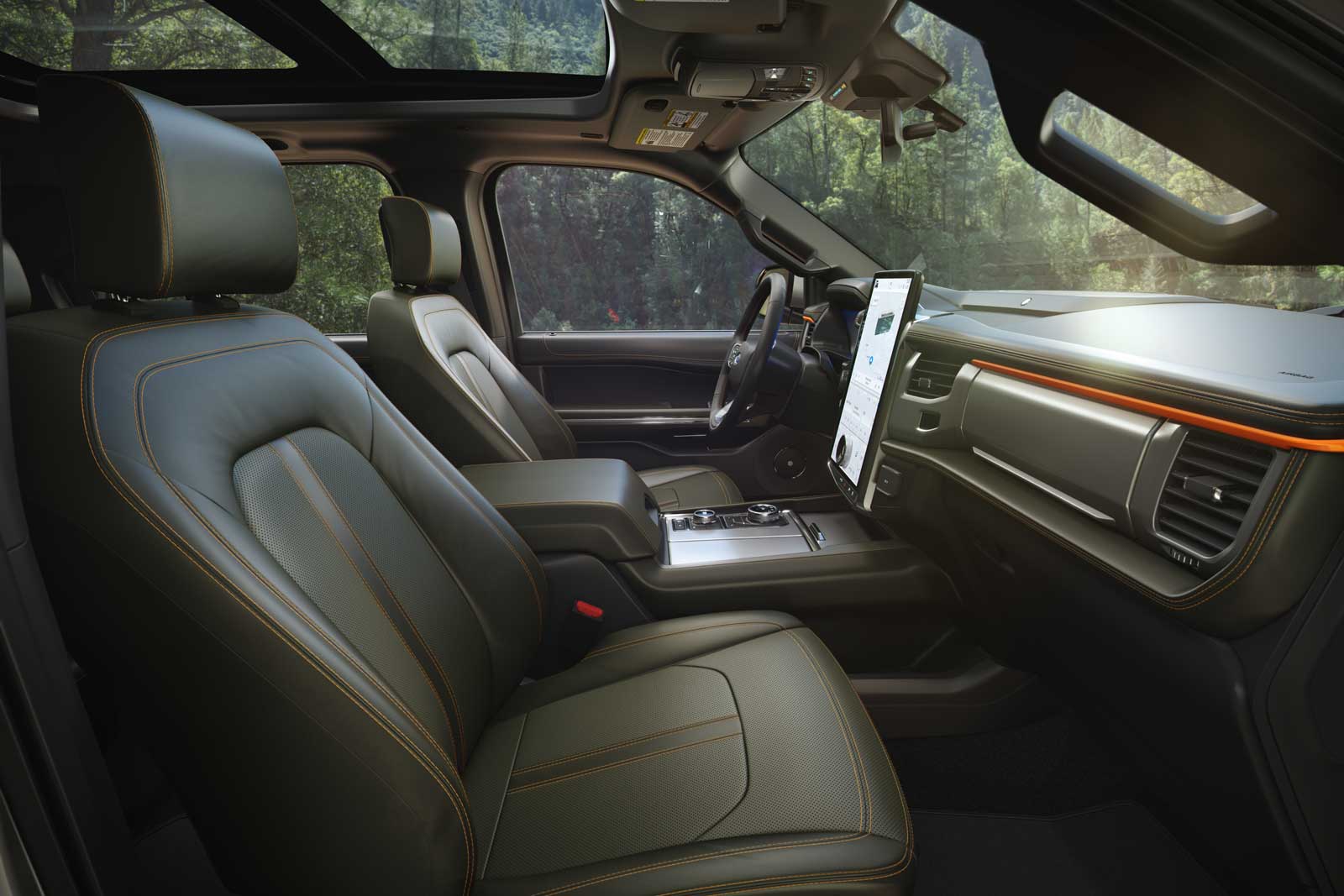 The 2022 Ford Expedition will go on sale in the first quarter of 2022, and pricing will be announced at a later date.

According to Tavares, politicians chose electrification and not the auto industry. Stellantis announced some of its electrification plans last September. Both Stellantis’ CEO Carlos...
Read more
Previous articleIs a Rivian minivan in the plans?
Next articleAlfa Romeo Wants to Buck the Screen Trend