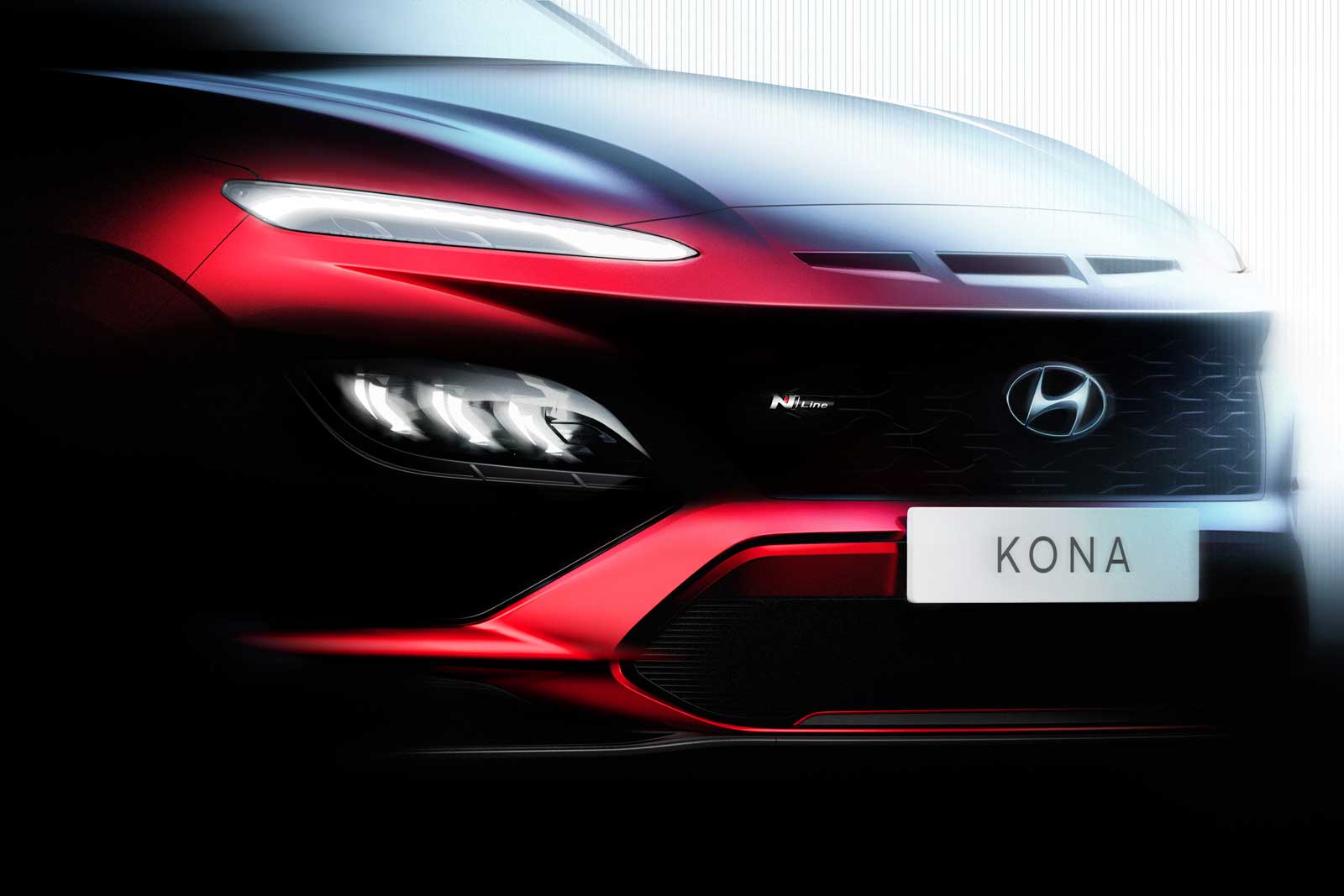 The subcompact crossover is about to get sportier. In appearance at least.

As part of the Korean subcompact crossover’s mid-cycle enhancements, the 2022 Hyundai Kona will boast styling updates in addition to a new and sportier N Line variant.

The released design sketches show a sleeker, yet more aggressive front end, with knife-shaped LED lighting up top and three-projector LED headlight units below. The Kona’s grille is thinner, but wider as well, with the brand logo relocated above. Meanwhile, the lower bumper receives boomerang-shaped accenting. 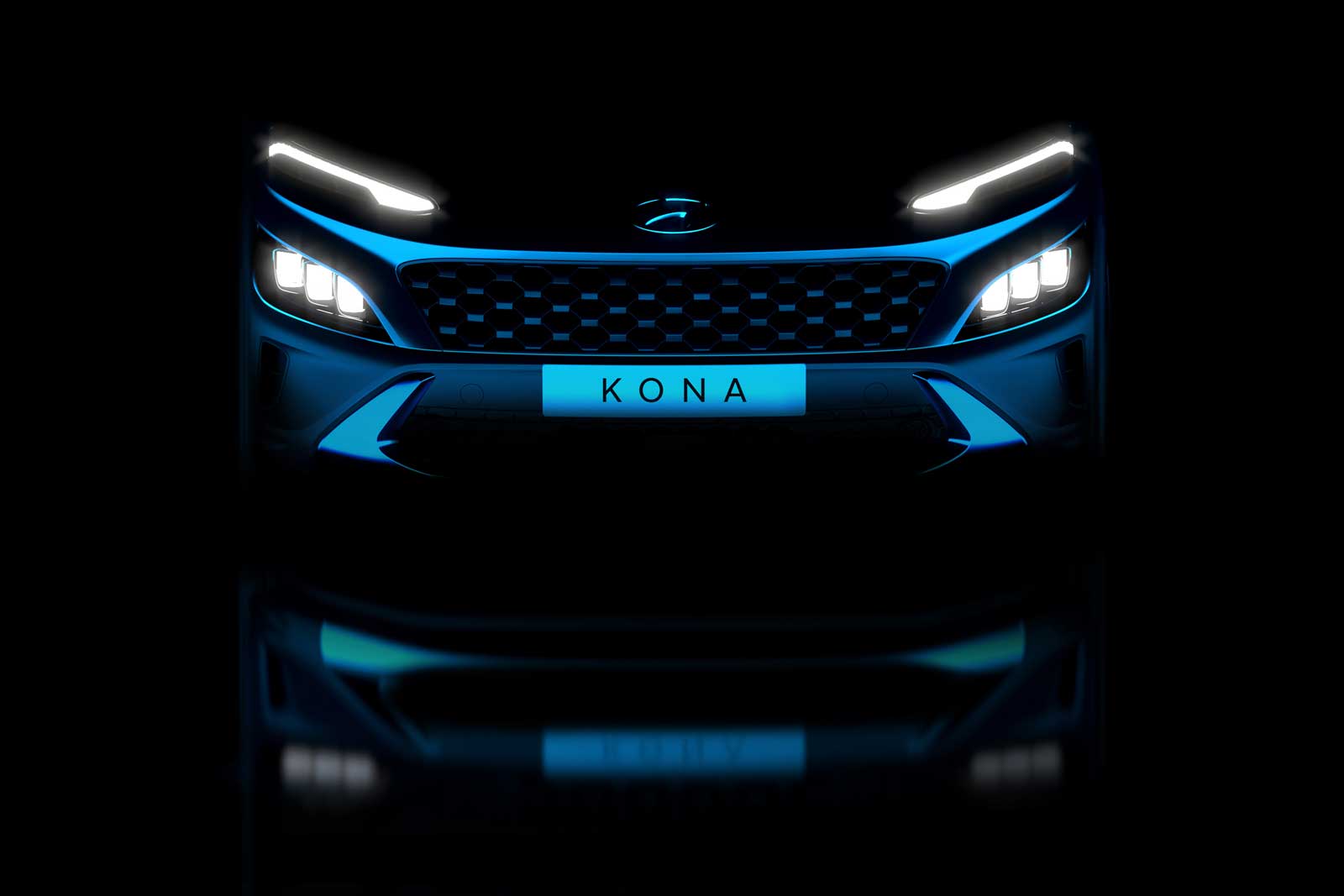 On the other hand, the Hyundai logo will still fixed to the centre of the grille on the 2022 Hyundai Kona N Line, since, the front fascia will wear three air intake slits between the upper light units. The N Line’s bumper will feature a different design as the regular Kona’s, and should get some red pinstriping to match the N Line badge glued to the passenger side of the grille.

That’s all we know for now, but this new Kona should arrive in North America as a 2022 model, as the 2021MY edition has just gone on sale with minimal changes. However, it will likely be available sooner in its home market.

We’re not expecting any changes underhood, with most 2022 Hyundai Kona variants being equipped with the brand’s Atkinson-cycle, 2.0L inline-four that develops 147 horsepower. Pricier versions, including the N Line edition, will benefit from the turbocharged 1.6L four that produces 175 horsepower. As before, front-wheel and all-wheel drivetrains will be available. 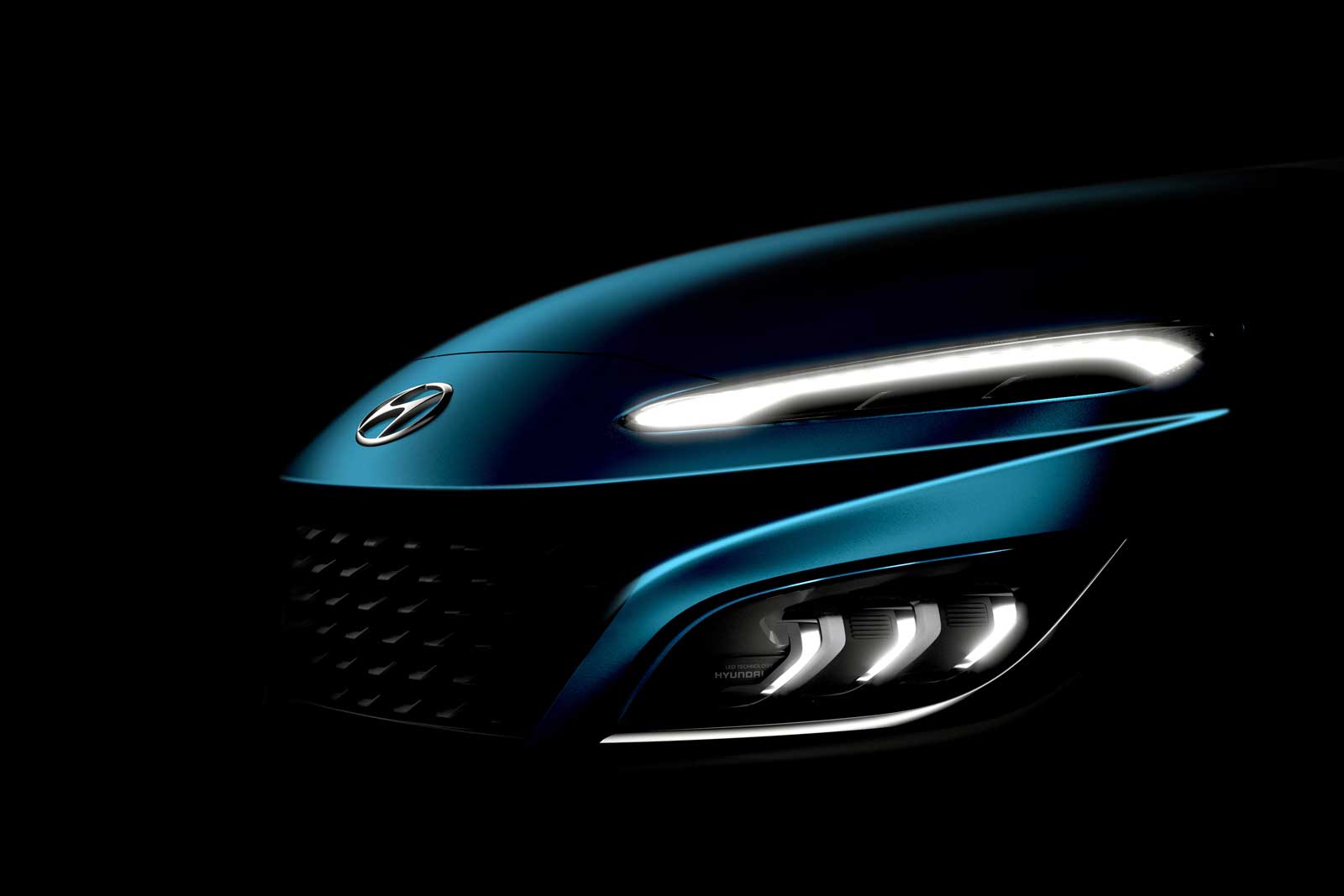 Hyundai is called the Kona N Line “an attractive entry point to the N brand,” which tells us that it will be more affordable than the upcoming 2021 Hyundai Elantra N Line and 2021 Hyundai Sonata N Line. For those who missed the memo, the Elantra GT hatchback will be cut from U.S. and Canadian lineups after the 2020 model year. Why? Because everybody is buying the Kona instead, which costs the same—but is smaller and less practical. Go figure.

And if recent spy shots are any indication, the 2022 Hyundai Kona should also be available as a full-blown N variant, likely sharing the Hyundai Veloster N’s 275-horsepower, turbo 2.0L four-cylinder engine.

The brand’s CEO made the announcement during the Genesis dealer meeting. This model could be priced around $200,000 to $300,000. No specifications have...
Read more
Previous article2020 Ford Escape Hybrid Review: The Better Escape
Next articleEngineer’s Profile Adds Fuel to 2023 Bronco Raptor Flames