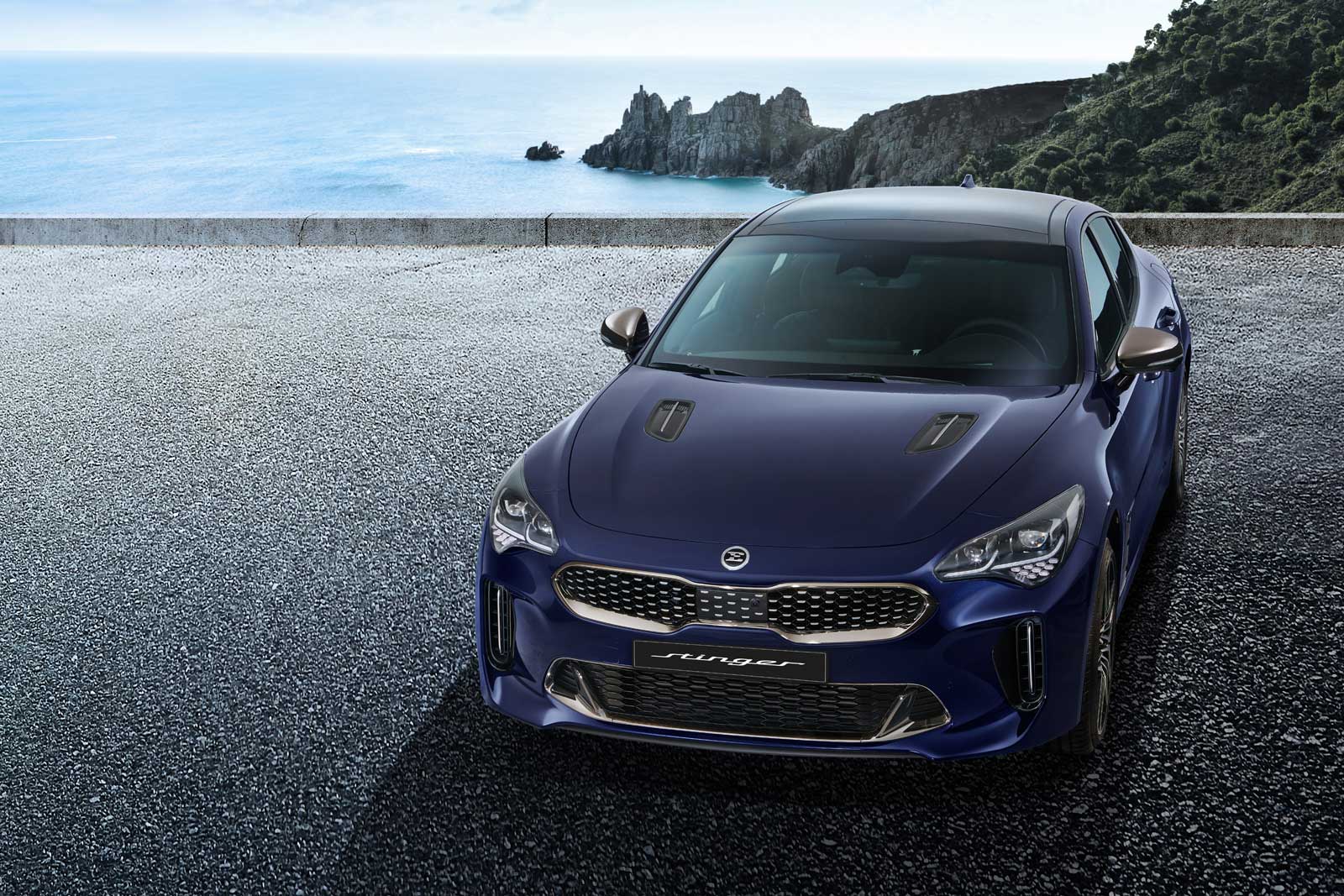 Minor changes announced so far, but the company is promising a new powertrain line-up.

The Kia Stinger will receive a mid-cycle update that includes exterior and interior styling changes, new cockpit colours and materials as well as enhances to its infotainment system.

The performance fastback sedan is scheduled to go on sale in Korea in the third quarter of 2020, and will eventually reach global markets, with improvements that are said to “amplify its gran turismo character.” It will once again rival models such as the Cadillac CT4-V and upcoming Acura TLX Type S, but also the Mercedes-AMG C 43, the Audi S5 Sportback and the BMW 4 Series Gran Coupé with a more affordable price tag.

New LED headlamps and daytime running lights adorn the Kia Stinger’s nose, while the rear end receives reshaped taillights that still extend over the full width of the car, with a LED checkered-flag pattern. New 18- and 19-inch alloy wheel designs are available as well, in addition to a new dark blue paint color that should be offered in many markets worldwide. 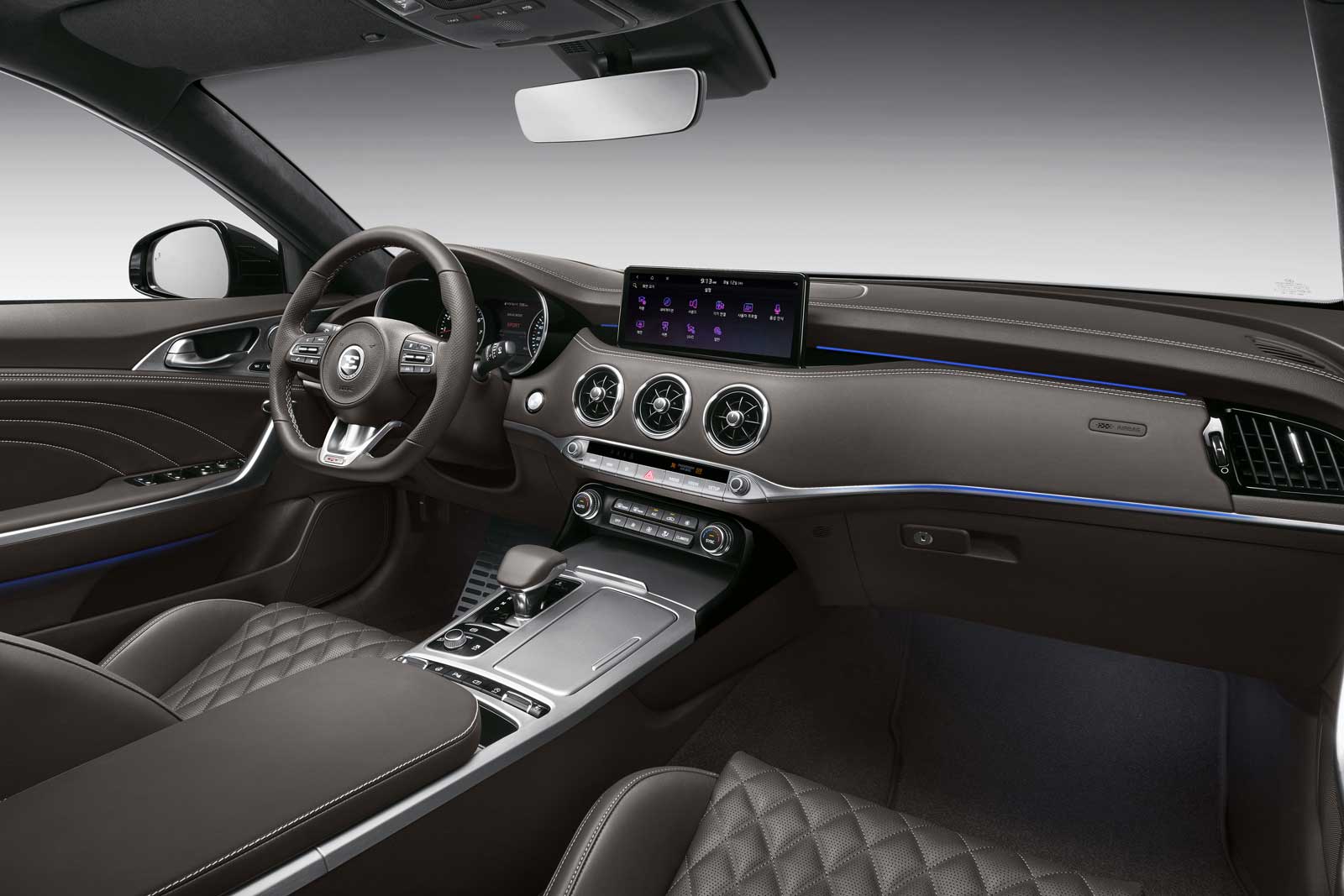 In addition, Kia will be offering two exterior appearance packages. The Dark Package adds a glossy black bumper air diffuser, black exhaust tips and a black Stinger emblem on the hatchback. The North American market will also get a Black Package that rounds up 19-inch matte black alloys, a rear wing as well as black mirror caps and fender trim.

Although there are no significant changes made to the Kia Stinger’s cabin, it does receive a metallic finish to the lower part of the steering wheel, along with a chrome surround for the seven-inch digital driver instrument cluster. Contrast stitching can now be found on the door panels and dashboard, while aluminum or carbon fibre trim can be chosen to spruce up the centre console. The 10.25-inch infotainment system touchscreen gets a resolution upgrade, while a new ambient lighting system offers a choice of 64 colors. A frameless rearview mirror is also thrown in for good measure. 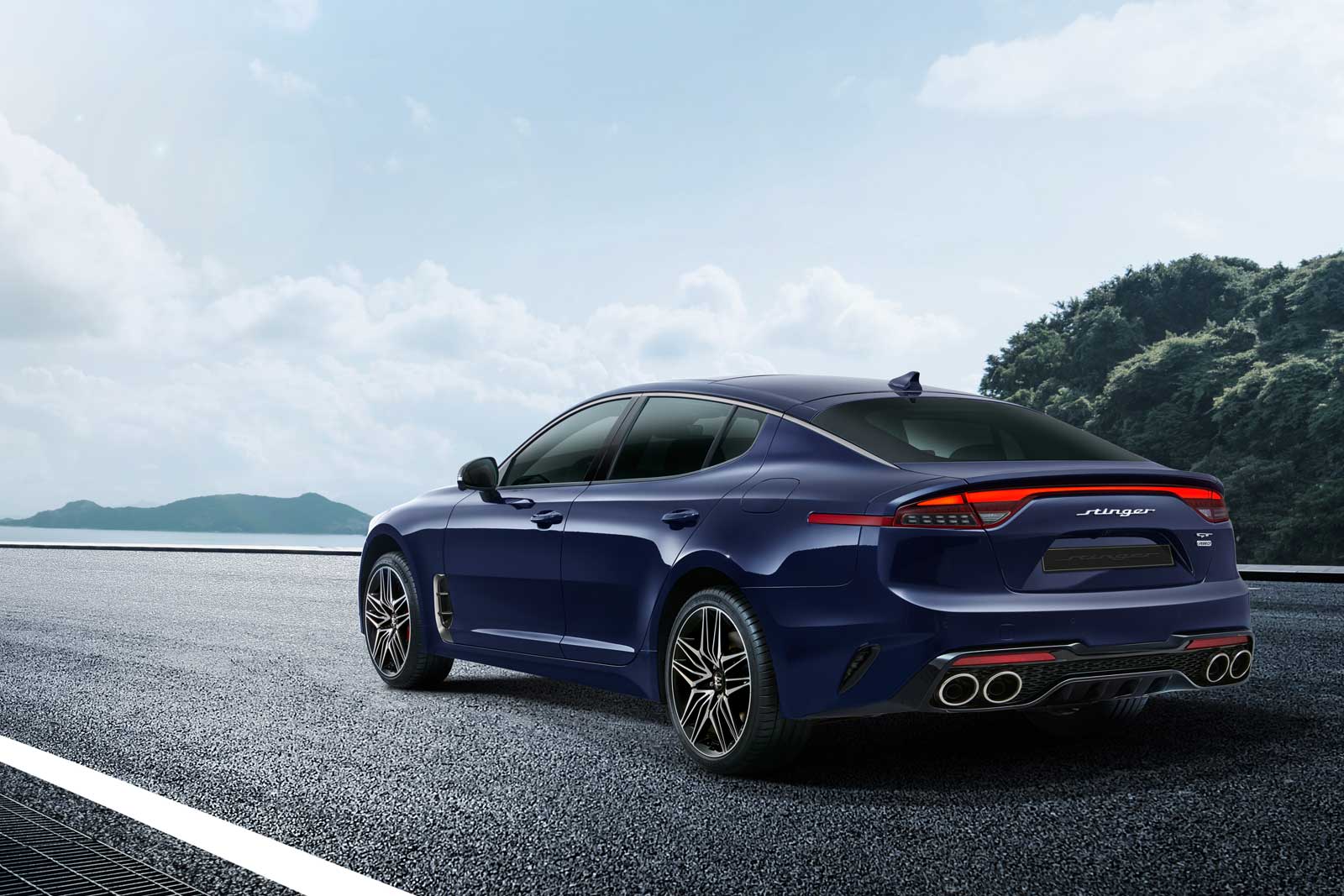 The Kia Stinger’s Nappa leather upholstery can now be had in black, red and beige, while a Saturn Black option adds suede seating with red contrast stitching. The Korean market also benefits from an available Dark Brown interior with ultra-soft diamond-quilted Nappa cowhide.

No changes are to be found under the hood. In the United States, the base GT-Line is equipped with a turbocharged, 2.0L inline-four that develops 255 horsepower, connected to a rear-wheel drivetrain or optional AWD. The GT, GT1 and GT2 trims benefit from a twin-turbo, 3.3L V6 good for 365 horses and either RWD or AWD configuration. Both engines are paired to an eight-speed automatic transmission with wheel-mounted paddle shifters. Meanwhile in Canada, the Stinger is offered in GT and GT Limited trims, both using the twin-turbo V6 and AWD.

The company will announce powertrain and other technological updates later on, which means the Kia Stinger could inherit the new 2021 Genesis G80’s engines—a 300-hp turbocharged 2.5L four and a 375-hp twin-turbo, 3.5L V6. However, an engine swap seems unlikely as this point in the Stinger’s production cycle. 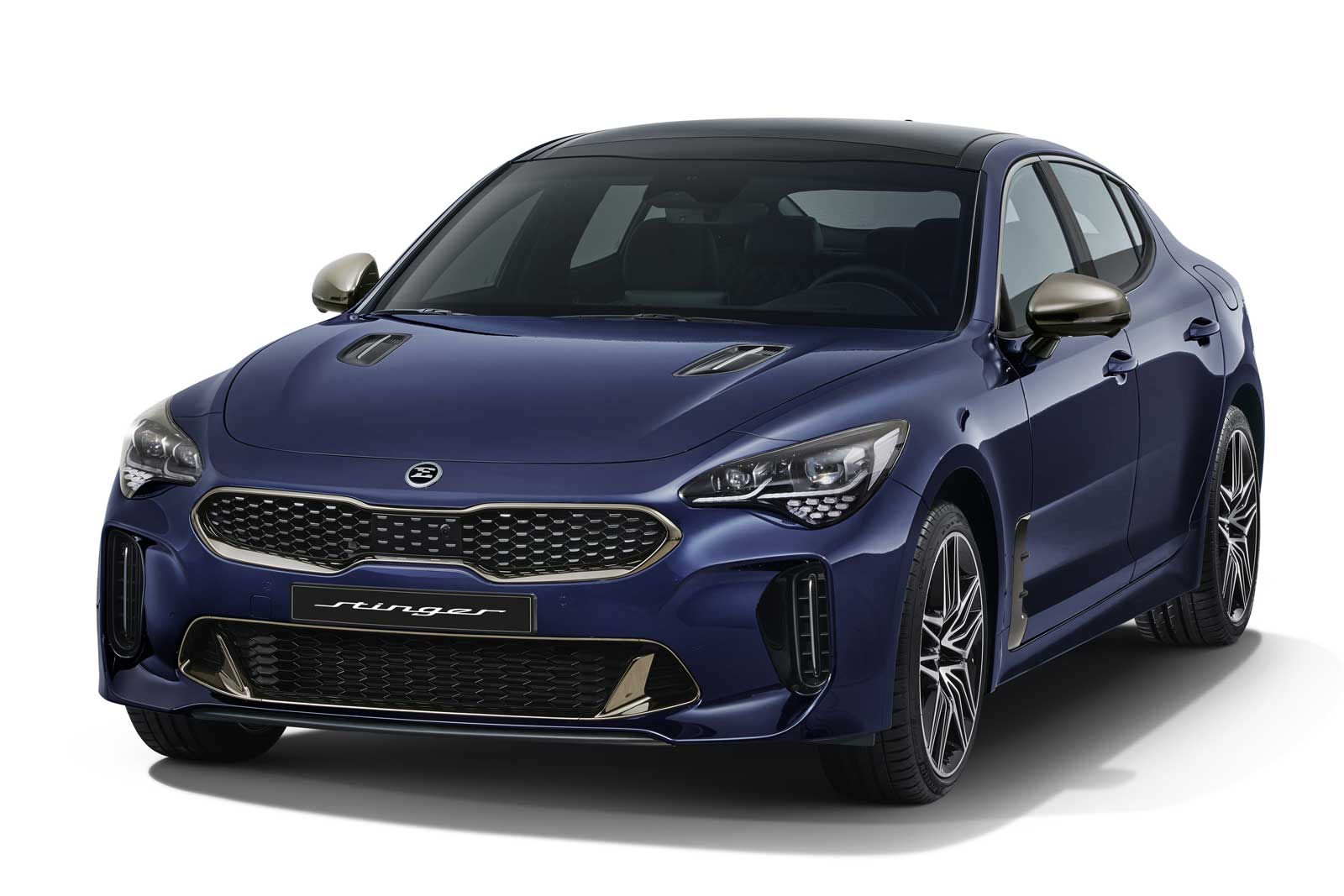 “The Stinger projects an air of elegance and comfort, and also great purpose, for long distance driving. The updated model builds on the svelte gran turismo design we introduced three years ago with modern flair and a subtle hint of aggression to enhance its on-road presence,” said Karim Habib, Senior Vice President and Head of Kia Global Design. The Canadian designer, who previously worked for BMW, Mercedes-Benz and Infiniti, also stated that “the interior, too, has been enhanced, and the new design elements and technologies incorporated into the Stinger reconfirm its credentials as the consummate grand tourer.”

So far, the only change announced for the 2021 Kia Stinger in Canada is the addition of a Neon Orange package and paint job for the GT Limited trim, with pricing starting at $51,995. It will be available in the fall of 2020. No word yet on 2021 model-year changes for the U.S. version of the Stinger.