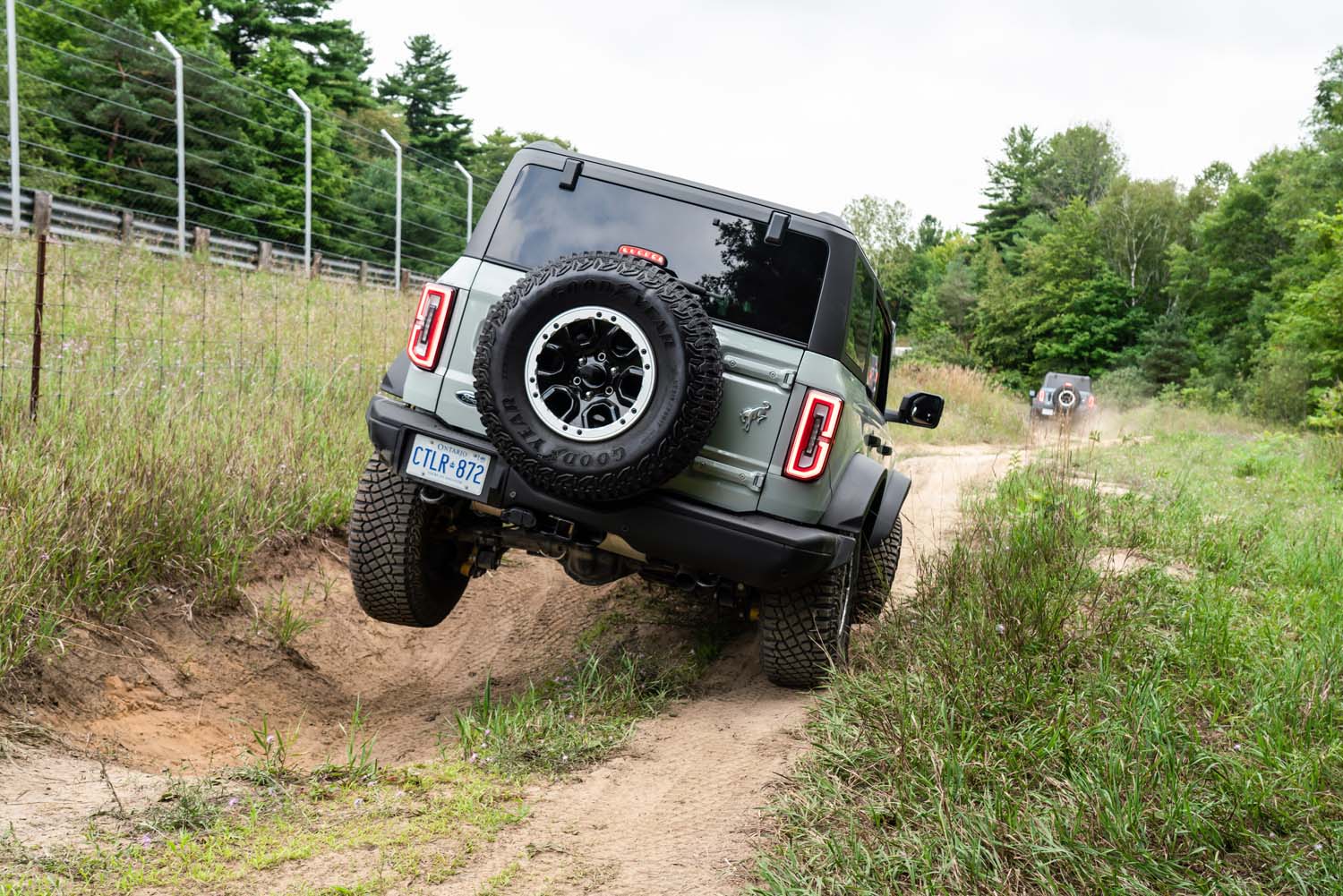 Ford getting soft to get more Broncos out the door

The Ford Bronco Wildtrack, the top trim of the off-roader, was only offered with a hardtop for 2021. For 2022, says a new report from The Bronco Nation, the Wildtrak will get a soft roof as standard with the hardtop prep kit included and the solid roof will be an option.

The report calls it an effort to lower complexity and remove constraints after Ford has had significant delays in 2021 Bronco production and deliveries related to issues with the removable hardtop offered on both two and four-door models. The 2021 model Bronco is expected to see production run later into the year than is normal to help with the backlog of orders, but more news on the 2022 model is expected soon.

According to the news, orders for hardtop Broncos that don’t yet have a scheduled production date to go along with them will be pushed back to model year 2022. Ford has also said that ’21 Bronco owners with the hardtop will get a replacement roof because of the issues with the tops, though it calls the problem an appearance issue, not a functionality issue.

So if you already have a pending order for a Bronco and are tired of waiting, a switch to a soft-top might get you your vehicle more quickly. If you’re willing to wait, though Ford has continued to offer gifts to inconvenienced customers including price protection, free headliners, invites to exclusive events, as well as service and event vouchers and points.

The Ioniq 6 takes most of the styling cues found in the Prophecy concept Sustainable materials are used throughout the interior The technical...
Read more
Previous articleFord Launches Ice White Edition Appearance Package for the Mustang Family
Next articleChevrolet EVs Latest Affected By Microchip Shortages