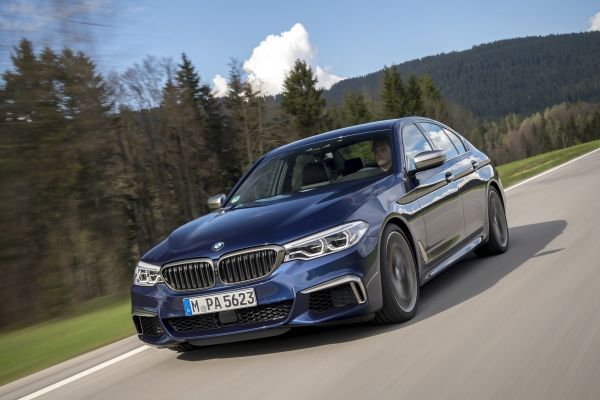 Back to small kidneys for next 5 Series

Worried about the BMW big grille trend moving to all of the brand’s lineup? A new report says you can stop, and that the next-generation BMW 5 Series will stick with tradition and get a normal (for BMW) nose the next time it is restyled.

BMWBlog says it has sources that tell it the next-gen 5er will have a more “normal” design. Something more tame than the extra-tall grilles that have accompanied the latest 3 and 4 Series as well as the X7. It appears that 5 Series buyers, still one of the brand’s high-selling models globally, are looking for something that’s a little more conservative.

The same report says that the interior of the next 5 will be very similar to the next-generation 7 Series. That isn’t entirely helpful, though, as we haven’t seen the inside of said 7 Series just yet.

Lastly, a BMW i5 version is coming in 2023, says the report. Much like the i4, it will probably be a version of the same vehicle but fitted with a new powertrain rather than the entirely EV-dedicated iX model.

BMW’s large kidney grilles have been controversial, and while we didn’t think that sales were negatively affected by the attention, if BMW is planning to go back to something more traditional, there may have been some internal conflicts. The refreshed 2 Series, first seen earlier this year, also kept it smaller grilles, but as that was a refresh and not all-new, it’s not clear what could happen to that model next.

Five versions of the EV6 will be offered. The least expensive dual-motor version, the Wind, retails for $50,900. The EV6 arrives in showrooms...
Read more
Previous articleNew Nissan GT-R Revealed Tomorrow
Next articleU.S. Democrat EV Tax Credit Proposal Would See Up to $12,500 Credit